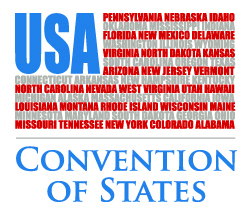 Counterpoint: Setting the Record Straight on the Convention of States

Misinformation about the Convention of States Project has been spread far and wide across the Commonwealth. As Winston Churchill once said, “A lie gets halfway around the world before the truth has a chance to get its pants on.” Unfortunately, the same is true for plain old misinformation and conspiracy theories.[read_more]

My background is in constitutional law. Before I became involved with the Convention of States Project, I worked for several years as a staff attorney for The Rutherford Institute, protecting individual civil liberties from government intrusion. I have now dedicated over a year to studying and researching the law and history concerning Article V. Please allow me to set the record straight on some key points.

By contrast, an Article V Convention proceeds under the authority of Article V and is therefore subject to the prescribed process of Article V.

If what the states wanted was a “Con-Con,” why would they bother to go through the formalities of Article V?

Case in point: Article I, Section 8, gives Congress the power to “provide for the common Defence and general Welfare of the United States…” Reading this text on its face in a posture of intellectual honesty, it’s difficult to explain why it is so totally wrong for Congress to have unlimited spending power. To demonstrate why and how the Constitution does, in fact, limit Congress’ spending power, we have to rely on the history behind the Constitution and our understanding of the drafters’ purpose and intent.

But all that isn’t in the text. So the Supreme Court (believing that the drafters meant for them to interpret the Constitution according to the changing times) has interpreted this phrase as providing Congress with virtually unlimited spending power.

The Convention of States Project would allow us to clarify the actual, intended meaning of the General Welfare Clause in an amendment that limits federal spending power through clear, unambiguous language. Does anyone really think that is a bad idea?

This argument is an underhanded scare tactic launched by those who choose to cower in fear rather than using our power to restore our Republic.

Which is more likely: that 38 states will ratify a repeal of the Second Amendment, or that within the next several years, 5 unelected Supreme Court Justices will “interpret” the Second Amendment in a way that dramatically restricts our right to keep and bear arms?

We need a constitutional amendment to restrain judicial tyranny through meaningful checks on the Court, thereby securing our Second Amendment rights. If we refuse to use Article V out of pure, unsubstantiated fear, we will be to blame when the courts “interpret” away our liberty.

The brave souls who fought a Revolution to free us from tyranny pledged their lives, their fortunes, and their sacred honor to that end. As we watch our federal government mutating rapidly into a socialist regime, are we really ready to balk at the prospect of a meeting of state representatives to merely propose amendments to restrain federal power?

If so, then there is more to fear than you have been told, because Congress holds this same power to propose amendments under Article V any day it is in session. And by and large, it doesn’t seem interested in restraining itself.

I urge each one of you who cares about the future of our country to shake off your fear and join me in supporting the Convention of States Project. It is the only tool in our arsenal powerful enough to restrain our runaway federal government.