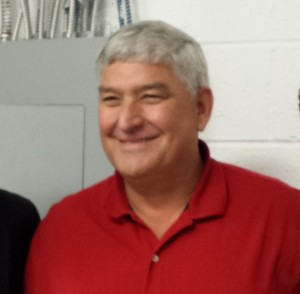 The Virginia Citizens Defense League (VCDL) were the guys with the booth in the corner of the gun show for me. I didn’t need another group in my life or more emails so I didn’t investigate. I was (and remain) an NRA member. I own guns and I am a permitted conceal carry guy. If I don’t have a drink in my hand and I’m not in a “gun free zone” – I’m armed. I do have differences with my VCDL brethren – I allow you to choose. I won’t get in your car, enter your home, or force my pistol on you – I’ll let you decide. But I digress…

My first confrontation with VCDL came in the good old days when Ken Cuccinelli was our Attorney General and the Washington Redskins were winning. As the local GOP chairman, I got a call from the AG and he wondered if I could throw together a gathering of Republicans in a location where we could all watch the upcoming Redskins’ football contest. I guess Ken might not have been washed in VCDL ideological correctness either as our suggestion of the centrally located and well equipped sports bar “Buffalo Wild Wings” didn’t trigger an alarm in either of us. They had room, would accept our reservation, what’s the problem?

After launching the invitation I got hate mail from two VCDL enthusiasts. I think that I deflected the outrage with a discussion of rights (yes, Buffalo Wild Wings has them!), the fact that Ken was THEIR Attorney General too, and a healthy dose of the Constitution. You see, I’ve read more than one sentence. I also told one of my antagonists that if he could find an ideologically pure location that met all our criteria, to let me know. I believe that’s the last time I’ve heard from him.

Fast forward to Saturday January 18th 2014. My church hosts a “wild game supper” every year and I was keen to attend. However, the most important thing going on that Saturday was door knocking in Loudoun County where the political center of gravity of Virginia’s Senate was being fought over. A special election in three days might push the Senate into our arms. After door knocking for the reliably conservative John Whitbeck that morning, I made it just in time for the supper. Imagine my surprise to see 200-300 Baptists milling around sporting red “Guns Save Lives” stickers. I popped one on too.

Later the VCDL representative addressed the group about a demonstration planned for Monday in Richmond—the day before the election! I was amazed…he was seeking human props to go in exactly the wrong direction—he would have them go South to Richmond instead of North to Loudoun where the real battle was going to be waged. They were looking for 600 breathing mannequins. Stupid.

I suppose that demonstrations have their purposes. University studies indicate that it increases political activity – in particular voting – in the locations where they occur. What they aren’t sure of is whether they stimulate the voters who agree with the protesters or motivate the people who fear the agenda of the protesters. We do know what works – and again – the center of gravity of the Senate and certainly the guns rights battle was 130 miles away from the VCDL gesture. The utter irony and futility of the VCDL effort seems ludicrous even today. Exactly the wrong target, at exactly the wrong time. I didn’t know it, but it was about to get worse.

The worst occurred this past election. I am on the VCDL list. Perhaps it was the cost of picking up that red sticker, or perhaps they got my email from a list of actual conservatives. Anyway, locked in mortal political combat with our enemies I didn’t have time for VCDL emails anyway. That is until one of our members sent me a frantic email demanding that Ed Gillespie answer the VCDL survey. This isn’t unusual, as everyone and their dog seems to have an election survey. As the Party Chief I get asked to pressure candidates to answer them. I usually don’t take sides; I just make the campaigns aware. That’s what I did this time—they were already aware.

As Election Day grew closer, the demands grew more and more shrill. They also included the threat to not vote for Ed Gillespie. I didn’t think anyone was that stupid. A second VCDL member joined the cacophony—Ed must bow to the altar of Van Cleave. The NRA endorsement was irrelevant, you must submit!

I read the survey in question and I wouldn’t sign it. But the demands grew more and more shrill. VCDL emails continued to pound the issue while implying that some evil reason was at work, that anyone who wouldn’t answer their stupid survey was unreliable. The mantra was “submit to us or we won’t vote for Ed.”

Then, in the midst of the final days of the campaign, a pistol packing gentleman walked through the door of our office—the very sure sign of the VCDL faithful. He was there to find out—you guessed it—why wouldn’t Ed answer the survey? He was less strident and shrill than some of the others, but his message was clear: no survey, no vote.

Then the final betrayal. VCDL emails trumpeted the fact that Sarvis, starved for attention in every other corner of the electorate, had answered the survey! The implication to those prone to political suicide was clear: vote for the guy who curtsied to Van Cleave.

We experienced a drop-off of 0.38% in Prince William County. That means that 361 people who went to the polls and could have voted in the Senate contest didn’t. That wouldn’t have closed the distance here in my county. If you apply that factor across the State you still don’t overtake Warner, but you get closer. Of course, you don’t know how many votes VCDL kicked to Sarvis, and of course there are enough votes in that column to change the outcome.

So, for all you VCDL supporters in Virginia, when you bounce your grandson on your knee and he asks you “What did you do in the great election of 2014 grandpa?” You will have to look at him and say “Well, I shoveled Philip Van Cleave’s crap and helped the good guys lose.”

Republicans and particularly Conservatives shouldn’t be patting VCDL on the back. They should be saying “What the &#^$& were you thinking?!?”