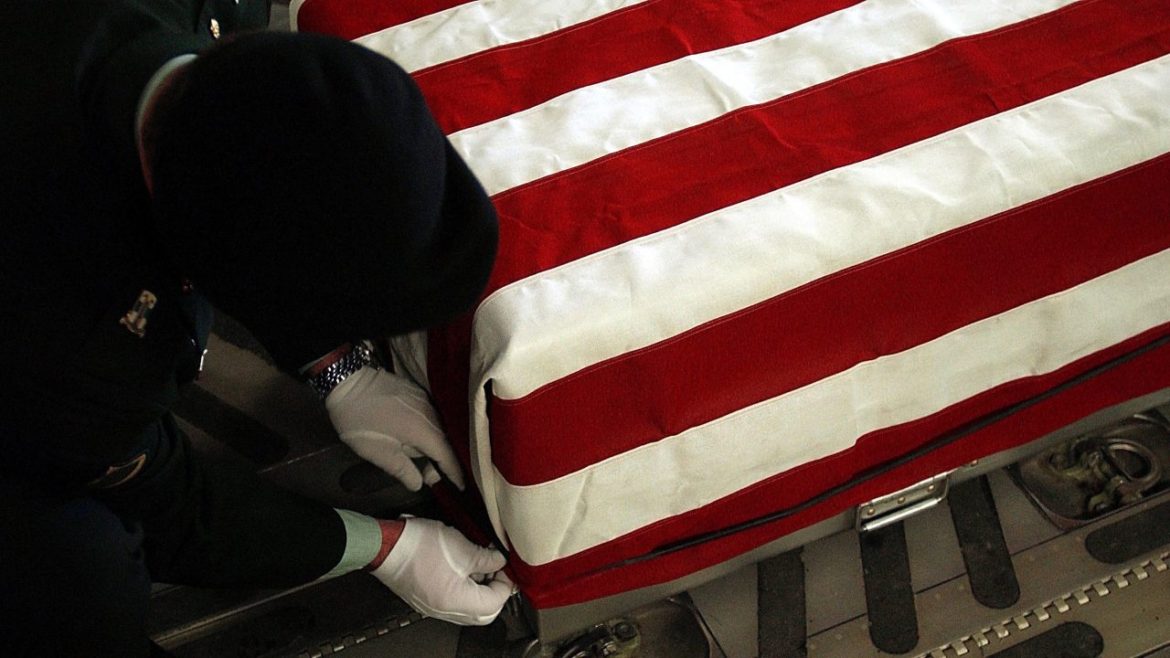 Courage is not always about successfully standing against opposition, but the willingness to attempt to do what’s right, even if you are defeated.

It broke my heart to watch this video:

This woman, Pamela Gaudry, wanted to do something precious for one of our fallen soldiers when she found out he was being transported on her flight. She went around to several passengers asking to join in singing the National Anthem when they landed, in honor of the fallen hero.

Then a Delta flight attendant informed her that this would be against company policy and asked all passengers to remain silent. Pam, in fear of the consequences, complied. And for that she feels as though her attempt wasn’t courageous. A disappointment.

Though the survivors of war may feel that way about the ones they’ve lost Pam, the answer in the eyes of those of us not courageous enough to even attempt what they do is: No. They are no less courageous and are never a disappointment, even in defeat.

I commend Pam for her courage in the attempt, something I don’t think I would have even thought to attempt in honor of those who protect my liberty. God bless her courage, even in defeat.

This is the stage in warfare where a nation has been fighting so long that no one gives a shit anymore. That’s why you go in kick ass and get the hell out. Otherwise don’t go at all. Because if you don’t, the next casualty is the national psyche.

Since when do we sing the national anthem when a flag draped coffin goes by? I have always stood silently and respectfully. I thought the women acted like an a s s to be truthful.

I generally agree, but this woman was inspired to honor the dead soldier in a different way. In the end, she was ashamed of herself for not singing. Me, I would probably have sung “God bless America” not the national anthem.

but why doyou blame this on Obama?

My combat vet husband says silence is the best way. Maybe after the soldier is placed on plane?

I don’t think it’s acting like an a$$ to want to honor a fallen soldier. Whether singing the national anthem versus a moment of silence is the better choice is completely irrelevant. It is her intention that matters most – and her intent was to honor the memory of a man who made the ultimate sacrifice for his country, which is never, ever the wrong thing to do.

Sometimes you just have to do the right thing or “damn the consequences, full speed ahead”. At least she recognized the importance of the event and was stunned into silence by this supposed policy. Unlike the pampered “W” and the vicious Obama, we have to be free Americans not willing to be subjected to globalist suppression.

Vicioius Obama? You are an idiot, free from facts:

“A Delta spokesperson confirmed to us that there is no company policy on singing the national anthem aboard planes, but added that their employees “take great pride in Delta’s longstanding support of the military,” which includes voluntary participation in honor guard ceremonies to pay tribute to deceased service members transported via the company’s aircraft. He appeared to suggest that the employee in question may have thought the singing of the anthem would disrupt the solemn ceremony”

Where is this the fault of Obama, or even Delta – this was the flight attendant – but you seem to want to avoid any idea of personal responsibility and blame the gov’t or big bad business for all evils – typical radical right republican