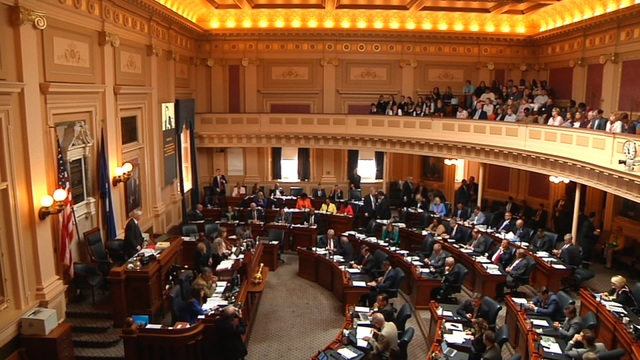 A federal court has redrawn the map in 11 contested districts in the House of Delegates.  This will mean Republicans stand to lose 5 or 6 seats in the House, including the seat of Speaker Kirk Cox and Appropriations Chair Chris Jones.  The court order: 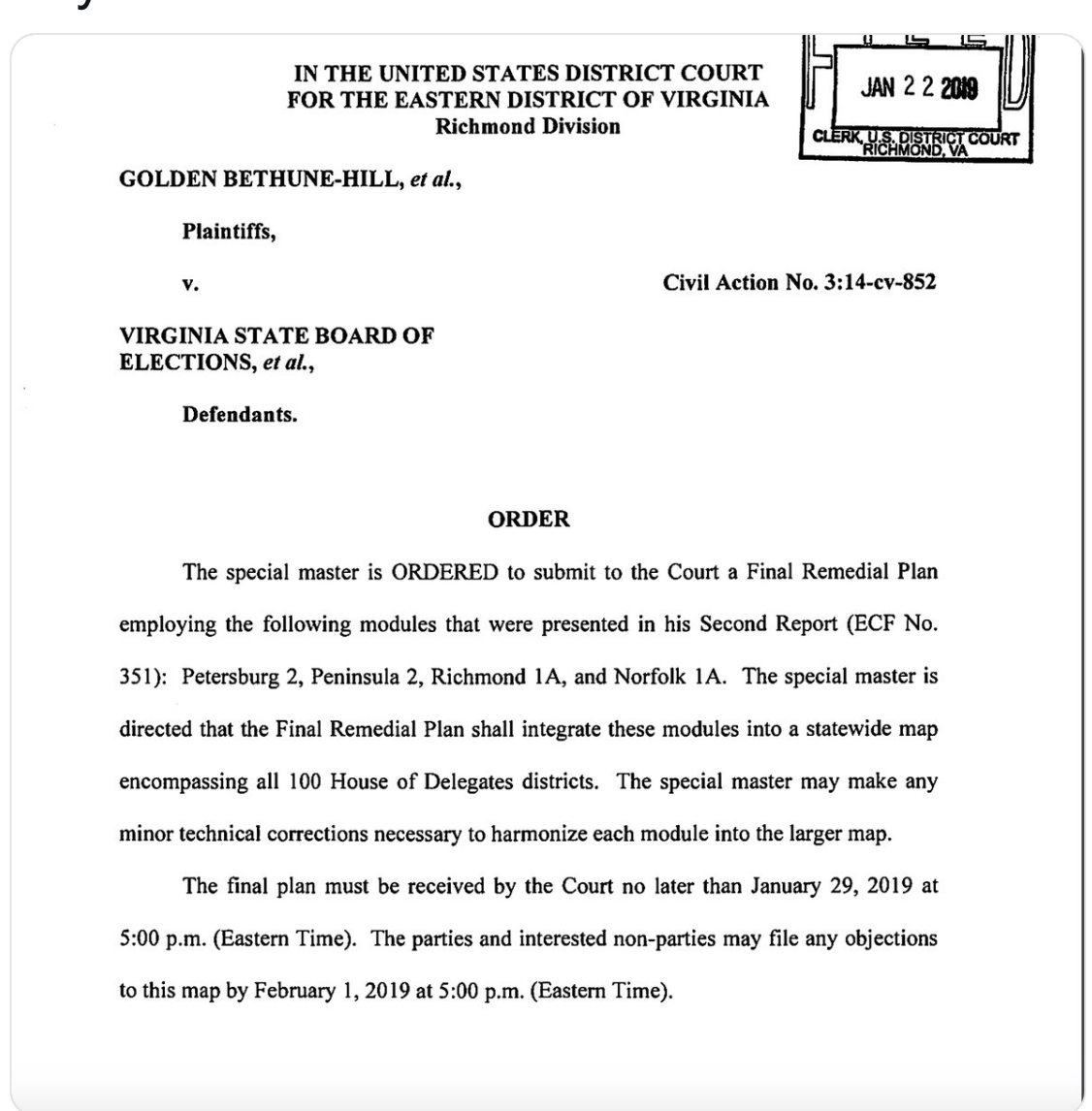 VPAP.org has compiled maps of the new districts here.

Republicans currently have 51 seats and Democrats have 48 pending the outcome of a Feb. 19 special election. All 100 House seats are up for election in November. If the map survives Republican legal appeals and takes effect, it could tilt five to six GOP-held districts toward Democrats.

“It would nearly guarantee a Democratic takeover of the House of Delegates,” said Larry Sabato, head of the Center for Politics at the University of Virginia.

In a statement, Cox said Republicans will continue their legal battle to defend the existing House map, and “are prepared to defend and rebuild our majority in the House” regardless of the outcome.

“The Eastern District Court selected a series of legally indefensible redistricting modules that attempts to give Democrats an advantage at every turn,” Cox said. “The modules selected by the Court target senior Republicans, myself included, without a substantive basis in the law.”

With House Republicans controlling the House by a very small margin, 51% to 48%, the redistricting could easily flip the House to Democrat control.

Much more on the story with maps showing the changes are here at Bearing Drift.  The Democrats perspective on the proposed district changes can be found at BlueVirginia.org.

It is likely the Republicans will appeal the ruling to the Supreme Court.