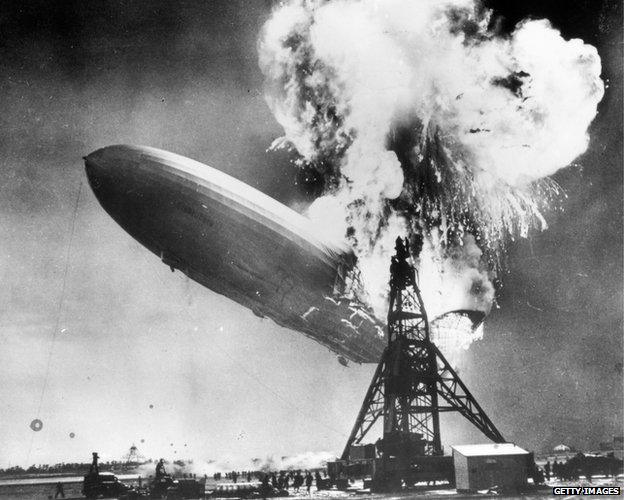 Crash of the Great Airship Collusion

“Oh, the humanity!” was the emotional on-air lament of radio announcer Herb Morrison,1 as he watched the fiery crash of the Hindenburg on May 6, 1937. Somehow the giant, hydrogen-filled German zeppelin caught fire and blew up as it prepared to dock in Lakehurst, New Jersey. Thirty-six people were killed in the tragic accident. Various theories of what caused the catastrophe – including deliberate sabotage – have been expounded ever since, but none has ever been proved.

I thought of that historic wreck last week, when U. S. Attorney General William Barr released a summary of Special Counsel Robert Mueller’s report on the latter’s 2-year investigation into whether President Trump’s campaign “colluded” with Russian agents to influence the 2016 election. AG Barr announced that the Special Counsel –

In short, the investigation on which innumerable reporters, pundits, politicians and TV talking-heads had pinned so many fond hopes for deposing the most hated president in our history – well, at least their most hated – had crashed and burned like the doomed Hindenburg. It was rubble – ashes – (choose your metaphor). To paraphrase Winston Churchill – ‘Never have so many been so disappointed by so few over so little.’ In Gertrude Stein’s memorable words: “There was no there there.”

All joshing aside, how could so many (presumably) smart people so completely misread, misapprehend and miscalculate something – and be so thoroughly unprepared for its crash? To try to answer those questions I offer a few points of analysis in the following paragraphs.

Transference… is a $2 word that psychologists use to describe “the projection of attitudes, wishes, desires, and aggressive thoughts to another party.” My theory is that Democrats believed Mr. Trump colluded to steal the election because they knew it was what they would try to do when the situation called for it. Indeed, as more details of Mrs. Clinton’s Secretary of State activities emerge, the inescapable conclusion is that “collusion” is exactly what she did to get lavish funding for the Clinton Foundation and her husband, Bill. The 2010 uranium deal, which gave Russia control of more than 20 percent of our uranium supply, is Exhibit A. And the fraudulent Trump-Russia Dossier bought by the Clinton campaign for $1 million runs a close second. There may be more: stay tuned.

Crookedness. Democrats were certain that Trump had stolen the election because most of them – except for a few fringe holdouts in their ranks – believe that business-people, as a class, are crooked. Democrat-doctrine holds that business is a fundamentally dishonest trade, and that you succeed in it only by lying, cheating and stealing. Many reporters and pundits – somehow not comprehending that they are in a business, too – have adopted this corrupt belief. In their world, business is always the “enemy.” Democrats and their media-allies seem to consider the entire construct of profit dirty. But as profit is the objective of any business, this means that large numbers of our political and media classes think that the commerce that has supported our Republic since its founding is immoral. The danger this kind of thinking represents to the country can hardly be overstated.

Inversion. Democrats have repeated the “Trump is stupid” mantra until they seem to believe it. I don’t know a psychological term for this, but I call it “inversion.” It’s upside-down thinking, like insisting that Ted Williams wasn’t really that great; or arguing that Sophia Loren’s eyes were too close together, or her accent was too heavy, to let her become an American film-star. Inversion lets Democrats believe that Mr. Trump:

In fact, Mr. Trump was so stupid that he became a billionaire. (Of course, that was explainable by the “all business is crooked” premise.) This inverted thinking produced Dems’ oft-repeated charges in the 2016 campaign that Mr. Trump was not only stupid but was “unpredictable, untrustworthy, dishonest, unfair, mean, a bully, a racist, a woman-hater, a rounder, a bounder, a midnight-rambler;” etc. There are even unconfirmed rumors that he actually “matriculated” during his misspent youth. (Dear god, not that!) Ironically, these wild charges probably helped Mr. Trump win the election. I believe millions of clear-thinking people measured Mr. Trump’s business-success and acumen against those hysterical accusations and said to themselves: “This simply can’t be true. No one would work for the guy. No one would work with him on business deals if he were that reprehensible.” Voters overlooked Mr. Trump’s brash style because he looked like he might actually accomplish something. (Psychologists say inverted thinking works best for people who are already standing on their heads.) 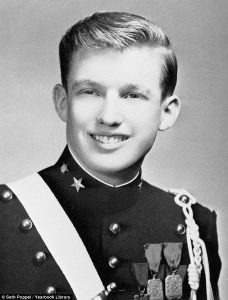 Matriculated! (Aha! So it was true.)

Incompetence. Large numbers of the president’s opponents thought Mr. Trump was too incompetent, as a political candidate, to win a fair election. This entirely stylistic critique was a bi-partisan response to his stubborn refusal to run a “conventional” Republican campaign. That’s where a bland, soft-spoken GOP candidate serves up political “pablum,” never lays a glove on his opponent, never reacts to the mud thrown at him, and ends up graciously losing. Instead, The Donald channeled Joe Frazier and “…came out smokin’.” He left no charge unanswered, returned mud-ball for mud-ball, and called his opponent and her party mean (but true) names. His rallies attracted overflow crowds who cheered as he blasted America’s enemies – both foreign and domestic – and vowed to make the country “great again.” Political graybeards solemnly declared that someone that brash and un-diplomatic – someone that New York! – could never be elected in today’s diverse, globalist world. And they believed it until about 9 PM (EST) on election night, when they realized that the impossible had actually happened. (Reportedly, an entire wing of a DC asylum for the mentally disturbed is now filled with dazed former pundits and politicians who spend their days muttering, “He can’t win…he’s incompetent…he’s incompetent…”) 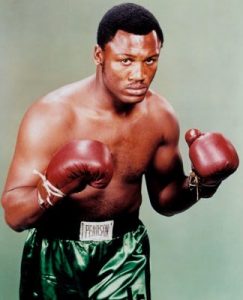 Delusion. Democrats and their media Greek-chorus really believed that everyone – except for a small “basket of deplorables” – really wanted Mrs. Clinton to be president. There was no question about it. Establishment pols agreed that Mrs. Clinton could not legitimately lose because “real Americans” wanted her to carry on the glorious work of Barack Obama (a.k.a. The One) and her loveable “hunk-a burnin’ love,” Bubba. The part of the country that really mattered was solidly behind her. (Pay no attention to those empty seats at her “rallies.”) Mr. Trump must have cheated, and it was just a matter of time until we found out how he did it. As the Red Queen famously said, “Verdict first, trial after!”

Desperation. After every frantic post-election attempt to recount the votes and subvert the Electoral College had failed, desperation set in among the Never-Trumpers. Officials in the Department of Justice and various national security agencies who had tried to stop Mr. Trump’s election were the parties most desperate to hide their activities. Some of them had obtained warrants from the FISA Court to wiretap the phones of Trump campaign-staff. Those warrant-requests were based – at least in part – on a now-debunked “Russian dossier” that was funded by the Clinton campaign and passed to the DoJ by Senator John McCain. A cabal of FBI officials actually discussed “wearing a wire” when they met with the president, although they now claim that they were “only joking.” The collective desperation of these actors evidently inspired wholesale propagation of the Russian Collusion theory, but some insiders say the idea was actually hatched before the election by top Democrats who saw that Hillary was going to lose. The Desperadoes knew the collusion-story was false, but it was their best hope for diverting attention away from one of the most determined attempts by government officials to undo an election in our history. If that’s not treason, then I don’t know the meaning of the word.

Thus was the great Collusion airship launched, to wild acclaim from the anti-Trumpers. Eager reporters pursued the story with visions of Watergate II dancing in their heads. Establishment denizens expected that the hated upstart would be quickly dispatched. And desperate conspirators cheered them on, hoping that their own treasonous acts would stay well hidden.

But, like the Hindenburg, their beloved airship finally blew up, leaving a lot of red faces, jittery desperadoes, and a heap of smoldering wreckage to clean up. True believers in the airship are lighting candles and singing songs in the vain hope that it will rise, Phoenix-like, from the grave and soar again. You almost have to feel sorry for them.

“Oh, the humanity! It’s the worst catastrophe in the world…” 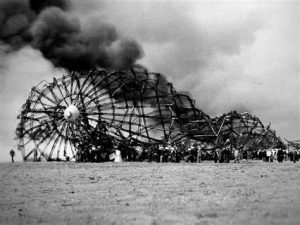