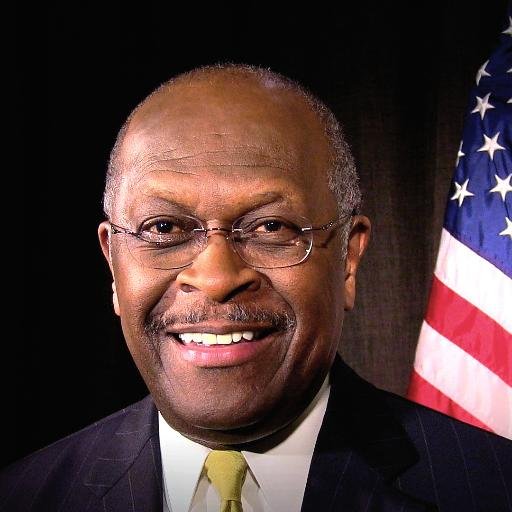 Crash of the Herman

(I have reprised this December 2011 article from my archives because it aligns so closely with Judge Roy Moore’s recent situation. WZ)

I am sorry about Herman Cain. I don’t think I would have preferred him as the Republican presidential nominee, but I liked him. I thought he brought fresh ideas and a kind of booming confidence to today’s political battlefield. Some said he lacked “experience.” (Oh no! Not that!) But how much experience did Barack H. Obama bring to the office? At least Mr. Cain had business executive experience – which is a lot more than Mr. Obama brought to the office. Mainly he brought a teleprompter, a $2000 suit and a silver tongue. Of course, Mr. Cain looked pretty good, too, and he could talk the hind leg off a mule.

All that is moot now, however. Under a storm of adverse publicity stemming from several accusations of past sexual escapades, both reported and unreported – plus a recent allegation of a 13-year affair by a woman who has stepped forward – Mr. Cain has “suspended” his campaign. He said the decision on whether to continue was his wife’s to make, so presumably she has dropped the hammer. Mr. Cain said that the accusations – which he has consistently called “lies” – were taking a severe toll on his family. Who could blame him for deciding that the game wasn’t worth the candle?

Many Americans have already pronounced Herman Cain guilty. “Where there’s smoke, there’s probably fire,” said one blogger. Some callers to radio talk-shows have said the same. Pundits piously say that they don’t know if he did it or not, but many are repeating the familiar refrain that he “handled the accusations poorly.” (Well, by golly, that does it…)

I’m not sure exactly what good “handling” would mean, except perhaps a “bimbo-eruption” team – like the one Hillary Clinton ran for hubby Bill in ‘92 – to spin any accusations and send the media down rabbit-trails in pursuit of the accuser and well away from the candidate. Mr. Clinton’s team was very successful at this, largely because compliant media let him skate on womanizing charges that were too numerous and too well-documented to be credibly denied. Indeed, some were later proven in a court of law. No GOP candidate could possibly get past the accusations that Bill Clinton evaded.

One presumes that spin and bimbo-management would be the advised protocol if Mr. Cain were guilty as charged. But suppose he is innocent? What should he do then, other than what he did? – i.e., protest his innocence, call the accusations “lies,” and denounce the smear campaign being waged against him. What else can a man do when false charges are thrown at him? How do you prove a negative? We can be mighty glad that our jurisprudential system works the other way round. Many of us – probably including Yours Truly – would be in deep doo-doo if we had to establish our innocence on various issues. (“When did you stop beating your wife, sir?”)

Mr. Cain can hardly be blamed for assuming that any charges of personal misconduct brought during his campaign would have to be proven. Being new to the game, maybe he didn’t realize that politics is not a court of law. Rules of evidence don’t apply. Political campaigns – especially for the presidency – are fragile things. An accusation can be enough to poison the air around a candidate, dry up his funding and destroy his campaign. No proof is required.

Unless media reporters are vigilant, suspicious and highly motivated, anyone can throw a stink-bomb of unsupported charges at a candidate and slip away in the dark of night. It ain’t fair, but that’s how the game is played. To survive, you need a thought-out strategy and a willingness to counterattack. Mr. Cain and his handlers evidently were unprepared in this way. Perhaps they actually thought politics was an honorable enterprise. If so, they were hilariously mistaken.

This “hit-and-run” factor is what really bothers me about the Herman crash. Like most people, I have no idea if he “did it” or not. All I know is that several women – some named and some anonymous – claim that Mr. Cain subjected them to sexual harassment in various forms while he headed the National Restaurant Association and lived in Chicago. Some of these women evidently received cash settlements in return for resigning from the NRA and disclosing no details of their settlements.

Many believe payment of a harassment settlement is “proof” of guilt. But having served a long career in a private engineering firm, I know differently. In the early 1990s the company I worked for was badly burned in a discrimination-case brought by a woman who claimed she was denied advancement and wrongfully dismissed because of her “gender.”

The plaintiff had managed a minor department of the corporation when it was small and departmental transactions were recorded and filed manually. When the time came to computerize, because a manual system was inadequate, it became obvious that she lacked the technical skills needed to make that transition. Out of respect for her previous service, top management offered her other positions, but she declined them because she considered them demotions. Eventually she was laid off because she could no longer help the company.

A few years later – in the fullness of time, one might say – she sued for damages, claiming wrongful termination due to her gender. Her claim was for $X (in seven figures). The company could have settled for $X/2, but its top management decided to deny her claim entirely and go to trial. In highly publicized proceedings her attorneys  branded the company as (unforgivably) male-dominated and rolled over a clueless executive corps and their corporate attorneys, who were certain the facts were on their side. The jury awarded the plaintiff $X, as she had asked, plus $2X in punitive damages. It was a complete disaster. (I never understood why the entire corporate attorney staff didn’t get the boot.)

The upshot was that the company’s executives became completely spooked about letting any case involving a woman charging discrimination or harassment go to trial. All new claims were settled out of court. Peons like me were not privy to the details of most of them, but I did see summaries of the charges in some cases. To my layman’s eye they looked very thin. But it didn’t matter. The company’s pooh-bahs no longer trusted the courts to bring a fair verdict in such cases, so they had decided to settle, not fight.

This, in my opinion, is why mere existence of a settlement can’t be taken as “evidence” that harassment charges were necessarily true. Many companies have found that settlement, silence, and saying “bye-bye” to a troublesome employee are much preferable to expensive litigation, a possible big judgment and a ton of adverse publicity. I don’t know if the National Restaurant Association had adopted this same prudent policy, but I suspect it.

Besides that, how likely it is that the NRA would have kept Herman Cain in his position, had he really been guilty of numerous harassment charges? One time might have been excusable – maybe even twice – but three, four, five times? No way, Jose. He would have been toast!

The allegation of a 13-year affair is more serious, of course. Perhaps it is true. I don’t know. The woman – Ginger White – stepped forward in person. Mr. Cain has stoutly denied any sexual involvement, although he has admitted to a long friendship with Ms. White. But how credible is it that an affair went on for 13 years without a single person seeing them together at a restaurant, or in a car, or at a hotel? It might happen, but Mr. Cain isn’t exactly a low-visibility kind of guy. He’s a flashy, good-looking black man. And the woman is white. Doesn’t it seem likely that someone might have noticed them? And no co-workers knew? I have to say that I have my doubts about this one. Is anyone asking what Ms. White hopes to gain out of this disclosure? Any movie-rights in prospect, for instance?

Finally, consider the counter-evidence of Mr. Cain and his entire campaign team. When a man launches a campaign for the presidency, the first thing his inner circle does is grill him extensively to bring out all the dirty laundry and skeletons. They dig up all the bodies (figuratively, one hopes). His closest advisors say, “Chief, just tell us everything. Give us the truth so we can assess if this run is possible.” I’m no expert on political campaigns, but it’s not much of a stretch to assume that the existence of as much sexual dalliance as has been alleged would have smothered the Cain presidential campaign in its crib.

If some of the charges are true, Mr. Cain and his advisors surely knew that they would come out. There is simply no escaping the scrutiny of media hounds eager for salacious details – especially on GOP candidates. Unless Mr. Cain’s campaign managers are complete rubes – which I doubt – they would have run down every possible situation to see what is or isn’t true. Would they have moved ahead with the campaign, anyway, with explosive situations just waiting to blow up? I think not.

Yes, it’s possible that Mr. Cain lied to us and to his campaign advisors. But that’s very unlikely. It would be like lying to your lawyer or your doctor. Only a complete fool would do it. Mr. Cain may be brash and flamboyant, but I don’t think he’s a fool.

At the end of the day, people of ill intent have gained new assurance that they can destroy a promising political campaign just by making salacious accusations. The People are not well served by this. I don’t know how to stop it, but I hope someone smarter can figure it out. The list of men who have never admired a well-turned ankle at some time in their lives would be very short. And I’m pretty sure that we wouldn’t want any from that list to sit in the Oval Office.

The “sex card” has replaced the “race card.” Watch for it to be played against every Republican candidate from now on. 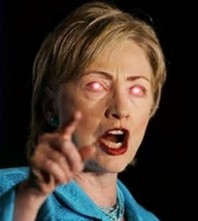 Crash of the Herman was last modified: December 6th, 2017 by Woody Zimmerman
3 comments