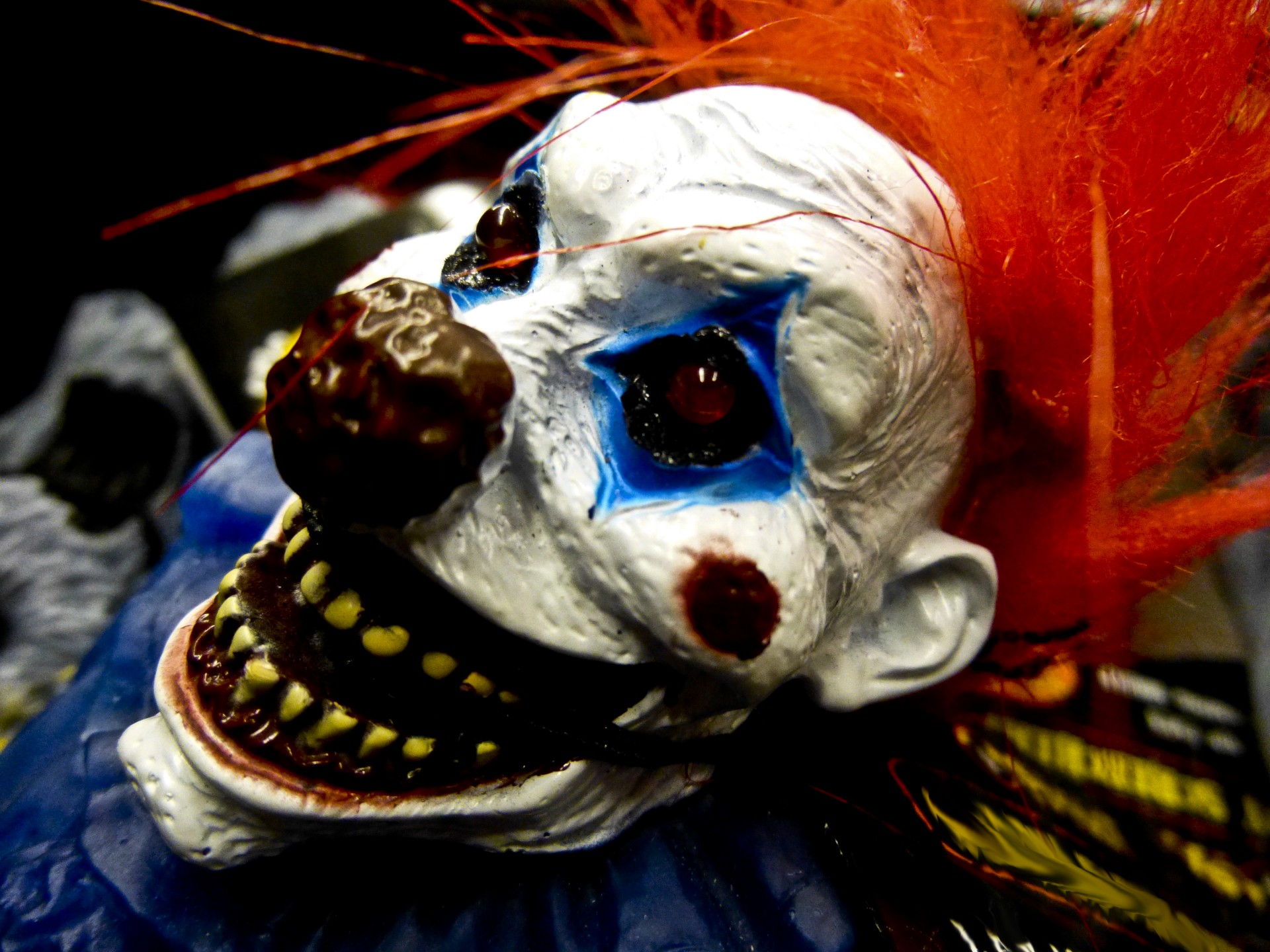 Creepy Clowns Have Come to Virginia and Many Other States

Reports of scary clowns were first reported in August in South Carolina.Â Â Since then scary clown sightings have spread to multiple states. People have reported clowns on their front porches, in their neighborhoods, and hiding in woods. Â SchoolsÂ in Reading OhioÂ were closed on Friday when a woman said she was attacked by a clown. Schools in Kentucky have had threats from clowns, where sheriffs have contacted Â the FBI and Homeland security.

Creepy clown sightings have spread as far west as Colorado and as far north as New York. Â On Long Island two school districts were on lockdown and children were told not to play outside.Â

In Virginia multiple counties have reported scary clown encounters including Tazewell, Dickinson, Henrico, and Chesterfield. Â In Tazewell county there have been at least a dozen calls reporting frightening clowns. Â

In Virginia it is illegal for anyone over 16 to conceal his identity with a mask.

“This behavior may seem fun to some people, but to many it is frightful,â€ the Dickenson Sheriffâ€™s Office said. â€œOur officers will be watching for this type of behavior.â€

In Henrico county a mother and daughter reported seeing a clown pointing at them from van. Â They took pictures and reported the clown. Days later a mother reported that it was her “sweet autistic son” who was scaring people from her van.Â

In Augusta County it was reported that clowns were in the woods,

“The call was placed by a citizen that was in the area fishing with his children. The male was approached by two separate vehicles leaving the area at a high rate of speed. Both vehicles stopped to warn him that several people in the adjacent woodland area were dressed up as clowns. According to the caller, the people leaving the area were pretty upset over the clown sightings.â€

No clowns were found in the area.

Recently a clown was reported in Bristol at Sugar Hollow Park. Police in the area have been on the lookout but haven’t found any clowns. Â There was also a report of a clown in Sullivan county at apartments in Piney Flats. Â The clown ran into the woods after being confronted. Â Chesterfield County has had seven clown sightings, details here.Â

Halloween is the end of this month. Â I suggest readers don’t dress up as clowns.

Creepy Clowns Have Come to Virginia and Many Other States was last modified: October 1st, 2016 by Jeanine Martin

[…] Clown costume sales soar. The number of states with Creepy Clown sightings has increased to 32 and spread to the UK. Â Now Fox is reporting that the sale of scary Halloween […]

I feel like I’m watching the movie The Village.

edited (and perfect) reply to this stupid crap from another message board:

Collectively, we are 4 year olds constantly at the edge of hysterics.. ****ing ridiculous.

SO, because people are mentally 4 years old and can’t get over their fear of a ****ing CLOWN, then birthday party actors are suddenly in danger of arrest simply for trying to get to little Timmy’s party on time.

“Oh my god officer,, he had a balloon! And.. and he twisted it to look like a giraffe!!! it was horrifyin’!”

the most pathetic part is,, we think we can fight terrorism and we can’t even stop from pissing ourselves at the sight of a clown.

Bad decision, prank boy. there is no sense of humor left anywhere… everything should be feared here in the “home of the brave”.

good shot,, clem. He mighta had seltzer down them pants.

are people walking around just looking for something to be afraid of?

Why you should never doorknock alone.

I’ll take clowns any day over the hollow-eyed children.