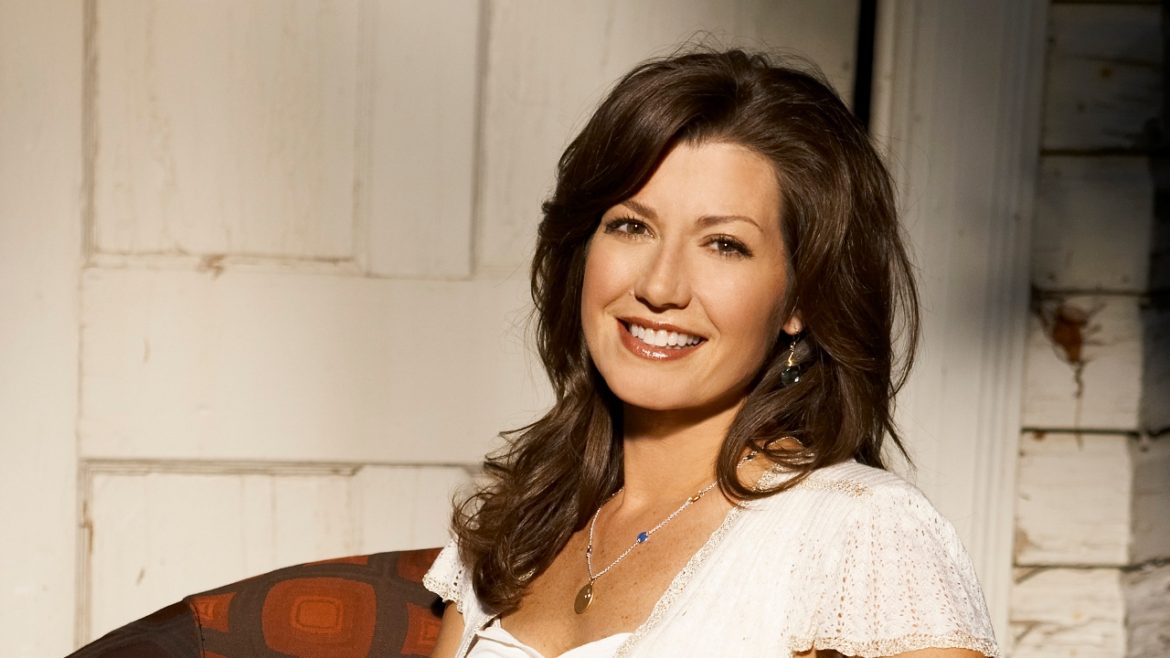 Crossing Over and That Lovin’ Feelin’

In the 1970s and ‘80s gospel singer Amy Grant became a big star in Christian music. She sold millions of albums and became more successful (and famous) than any faith-based singer since George Beverly Shea. Church music-directors and youth leaders across the country held her up to young people as a model of Christian artistry. She won Grammy Awards for Best Contemporary Gospel Performance and a Dove Award for Gospel Artist of the Year. Amy Grant was hot. She was so hot that she crossed over.

Miss Grant shocked and outraged many of her Christian fans in the ‘80s by using her success to become the first Christian artist to transition to a successful pop music career. While she stayed connected to her Christian musical roots by releasing new gospel albums over the years, she is no longer admired in Christian circles as she once was – particularly after her 1999 divorce from Christian musician Gary Chapman, and her remarriage to country-music singer Vince Gill in 2000.

As a singer, myself, I admire Miss Grant’s talent. Her voice has great beauty, and she has done much good with it. She has also done very well – something no Christian should begrudge to an artist who works hard to use her gifts. But Miss Grant’s crossover career should be a cautionary tale to those tempted to use “Christian success” as a springboard into mainstream culture, music, politics, etc. Christian stardom is a rarified environment. If you use it to cross over, Christian “fans” who once put you on a pedestal will never regard you in the same way again. As the old song says, they’ll have “lost that lovin’ feelin’.”

I make these observations not to criticize Miss Grant who is, by all accounts, a fine Christian and a decent person. Divorce is not a good thing, but it is not the sole measure of a life. It can happen to people who subsequently do much good with their lives. Conversely, some real stinkers have never been divorced. (I name no names.) I cite Amy Grant’s story because another Christian star has recently crossed over. That hot property is mega-church guru and best-selling author Rick Warren.

The Rev. Warren is senior pastor of the 22,000-member Saddleback Church in Lake Forest, CA. His best-seller, The Purpose-driven Life – the biggest-selling hardback book in history (over 20 million copies) – has been studied and treated with near-Scriptural reverence in many evangelical churches. Saddleback Church maintains a worldwide network of over 40,000 churches, and has trained over 300,000 pastors at its leadership conferences.

Rick Warren basically has built his own denomination. Millions of Christians thought he could do no wrong. Time Magazine named him one of the twenty-five most influential evangelicals in the country, and six hundred senior pastors placed him second only to Billy Graham as the person having the greatest influence on church affairs in the country. He has appeared on Larry King Live and Fox News. A Fox program was entitled, “Can Rick Warren Change the World?” Rick Warren was hotter than the pope.

When you’re hot, you’re hot. Rick Warren was the man every politician wanted to consult, wanted to be seen with. He had the Answers. After delivering the invocation for a 2004 inaugural gala, he met with 15 senators who wanted to hear both his advice and the details of his plans to tackle worldwide poverty, disease, and ignorance.

So many problems to be solved – so little time. I don’t mean to make light of the problems – only of the adolescent idea that one man has the wisdom and the capability to solve them. It simply can’t be. Nobody – not even the president – is that smart or has a staff that good. I’m not the only one to say so. In her article of August 20, 2006, [1] Sandy Simpson (writing for Deception in the Church) said:

But such voices of caution were far out on the fringes of the Warren phenomenon. It was just a matter of time before Rick Warren would cross over into mainstream secular politics. The only question was which problems he would solve first. Would he announce a plan to stop the million annual abortions in the USA – and 10 million worldwide? Would he exert his influence to preserve traditional marriage? Or launch a movement for a massive improvement in education for American children?

None of these turned out to be Rick Warren’s “crossover” issues, however. Instead, he chose the safe, politically correct issues of global warming and AIDS – both very high on liberals’ list of “world problems.” Selecting them virtually guaranteed that Dr. Warren would cross over to very high levels of mainstream liberal acceptance. He would bask in paeans of praise for his “social responsibility” and his demonstrations of “faith in action.” Many of his Saddleback disciples (and numerous admirers from afar) would probably follow him. Maybe they thought the Reverend Rick would change liberalism. But they would be mistaken. It will change him.

Rick Warren chose from a tantalizing menu of crossover issues, but he chose poorly. Christians with half a brain know that global warming science is not “settled,” no matter how many scare-politicians (like Al Gore) jump up and declare that it is. Scientists don’t even agree that we are in a “warming era,” or on what is causing it (if it is a warm period), or on what we can do about it (if we are causing it), or if it will necessarily be bad for us. Christians will also see that big shots like Rick Warren don’t plan to lose their jobs, ride bicycles, or sit in cold houses with dirt floors to “save the planet.”

They will also see that of all the social issues Rick Warren might have chosen, HIV-AIDS is one of the most controversial because the disease is largely preventable by altered human behavior. As a minister of the Gospel, Dr. Warren knows that hearts changed by Christ’s power can produce changed lives. But his worldwide AIDS conference featured liberal politicians like Barak Obama. (Did anyone ask what skill-set or specialized knowledge the then-senator brought to the table on this issue?) Liberals’ typical approaches to the AIDS problem make no reference to the Gospel and its effect on the human behaviors causing this terrible scourge.

With his Christian “star” on the wane, and his liberal crossover (predictably) failing to bear fruit, Pastor Warren resurfaced recently by joining a movement known as King’s Way. The Christian publication Faith Defenders reports:

“The movement’s goal is to bring Christians and Muslims together without either group trying to proselytize or convert the other. As part of this effort, Warren announced that he wants to create a set of principles that both evangelical Christians and Muslims could agree to in the effort to bring churches and mosques closer together. One of those principles is that we both worship the same God. In other words, God and Allah are one in the same deity.”

Pastor Warren has tried to walk back the “Allah = Jehovah” report, but his apologia is too political by half. It basically claims that he doesn’t really share the objectives of the organization he has joined. So the damaging story is out there, whether he likes it or not.

None of this is meant to question Dr. Warren’s personal faith or his commitment to core Christianity – only his judgment about appearances and public perception. For eventually The Rev will find out – if he hasn’t learned already – that the crossover which wins him acclaim from liberals will cause the scales to fall from the eyes of many who thought he was a new messiah with all the answers – just as Amy Grant’s crossover showed her fans that she had feet of clay and a thirst for a buck no different than theirs.

Christian stars like Rick Warren might think they can use liberal politics to cross over to mainstream influence. But liberals will hope to use him to gain respectability and adherence among Christians who have been Warren-acolytes. In the end, his crossover will cause many of those followers to see him in a new light. His ministry might continue on, but it will never be the same. “That lovin’ feelin’” will be gone. (You could ask Amy Grant.)

Crossing Over and That Lovin’ Feelin’ was last modified: October 9th, 2017 by Woody Zimmerman

It worked out pretty well for Katy Perry, if you ignore left shark.

Good analysis. Just about right on all counts. I have never paid a whole lot of attention to Rick Warren, but now I certainly will not waste time on him, except of course insofar as I and others have to clean up the mess left in the wake of the poor/sloppy theology concerning Islam and Christianity.

Sorry but I’m a bit confused here. Is the author trying to suggest that Amy Grant is a liberal? Never knew that Amy Grant had any political leanings whatsoever.

Note that the author used a comparison between Amy Grant, who was a famous Christian musician who went into pop music for awhile and had some family issues and then mostly returned to Christian contemporary music and Rick Warren, who used to preach a good sermon and then seems to have gone off the reservation into lala land. Mine was a valid question.

Not meaning to judge anyone. I used to listen to Amy Grant in like 83 or 84 quite a bit. I learned from her transformation, and was very disappointed.

To think that the “love of money” is not at play here is to be in the dark. It is to be totally ignorant to think that anyone can resist the human pleasures of Hollywood or Washington.
No doubt, that if Sodom and Gomorrah were now in the United States, people would flock there above any other place.

I drove thru Strasburg and Winchester about a month ago. The air is not what it used to be. Neither is this country or much of anything else. Including Amy Grant. It’s all about the cabbage.