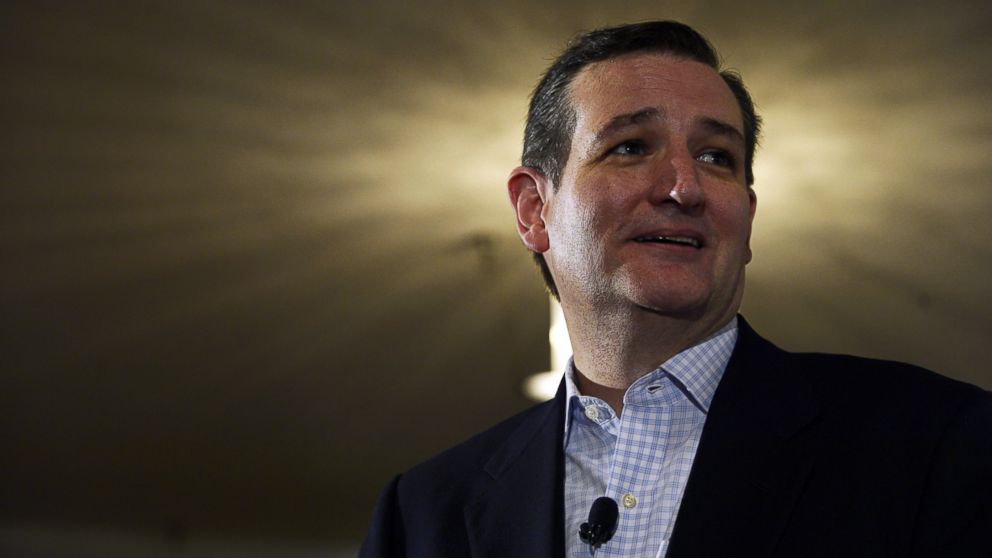 Senator Cruz continues to capitalize on Dr. Ben Carson’s inexperience, gaining ground against Carson in Massachusetts. In October, Massachusetts polling data showed Trump with 48%, Carson with 14%, Rubio with 12%, and Cruz with only 5%. In one month, Trump has dropped to 32%, Rubio up to 18%, Cruz at 10%, and Carson dropping all the way to 5%. Now, this early polling in Massachusetts isn’t a good gauge of anything in a vacuum, but considering what we’re seeing in other polls, it appears that Senator Cruz is directly siphoning off votes from Carson.

Obviously, Ted Cruz and Ben Carson share the same constituency; so whichever candidate’s campaign seems the most formidable will likely be the campaign with all the votes at the end of the day. While I have tremendous respect for Dr. Carson and while his campaign staff has proven to be remarkable fund-raisers, they have done a very poor job crafting a clear message. Rand Paul, whom I also respect and support, has suffered from the same lack of message. Over the last few weeks the Rand team finally looks to have simplified its message and to have begun demonstrating why Senator Paul, and no one else, ought to be the Republican Nominee. Too little too late I’m afraid.

The success of the Cruz Campaign can be found in its’ consistency. Republicans are looking for a conservative candidate that walks the walk, and that’s Ted Cruz. That’s been his message from day one. Why is Ben Carson running for President? Why is Ben Carson the best candidate in the Republican field? No one seems to have an answer to those two questions, least of all the Carson Campaign, which is a serious problem. Carson’s support is still strong nationally, because he’s a brilliant man with an admirable character and it’s just hard as heck not to love the guy. However, as he delves into the policy alongside the Governors and Senators, he looks inexperienced.

Why is this important for Cruz in Virginia?

Surprisingly (and I’ve heard few people discussing this) a Mary Washington University Poll in early November showed Carson leading the field in Virginia with 29% of the vote. Trump is in second place in Virginia with 24%. Rubio had 11% and Cruz had 10%. I would imagine, if the same trend holds true in Virginia as it has in Massachusetts and Iowa, we will see Senator Ted Cruz skyrocketing in Virginia. Rubio, Cruz, and Trump could actually be very close together come the next round of Virginia polls. So keep an eye out.

Unfortunately for Carson, candidates who begin these steady, across the board, decreases in their poll numbers, rarely survive. Voters write these candidates off and quickly jump to their next favorite candidate. In both the case of Donald Trump and Ben Carson, the number 2 favorite is typically Senator Cruz. With the Republican and Democrat Parties and everyone in the television and print medias targeting Trump, it is hard to imagine Trump hanging on. That isn’t right, by the way. No candidate should lose support because of what the Political Parties say or how viciously the media goes after them. If you agree with a candidates policies, what do you care what the media says? However, this has been the trend over the past several elections. No candidate has survived the blitzkrieg The Donald is facing. Of course, no other candidate has been Donald Trump.

We’ll see what happens. The holidays will speed us through the rest of 2015 and come January 2nd, the primary season will be in fifth gear. Should be fascinating.

“Over the last few weeks the Rand team finally looks to have simplified its message and to have begun demonstrating why Senator Paul, and no one else, ought to be the Republican Nominee. Too little too late I’m afraid.”
Such a shame.

As someone who has typically put a lot of good faith in the polling process over the years I have increasingly come to the sad conclusion that a once powerful tool for campaigners and informed voters has morphed today too often into a partisan media presentation weapon leaving a good portion of the predictive science behind. Regardless of my opinion, I am still in agreement with the general tend lines of your article’s comments but due to a slightly different set of reasons. Ted Cruz’s campaign has been almost stealthily quiet in it’s significant abilities in attracting large donors and it’s general fund raising capabilities in general.

He has also assembled in my opinion the best campaign team amongst all the candidates including; Chris Wilson, Cruz’s director of analytics/research and former executive director of the Texas Republican Party; Jeff Roe his campaign manager who is a major player in the area of voter identification efforts; Brian Phillips as his rapid response director who was formerly Sen. Mike Lee’s (R-Utah) communications director; Jason Johnson his chief strategist who has been with him from the start of his career and spearheaded Cruz’s upset Senate candidacy in 2012, helping him defeat heavy favorite David Dewhurst, the then-lieutenant governor of Texas, Johnson also served as a former chief of staff to Texas AG Greg Abbott, currently the state’s governor. NO other candidate team comes close to this group in experience or capability in my opinion.

Finally, the Cruz team has invested very heavily in not only the early primary states but in a significant portion of the downstream contests as well, again a quiet investment not replicated among any of the other leading candidates to my knowledge. His team has publicly recognized that Convention rule 40 will be an issue in Cleveland and have put in place a delegate strategy to address it specifically. His strategy to secure the nomination is very sound and as you may notice he doesn’t stumble in his communications and remarks regarding other opponents always remaining focused on message, something Trump and Carson have had great difficulty in executing and maintaining. He has concentrated on picking off his opponents one at a time with little to no flailing around. Any other Republican presidential primary race and he would be the odds on favorite in this field but this is clearly the year of the anti-establishment voter and Senator Cruz can’t mask the fact he is an establishment candidate, as begrudgingly as that designation may be coming from his serving colleagues (something that comforts me but I grant I’m in a minority on that issue this year). The one chink in his armour that Trump is sure to exploit if things continue to tighten. Also you can count on Hillary and her team raising the citizenship issue if Sen. Cruz continues to rise in public support. Still if you want to call him a dark horse at this point in the race he is a VERY strong dark horse and I believe he is very well positioned for either the nomination or the VP slot come convention time.

I agree that a majority of Carson voters would go to Cruz, but I am not sure it will be nearly all as Iowa polling would suggest. Looking at shits in RCP national averages, you can see what I mean.

In late September, Fiorina and Rubio, and Bush and Kasich to a lesser extent) all jumped in the polls. Where did all the support come from? Trump and Carson (Cruz was nearly unchanged during that time).

As Bush and Fiorina slid over time, Carson, Trump and Cruz all ticked up.

At the beginning of November, when Fiorina and Trump each lost three points, Carson, Cruz and Rubio each went up in about equal measure.

And in Carson’s latest drop, Trump got over half of the votes.

Now I know the fault in the simple supposition I just presented. One, these are national polls while many voters are only now beginning to pay attention. Two, while Fiorina is as big a RINO as Bush or Kasich, she was perceived to be an outsider with a good message. It was only after people learned about her that her support tanked. I also know that Rubio could account for nearly every supporter Bush lost since late September.

It is hard to imagine that someone who likes a man like Carson would also like Trump, but I am afraid a lot (but less than half) of Carson’s supporter might go Trump. Cruz is running the smartest campaign, but he really needs to overcome the media coverage gap in December. Hopefully all the holiday dinner parties will get people discussing policy enough that the result is not a liberal nominee with a squirrel’s brain.

Donald Trump deserves enormous credit for bringing national attention to the Republican race. His outspoken support for enforcing immigration laws is commendable, and has emboldened others to find a spine on the issue. But Trump’s non stop, invective-filled, stream of consciousness has revealed him to be a shallow and self absorbed person. He is so verbally reckless that it is hard to imagine this egomaniac as leader of the free world.

Mr. Sb – you summary of The Donald was the best I have read so far. Well done!

Not just his language, but his policy. Trump has supported gun bans and now say he is pro-gun. He supported late-term abortion, and now suggests he is somewhat pro-life. He used to love Hillary and gave her money; now she is a disaster. In the same week he wanted a more progressive tax code, and a less progressive tax code. He used to support amnesty and open boarders, then he wanted to deports all the illegals and build a big wall (which now includes a big door and an express lane for returning illegals. Anyone that is this much of a flip-flopper would have been written off long ago if not for the cult of personality that surrounds Trump.

Donald Trump is the only thing blocking an establishment coronation.

This. I appreciate his mauling Jeb. Now it may be necessary for him to maul the Establishment’s new hope — former real estate lobbyist, faux anti-amnesty candidate, and political opportunist, Marco Rubio.

If you have any doubts about the character of the cruel and loathsome Donald Trump, read this shocking account of his mocking of a deformed reporter and his subsequent lies. Observe:
http://www.redstate.com/2015/11/30/gotta-see-guy-trumps-lie-exposed/?utm_source=rsmorningbriefing&utm_medium=email&utm_campaign=nl

I don’t care at all for Trump and my comment wasn’t meant as a defense or apology for him. I do think his entry into the campaign has yielded positive resuts for conservatives — so far. My hope, in brief, is he creates a dynamic which results in Cruz being our nominee.

ABT … Anybody But Trump.

I’ll take a “coronation” over an American version of Idi Amin.

No, that’s wrong too. But Trump hopefully can keep them in check until the convention.