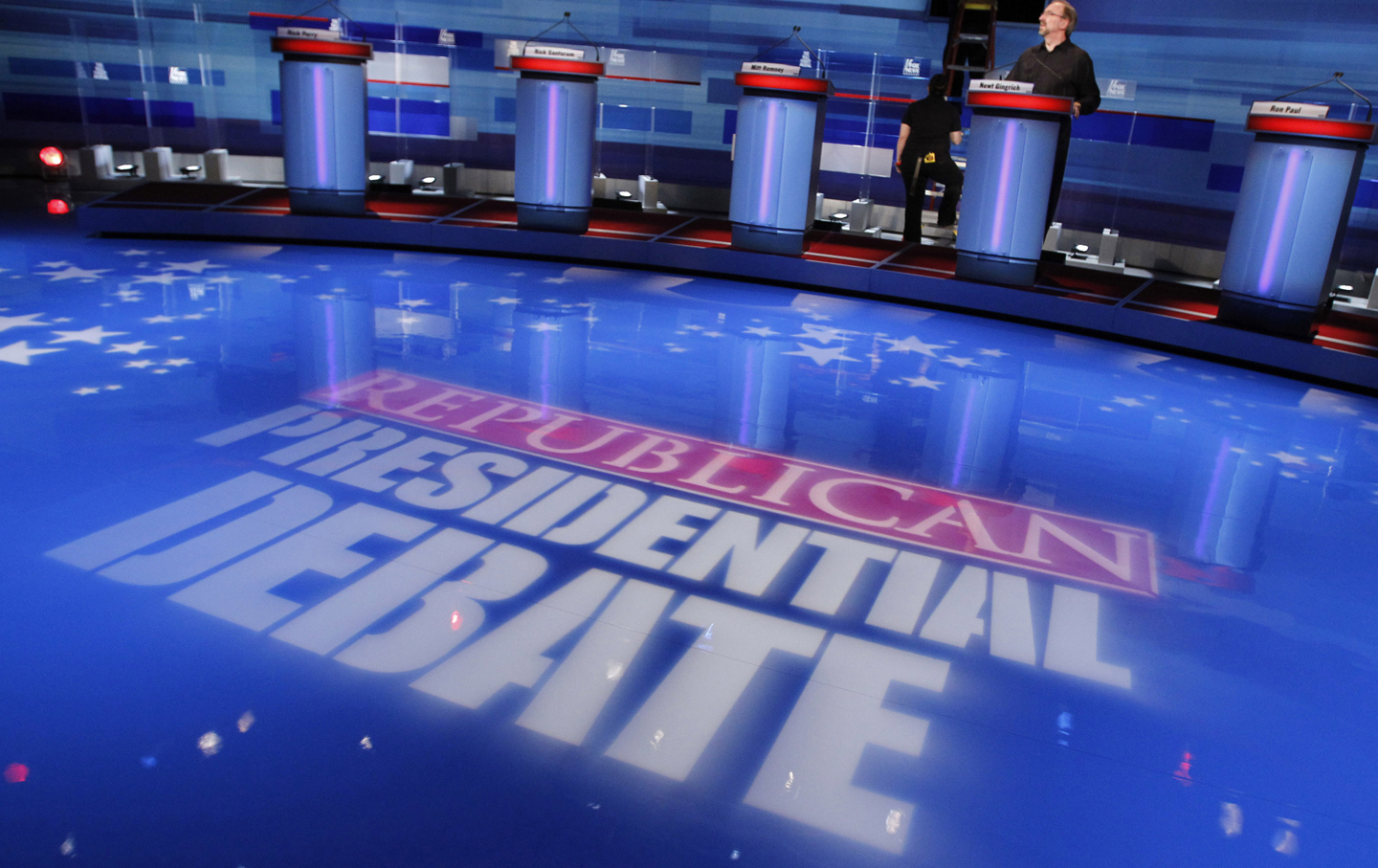 Cruz Has Best Performance But CNN and Hillary Win the Debate

Before I get to my thoughts on the individual performances, I want to complain once again about the GOP allowing media outlets who actively work to defeat our nominee every four years do everything they can to make our candidates look bad while reaping huge profits off it in ratings and advertisements.  I’ve said it before and I’ll say it again, the GOP needs to take control of the debates.

When candidates weren’t being ignored, they were being peppered with outrageous questions and encouraged to get into verbal fistfights with each other.  The moderators were once again posturing for the cameras, attempting to ask the best “gotcha” question that could be pointed to down the road by their peers and say, “that’s the question that ended candidate x’s Presidential bid.”  Do  you really think it’s a legitimate question, Hugh Hewitt, to ask Dr. Carson if he is ok with killing innocent women and children?  Does anyone think Hillary will ever be asked a similar question?

The only clear winner of the night was Hillary Clinton, who is handled with kid gloves by the media, sheltered from criminal prosecution for violating security procedures for the handling of her email, and is being handed gift-wrapped statements from fellow Republicans in these debates to be used against whoever the eventual nominee is.  In politics, the last thing you want to do is allow your opponent to define you.  When we allow CNN, CNBC, MSNBC, and the other medial outlets to show our candidates in the most negative light possible, we are allowing our opponents to define our candidates, and that just hurts us in the end.

For my impression of the individual candidates, I thought Ted Cruz gave the best performance of the night.  His rise in the polls put him in everyone’s cross hairs, and he handled it well.  He gave solid answers and defended his positions well.  His line of building the wall and making Donald Trump pay for it was hands down the best line of the night.

Marco Rubio was his usual polished self.  He fell back on his memorized debate lines, and didn’t allow himself to be rattled too much, but his continued support for amnesty is not going to win him votes.  Marco, you can promise all you want that we will secure the border and reform the immigrations process first, but that is the same promise the Democrats made to Reagan, too.  We fell for it before.  We won’t fall for it again.

Rand Paul performed better than some of his previous debates, but I don’t think it is going to be enough for him.  The best part of the night for Rand was skewering Chris Christie with the Bridgegate controversy.

After riding a big bounce in the polls, people are figuring out that Ben Carson is a brilliant man, but not quite Presidential material.  As his poll numbers continue to drop, he will become less and less relevant in the debates.

Carly Fiorina didn’t get a lot of questions asked of her.  It frustrated her, and it showed.  But the bloom is off the rose for Ms. Fiorina, and her falling poll numbers prove it.

I lost track of how many times Jeb Bush said, “you can’t insult your way to the Presidency.”  He seemed so proud of that line he wanted to make sure it got repeated over and over again.  Bush never really explained why we should vote for him.  Instead, he wasted all his time explaining why we shouldn’t vote for Trump.  Bad night for Jeb.

When he was finally given the chance to talk, Chris Christie was explaining how he was gong to get us into World War III by shooting down Russian fighters in the Middle East.  Yeah…there’s no chance that strategy will backfire…

I’m not sure why John Kasich is still on the stage.  His hope of claiming the “Establishment Candidate” mantle from Jeb is not forthcoming as most establishment folks are moving to Rubio instead.

Last but not least, we come to Donald Trump.  Between making faces while other candidates spoke, and getting drawn into spats with other candidates, Trump did not have a great night.  The Donald still holds the overall poll lead, but we will soon see if that support is hard or soft.

But these are just my impressions.  If you saw it differently, let me know.

Cruz Has Best Performance But CNN and Hillary Win the Debate was last modified: December 17th, 2015 by Mick Staton

Rubio didn’t just vote for the bill. He and his staff were integral to
crafting it, shilling for it, and cashing in on the legislative
boondoggle dubbed a “permanent pension plan for immigration lawyers.”

I remember back in 2007 when George W. Bush tried to get amnesty passed. The Senate allowed a select few amendments to be considered, so Republicans and Democrats were putting in amendments that they knew wouldn’t pass just so they could vote for it and say, “I tried to make the bill better for our side, but I couldn’t get my amendment passed.”

The plan was to kill all the amendments, then pass the “compromise” amnesty bill, except Jeff Sessions outsmarted them. He got enough Republicans opposed to amnesty to vote FOR Barack Obama’s amendment to the bill and it passed. This made the final product so toxic for Republicans that there was no way they could vote for it and retain their seats, so the amnesty bill died.

Nobody accused Jeff Sessions of supporting amnesty because of his support for Obama’s amendment. Cruz is saying his amendment was designed to do the same thing that Sessions did. I am willing to give Cruz the benefit of the doubt on this one.

I love Cruz but he lost me with the “Carpet Bomb” idea. As much as I hate to admit it, Christie did well and establishment types thought he won the debate. Lastly I’ll give a nod to Carly for doing the most with the little time she was given. She’s auditioning for a job in the new administration.

I think Cruz was the best, but could have done better.
Rand did much better than in the past, and can now probably survive until February (even though he should drop out now).
Rubio came off as a sleazy salesman.
Bush tried to be tough, but could not pull it off. Carson reminded us why he is falling.
Kasich was doing some weird thing with his hands that was hilarious to watch, but is not half a funny as thinking Kasich could win.
Christie reminds everyone that the Constitution is his number one enemy.
Carly played the “vote based on gender, not qualifications” card.
Trump looked like a moron, but not as much of a moron as he usually does. He continues to be popular and have no clue.