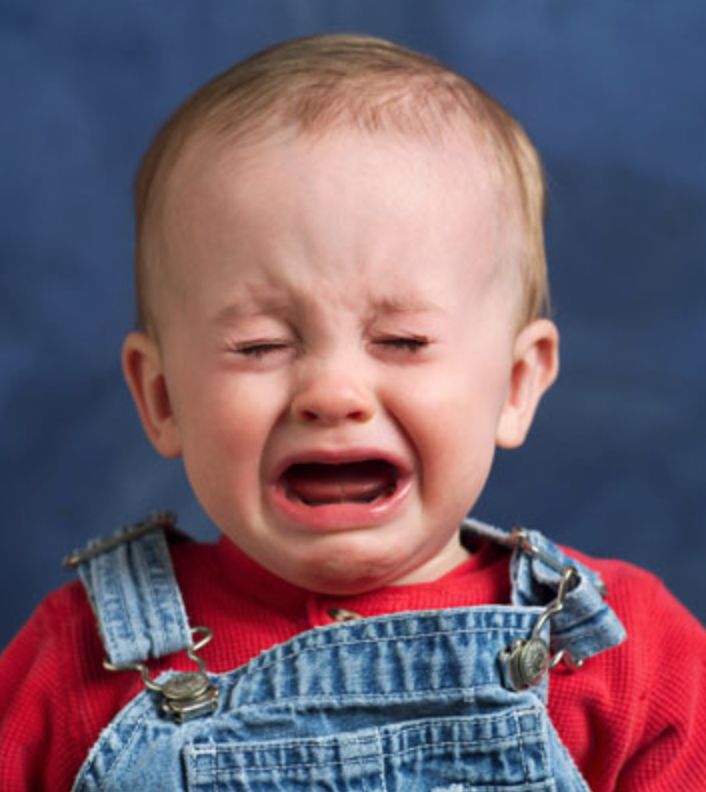 Crybaby Republicans – Do Your Job or Resign

Although I don’t recommend it, one advantage of growing up on the wrong side of the moral tracks, and not coming to faith until the middle of your life, is that you’re not often surprised by bad behavior.

You forgive much because you have been forgiven much.

So, I’m neither surprised nor particularly shocked by Donald Trump’s lewd and suggestively vulgar comments about a beautiful woman in a private 2005 conversation with Billy Bush from Access Hollywood. It was playboy bravado on steroids.

Instead, my moral indignation – and that of the vast majority of conservative Americans – is saved for and directed towards the results of actions, not words.

Our anger is focused on a President and his radical lefties, which includes Hillary Clinton, who have spent eight years doing what they promised to do, “fundamentally transform America;” and at the feckless Republican enablers who have refused to do their job standing in opposition.

The Obama-Clinton axis has been on a rampage of destruction and has brought immense pain to tens of millions of Americans.

The economy is flat lined with the slowest growth since the Great Depression, while real wages and net worth has dropped substantially and healthcare has been wrecked. Unemployment and part-time underemployment continues to be obscured by nearly 95 million working age Americans sitting on the sidelines; while one in five households have no family member working at all. Poverty, especially childhood poverty, is up substantially, with a record 50 million people on food stamps. The radicals have flooded the nation deliberately – in violation of U.S. law – with illegal aliens.

These are real actions and real consequences that millions of Americans have to live with and pay for. That should make every American mad.

Overseas, the President and his former Secretary of State basically set the Middle-East ablaze and then turned their back on the catastrophes they helped set in motion. They have emboldened enemies and browbeat friends. They have watched in silence while citizens and military personnel of the United States are disgraced, humiliated and murdered. Their meddling in Egypt and Syria have churned up chaos and death, with millions of refugees set loose on the world.

Ominously, they have allowed the Russians to secure a decade’s old dream of an operating platform in Syria from which they can project force into the Gulf, and influence Israeli freedom of action.

The Republican crybabies in Congress egged on deliberately by the Speaker of the House, Paul Ryan (and in Northern Virginia, his acolyte, freshman Congresswoman Barbara Comstock), are very good at moral preening; they are quick to faint with vapors over Mr. Trump’s sophomoric words, but somehow can’t find the outrage to fight the radical actions of these hard core leftists and Hillary Clinton.

In fact, they accommodate them, and then excuse their own inaction.

But most of the Republican crybabies don’t even seem to recognize the irony at hand; many of those most publicly “offended” by Mr. Trump’s vulgar lust-rant – the far left political operations and the entertainment and news media complex – are their political enemies, and the same folks who have brought us the cesspool public culture we now swim in every day.

You can’t watch TV nor go to the movies without hearing much, much worse language than the Donald’s. (Is there a female star in Hollywood who doesn’t routinely drop the “f” bomb and other profanity in public?) Evidently it is a mark of “real” sophistication, and is now commonplace, driven deep into the general culture. Where are the crybabies speaking up about the sewer the entertainment-news complex has created in the culture? “Bleeping” sad.

There is no such thing as shame anymore, and it crosses gender.

Graphic sex and crude sex terms are now common on prime time TV and in the movies, even when it has no specific purpose. It is pushed like drugs. Promiscuity, one-night-stands and pornography are praised in their situational repetition by woman in virtually every medium. After all, they’re just like guys, right?

Likewise, if you’re a veteran of politics in Washington, then you probably have plenty of stories about “big name” politicians (some of whom are sharp Trump critics) – in and out of Congress – who make Donald Trump look like he is on the “JV team,” to quote our President (who, of course, has a very reckless personal history in Chicago that everyone ignores). Sexual intrigue and conquest, prostitution, pandering, solicitation, drugs and booze – they are simply part of the background noise in the nation’s business, and always have been.

None of this excuses Mr. Trump’s behavior, and there is probably more similar tapes coming. So, bad on him.

But the question is; does this disqualify him for high office? And, if so, what about Mrs. Clinton and her outrageous behavior? Do the crybabies condone her behavior that has resulted in dead Americans, compromised national security through the email scandal and left America weakened abroad?

Let’s load the discussion correctly: There are two presidential candidates that have more baggage than the luggage turnstile at JFK airport. Yet, one of them will be the President-Elect of the United States on November 9th.

One has some bawdy and brash things to say. But he’s largely right on the diagnosis and the cure; Washington is corrupt and it needs a good shakeup. Moreover, Mr. Trump is not responsible for the current state of affairs in the nation in any way, shape or form.

Mrs. Clinton on the other hand, is. She has been a bad actor for thirty years in thought, word and deed. The word corrupt simply doesn’t have the richness to describe her public or private life. There is no gem in her roughness.

Some of my friends are so offended by Donald J. Trump that they can’t pull the lever for him. Fine, we get it, don’t vote.

For the rest of us, we have a choice that can be made by the application of reason, deduction and, yes, faith. This is a fight a long time coming. Many of us are surprised by the General we have. But that doesn’t mean the war is any less worthy of the effort.

And the Republican crybabies? Here’s an idea; do your job or resign.

Crybaby Republicans – Do Your Job or Resign was last modified: October 12th, 2016 by Michael Giere

Well, it didn’t take long for someone to go trolling in a trailer park for Trump Trout. CNN has found two who admit that Trump molested them. No sign of Hillary attacking them before they got in the net.

Check the paid escort services of the Swamp and see how many moral gentlemen you find from the GOP in their database.

Many of the republicans disavowing Trump are doing so out of self-preservation. We didn’t learn anything about Trump from this video that we didn’t already know. If you supported him before, the only reason not to support him now is that you’re afraid for yourself.

Every do-nothing Republican political hack who fell over in false piety at the latest stunt signifying nothing is the Enemy’s fifth column Little Helper. These, the Ryans and the Comstocks, should be banished from our midst, ground down to political has been.

Those who among us who fell hook, line and sinker straight into the Enemy’s cleverly devised snare, they are gullible people who showed little judgment. We should be wary of their counsels. We, instead, should lead and follow from strength.

The bright spot are all those who saw through the ruse, and refused to be played like a fool fiddle. And best of all, we saw a general, a very imperfect one, but a general on the debate stage who fights, never does anything but fight, and knows how to fight.

Here then is the proof that Trump is out to win for America. He does not cave under withering fire.

I’m not sure who should be more afraid of replacement, Comstock or Whitbeck.

“This is a fight a long time coming. Many of us are surprised by the General we have. But that doesn’t mean the war is any less worthy of the effort.”

Well said. The fight is what is important… not the General. Get on the right side of the fight, first and foremost.

Many of these elected officials do not engage in any actual actions. They talk about actions, they regret actions of others, they endlessly criticize actions, they postpone actions for the “right” time, they espouse on the consequences of actions, they campaign for re-election on actions, they support past actions of others claiming some credit (not of course due) and after creating this mound of befuddling nothingness they stand firmly atop the chimera preaching to the masses they have totally conned the righteousness of their non acts and the moral ineptitude of others calling for change They are the modern Pharisees and need to be removed from the political temple by the American voter.

The greatest moral failure is the political lie told for personal gain. The Republican Party leadership made a clear and unequivocal promise to their constituents regarding Obama. They didn’t make a mistake, they lied.

There is really little difference between what Hillary did in damaging national security and what the Republican leadership did with self-serving lies. No one should be amazed that Trump is where he is – he called out the lies.

Thanks for the perspective. I needed that. The weight of the non-stop Trump gaffes, tweets, and name calling were weighing me down.