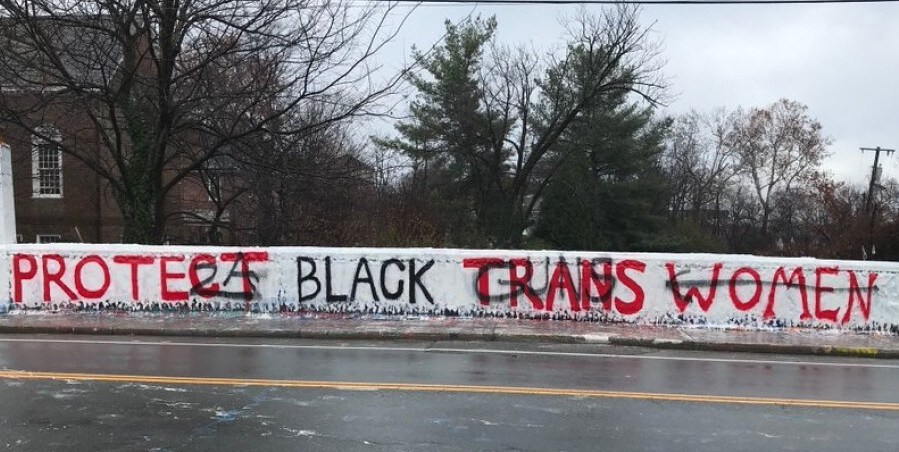 Cultivating the Next Generation of Fragile Weaklings

The painting of graffiti on Beta Bridge on Rugby Road is one of the great traditions of the University of Virginia. I still recall my first encounter with the bridge as a first-year student at the University in 1971. Someone from Washington & Lee had spray-painted the phrase, “Wahoos are Goobers.” The practice of bridge-painting is even more ancient and hoary than me, dating back to 1901. There are no rules governing the painting, much of which occurs in the dark of night. Your message lasts only as long it takes for the next guy to slap another layer over it. According to Wikipedia, the bridge is painted on average about five times weekly.

Messages on the bridge cause offense from time to time. But the prevailing philosophy is that the structure is a public forum where the only response to objectionable speech is more speech. As such, Beta Bridge is a fascinating window into the culture of the university community.

In the latest flapdoodle at UVa, the secret SABLE society had painted a message to raise awareness of the difficulties faced by black transgender women, who are murdered at rate roughly four times that of “cis” females. In big bold letters, the society painted the phrase, Protect Black Trans Women.” Then, to the distress of many, someone came along and spray painted over the message: “2A” and’ GUNS.” 2A presumably refers to the Second Amendment and is tied to the movement among counties and towns in Virginia to declare themselves Second Amendment sanctuaries.

The University administration’s response started out with an appropriate gesture to free speech: Said spokesperson Brian Coy in a statement:

Beta Bridge is a long recognized public forum that may on occasion cause controversy or disagreement about the messages expressed or the intentions of individuals who choose to paint the bridge. We hope that community members will continue to honor this long-standing tradition of public expression in a way that respects every member of this community and the viewpoints they bring to Grounds.”

Coy went on to acknowledge the concerns of black trans women and read something sinister into the 2A graffiti.

Anyone who felt “impacted” by the 2A graffiti, he added, could enlist the resources of Counseling and Psychological Services, the Faculty Employee Assistance Program, the LGBTQ Center, and the Office of Equal Opportunity and Civil Rights’ Gender Diversity Resources.

Blake Hesson, president of the Queer student Union, said the incident, in the words of the Cavalier Daily student newspaper, “speaks to a wider problem where hateful messages are directed towards marginalized people around the University.” Said Hesson:

This speaks to something that’s continued and probably will continue but I think this is where the University should come in and say what kind of things should be allowed, and how we should respect and respectfully disagree, even though I don’t think you can really disagree with a human being and [how their identity informs how they live their lives].

Bacon’s bottom line: OK, let’s all put a paper bag over our heads and breathe deeply until we stop hyper-ventilating.

People are jumping to the conclusion that spray painting “2A” and “GUNS” over the previous slogan, “Protect Black Trans Women,” is directed at black trans women — this on a bridge that is repainted on average about five times a week.

To me, it looks like someone came along and simply spray painted their own message on top of the old message. But I’m open to the idea that I’m naive. Perhaps readers more imaginative than I can explain how the “2A” and “GUNS” interacts with the words “Protect Black Trans Women” in order to produce an intelligible statement of any kind.

If scribbling “2A” and “GUNS” on Beta Bridge constitutes a threat to anyone, it is the subtlest, most indirect threat I have ever seen — a signal so muted that only those with the most exquisite antenna can detect it.

I am willing to posit that the predicament of black trans women is as dire as portrayed — perhaps not in Seattle, where a black transgender stripper was hired with taxpayer money to perform at a homeless conference, but in other more retrograde parts of the country such as the People’s Republic of Charlottesville. Apparently, of the 27 trans women murdered in 2016 nationally, a majority were “women of color.” But is the predicament of black trans women on the University of Virginia grounds so precarious that they or their sympathizers would be triggered to seek psychological counseling?

Permit me to make the white cis male observation that maybe, just maybe, treating black trans women at UVa as delicate hot-house flowers with the most fragile of psyches is not the way to prepare them for the real world. They are likely to encounter far worse than “2A” messages, and they need to toughen up. There used to be a school of thought in this country that overcoming adversity makes one stronger. Today, the prevailing philosophy (on college campuses at least) is to render protected groups more vulnerable and more delicate.