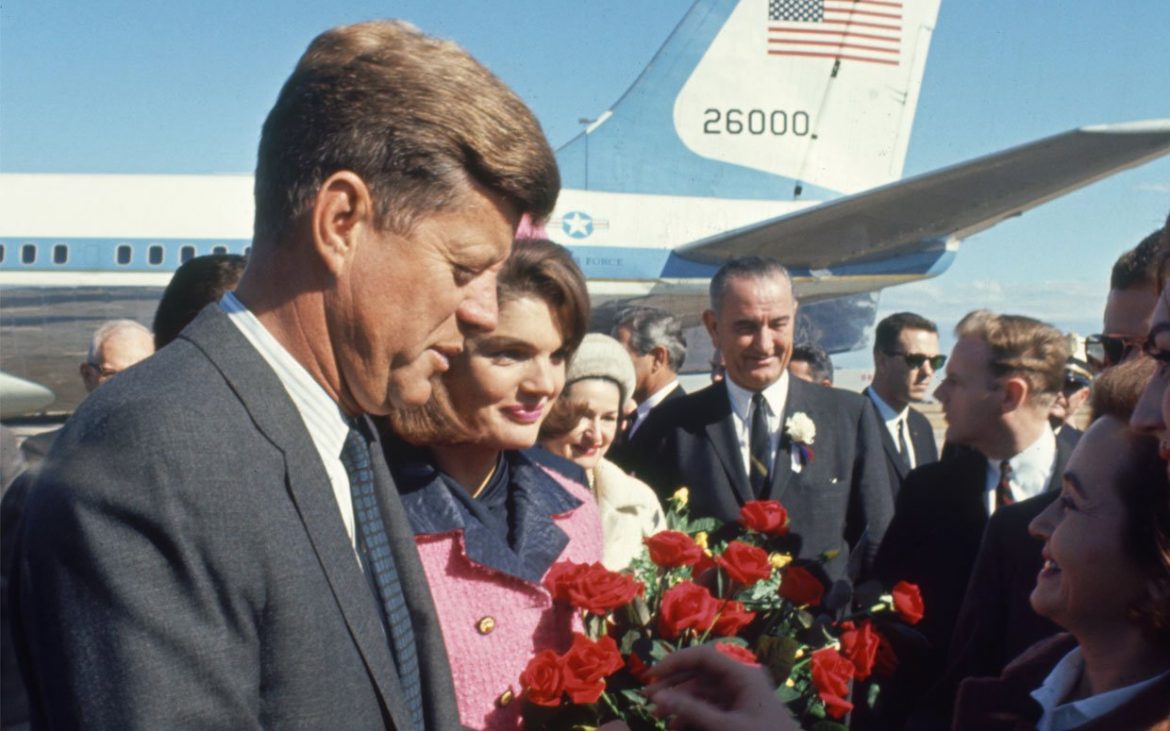 President and Mrs. Kennedy arrive in Dallas on November 22, 1963.

Cynicism and Stalking the Truth

If you have ever watched one of those nature shows where a giant Anaconda snake grips its victim and progressively crushes out its life, then you understand how cynicism works.

At first you are presented with facts that don’t match your established beliefs or opinions, however they were derived. Then, little by little your version of reality is squeezed out of you by the ever tightening coil of new facts, observations, or some inescapable truths, until your former position is a lifeless carcass.

You’re reborn as a cynic. Perhaps wiser, but nonetheless a cynic.

My cynicism took longer to percolate than most, but it started with the assassination of President John F. Kennedy in Dallas, Texas, on November 22, 1963 – fifty five years ago this month.

Like many causal observers in the years following the murder, I generally believed in the broadest sense that my government was telling me at least a likeness of the truth.

Then somewhere in the years to follow, I actually read through the Warren Commission report, and like most reviewers, found its conclusions implausible, or worse.

My misgivings were based primarily to the “magic” bullet theory, and the glaring contradictions between the autopsy results presented in the report to support the single shooter finding, and directly conflicting statements concerning the fatal wounds the President received made by the attending medical personnel at Parkland Hospital in Dallas, the First Lady herself, the first Secret Service agent to reach the President, other law enforcement personnel and several of the closest eye witnesses.

We now know as fact that the Warren report was a patch work of various national and international policy considerations and public relations objectives looking for a soft landing, and that both the Director of the CIA, John McCone, and the  Director of the FBI, J. Edgar Hoover, actively hid evidence and manipulated facts presented to the Warren commission. Even the namesake of the report, Chief Justice Earl Warren, withheld critical information from the commission, including access to the autopsy photographs, both on his own volition and at the request of the Kennedy family, with whom he was close friends.

The report was as much wishful thinking as fact, as evidenced by four of the commission members who expressed grave doubts about the report’s conclusions when it was released in 1964, not mention many national politicians who were openly skeptical. In 1979 even the House Select Subcommittee on Assassinations, while supporting the single shooter theory, wrote that President Kennedy was “probably assassinated as a result of a conspiracy.”

In the succeeding years The Warren report was only the first of many deliberate lies and misdirection concerning the assassination that have become obvious, as more and more documentation becomes public, and new details are revealed.

Ironically, the report that was supposed to inform and assure Americans, instead morphed into exhibit A of the horrendous crime and the following cover-up of evidence – and what now seems at the very least an organized murder, at worst an outright coup d’état.

If it is fair to say we may never know exactly how or who accomplished the assassination with 100% confidence – which this writer believes will eventually prove to be the case – it would also be fair to say that we do know that the original story line was simply a get-way vehicle used to flee from the terrible truth.

The more we learn – and more facts have come into the public domain in the last ten years than in the previous forty – the more wrenching the tale.

And, regardless of “the who and the how,” the fact is stark and brutal – a president was violently removed from office. A President – regardless of his politics – who was breaking china in Washington and internationally, and whose Justice Department was orchestrating the attack on organized crime, as well as the ongoing investigations of one of America’s most corrupt politicians, Vice President Lyndon Johnson.

The question is, who were the witting and unwitting participants? Were some simply pawns of circumstance?

[For the interested reader, nearly one thousand books have been written about the Kennedy murder, and countless thousands of essays and papers are available. There are, of course, as many theories as there are books. However, in the last fifteen years, there is a clear trend that is emerging as new information is discovered or released.]

This is hardly an original thought, but the murder of John F. Kennedy marked a profound turning point in post-World War II America. Its impact was preceded by a growing culture of lies and misdirection within the government and the intelligence community and a media that was tightly controlled and suborned by the political government it covered.

The nation’s spirit was as violently attacked as was its leader on that sunny Friday afternoon in Dallas. It was more than a collective shock, it was a crying ache in the nation’s heart that subliminally reminded citizens that innocence is a mirage reflected by prosperity and comfort. There is no such thing in reality.

The murder and the ensuing investigation was a grim imprimatur that reaffirmed the ageless truth that real Evil stalks the hearts of men. It is the halo of this Evil that tells some men and women that their way, and only their way can be allowed in the world, and every knee must bow to the power they alone should possess.

It is the Evil that Cain wielded against Able.

Was this murder the singular event that triggered so much pain and irrationality in the country, starting with the devastating debacle in Vietnam, and the radicalization and violent politics of a generation? Did it change the dynamics of power in American politics forever?

Perhaps they are all true in part.

Today the sad news is that little has really changed in the past fifty years. The intelligence community and law enforcement agencies have grown in size, scope and power – for both good and ill. However, the lack of oversight and control by both Congress and the Executive has in the past, and does today, invite mismanagement and misuse at the highest levels,  and allows for lack of accountability for the very long list of alarming failures (of course, we don’t hear about many of the successes).

Once again, the nation is embroiled in a confounding web of deceit and outright lawlessness that reaches right to the top of the Department of Justice, FBI and CIA – with the involvement of the prior Administration.

This time we don’t have to speculate about the extent or purpose of the involvement of the nation’s top agencies. The clear purpose was, and is, to remove a sitting president from office – to undo a president who is breaking china in Washington and internationally. A president who is intent on implementing reforms that threaten all that Washington holds most dear – power, control and money.

There are thousands of employees in the nation’s intelligence community and in its law enforcement agencies that are expected to uphold the law, and to protect the nation – and do just that. Can we expect less from the senior leaders of those same agencies?

The cynic that I am, says no.

Cynicism and Stalking the Truth was last modified: November 13th, 2018 by Michael Giere