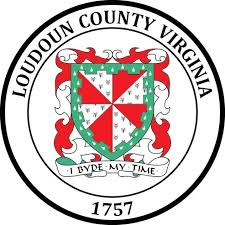 And then there were two. Only two Republican incumbents will face challengers in the Loudoun Republican Convention on May 2nd. [read_more] Dallas Nash has withdrawn his challenge to Supervisor Geary Higgins in Catoctin District. In the Ashburn district Supervisor Ralph Buona will be challenged by Joe Scalione. The current Sheriff, Mike Chapman, is facing a challenge by former Deputy Eric Noble. The full list of Republican candidates can be found here. The democrats’ list of candidates in Loudoun can be found here.

Dallas Nash Drops Out of Supervisor Race in Catoctin District of Loudoun was last modified: March 2nd, 2015 by Jeanine Martin

Regrettably, Ralph Buona is really the guy who strong armed people to thrown Loudoun County into the financially-draining WMATA compact obligating Loudoun to pay 5% of the capital and operational costs of that corrupt, union-run Metro system FOREVER.
That was the defining vote of this Board and I cannot support any Loudoun Board member who voted to throw us into that monstrosity.

I will be a delegate for Joe Scallione.

LOL. Can I tell you how much I LOVE living in Loudoun County? So much more fun than Arlington. 😉

Yes indeedie, we’re colorful out here in the wild, wild, west. Stay tuned. You ain’t seen nothing yet! Things start to get fun by the end of this week, the beginning of next week.

Neither list includes School Board. I realize they are elected differently, but I do wonder who’s running.

I want to thank Mr. Nash for his common sense approach to the road ahead. I’d encourage Mr. Nash, who obviously identifies as a republican, to help in recruiting delegates for Ralph Buona, because Ralph , in his later days, has been the lead advocate for fiscal restraint.