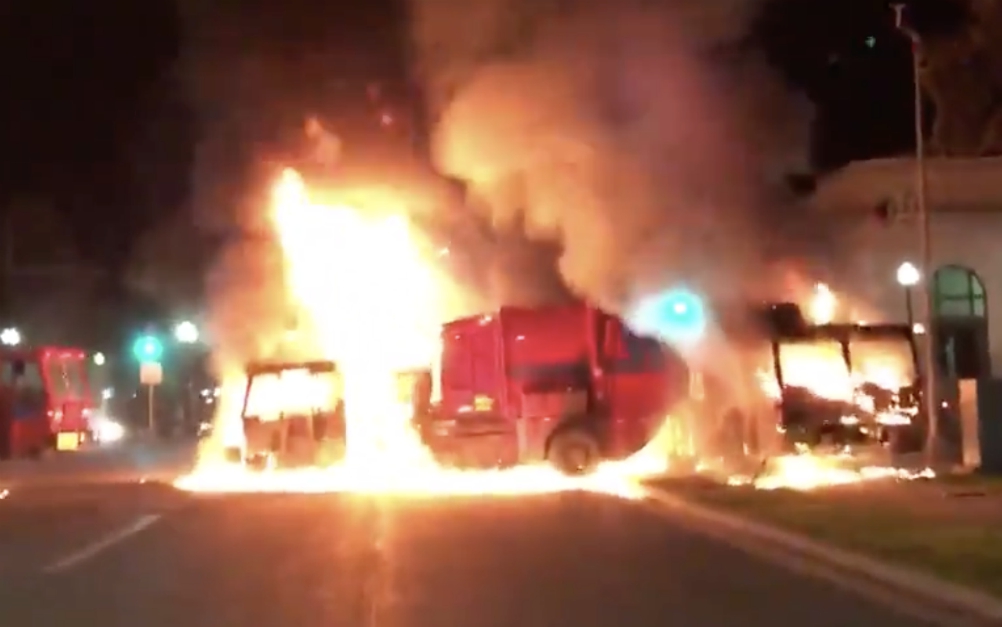 The past year has seen many remarkable occurrences across our country. Some have been politically motivated; others were prompted by the pandemic caused by the COVID-19 virus; still others came about because people prepared to take advantage of emergencies to gain personal advantage are always with us.

Many of these occurrences have actually established dangerous precedents for the future – either because those who introduced them didn’t realize that they were constructing a model for future behaviors, or because they thought the advantage produced by the behavior or practice would always apply only to them. It’s usually possible to infer which of those motivations was in play when a dangerous precedent was established, but not always.

Because the political leanings of certain news organs have made their news-coverage unreliable, and because so many new precedents have arisen during the year, brief summaries of some of the more important ones seemed useful. I discuss them in no particular order in the following paragraphs.

Censoring Public Speech and Opinion. During the later stages of the 2020 presidential campaign, commercial providers of internet service started censoring political commentary on their social media organs. Opinions which didn’t suit executives of Twitter, Amazon, Google and other internet-providers were blocked or erased from publication. Accounts of some consistently conservative-leaning writers were cancelled entirely.

Late in the campaign, a New York Post reporter wrote several articles about Hunter Biden. They were based on damaging items extracted from a laptop computer that Hunter Biden had left at a repair shop in Wilmington, Delaware, in 2019, but never retrieved. Those articles were blocked by Twitter for being “based on hacked material.” The Biden campaign claimed that the NY Post articles were based on material supplied by Russian operatives to damage the Biden candidacy.

Internet organs’ suppression of news and opinion items considered damaging to Joe Biden became routine occurrences as the campaign reached its final months. Even President Trump was barred from Twitter. After the election, when those items were more widely reported, some 25% of Biden-voters indicated that they would have voted differently, had they known of Hunter Biden’s unsavory past. The conservative website Parler was also pulled offline, after both Google and Apple removed the app from their on-line stores.

Internet executives who engaged in opinion-censorship – for whatever reasons – might not have foreseen harm to their own businesses. At this writing, millions of users of those censoring organs are canceling their subscriptions and moving to new internet-organs.

Actions have consequences. They can also be dangerous models for the future. Now that the suppression-precedent has been established, we can expect its repetition from all points on the political spectrum.

News Cover-ups. Several large mainstream broadcast and print media outlets either failed to cover significant news events throughout the Trump-presidency, or else slanted their coverage to give false impressions of the events’ true nature. Reports of many of Mr. Trump’s notable achievements either were not covered, or else appeared with the Appalachian property ads in the back pages of the NY Times.

Violent riots during 2020, in 48 of the 50 largest American cities, either went unmentioned by major news organs, or were mischaracterized as “mostly peaceful protests” prompted by the police-shooting of an unarmed black man in Minneapolis. Millions of Americans who watch (or read) reportage from these news organs had no idea that violent mobs were burning, smashing, and looting businesses – and in some cases occupying entire sections of cities like an invading force.

A liberal-leaning neighbor of mine, who reads only the New York Times and the Washington Post, thought I must be making it up when I mentioned the widespread rioting. He knew nothing about it. As more accurate news emerges about how extensive these cover-ups were, Biden-devotees are denouncing the revelations as more fake reports from Russian agents.

This is the new model for 21st Century news reporting, and it is a very dangerous precedent. History shows that Americans can be fooled, but not repeatedly. Eventually, only honest reporting media will survive, and the crash of the news-fibbers will be very great.

Turning Epidemics into Political Weapons. Appearance of the COVID epidemic in a presidential election year made its use as a political weapon to damage the sitting president a foregone conclusion. Nevertheless, Mr. Trump’s enemies bashed him with the epidemic to an unprecedented degree, with some even suggesting that he had actually engineered the epidemic for political purposes. Throughout 2020 the “epidemic war” became a confluence of highly publicized duels between:

The year-long COVID-war changed the political landscape by crashing Mr. Trump’s booming economy and sending it into recession. Millions of people were thrown out of work. Hundreds of thousands – perhaps even millions – of small businesses were hurt. Many may never reopen. Politicians added $8 trillion to the National Debt by issuing “relief” payments that were only printed money.

Schools switched from in-person classroom instruction to less effective virtual teaching. The governor of New York caused thousands of deaths by ordering COVID-infected senior citizens to be sent to nursing homes. He followed up by falsifying the death-count.

Other governors corrupted election-security in their states by ordering that “absentee” ballots be mailed to every voter listed on the rolls. And a president who should have cruised to an easy re-election on the strength of his successful economic and foreign policy accomplishments went down to defeat in an election riddled with fraud.

All of these factors were dangerous precedents for the future. Teachers have discovered how to get paid without having to go to work. Politicians have learned that they can gain political advantage by ruining the finances of their constituents. And those willing to cheat can now see a way to sure election victory. The jury is still out on whether election-integrity can ever be restored.

Abuse of Emergency Powers. Fear of the new virus, stoked by model-generated predictions of millions of deaths, caused state legislatures and city councils to give governors and mayors “emergency powers” over businesses and personal conduct. Many of these chief executives closed down businesses, limited individual movement, and even prescribed medical measures – e.g., masks – on which actual medical people were not in agreement. Millions of people were thrown out of work or had their businesses severely damaged as mayors and governors acted dictatorially – often after levels of virus-infections and deaths were obviously waning.

Amid all the worry about the pandemic, urged on by news media’s eternal “where’s the conflict” quest – plus political blame thrown fifteen ways from Sunday – only a few social observers stopped to consider whether it was wise to put so much power in the hands of local and state officials who knew their own incomes or finances would not be affected. Some of us wondered what new “emergency” would tempt those officials – who had quaffed so deeply from the chalice of absolute power – to impose another round of business closures and personal restrictions.

When the bill of dangerous precedents is toted up, this will be the costliest for our future. There is no Constitutional provision for abrogation of the Bill of Rights.

“Whom the gods would destroy they first make mad.” (From classical Greek literature)