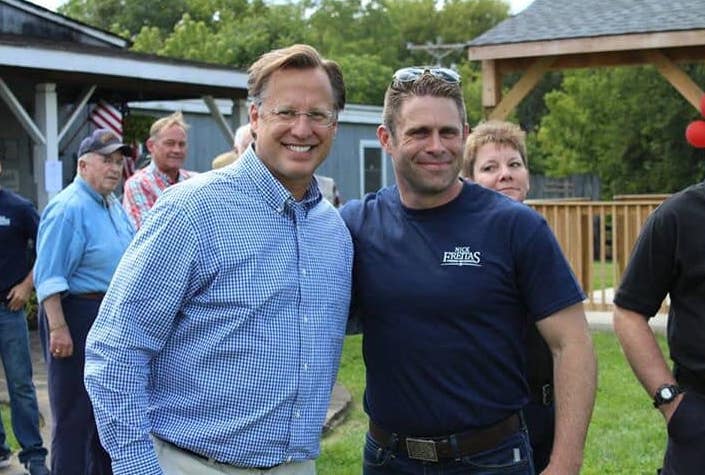 For the first time, former Congressman Dave Brat has endorsed a candidate in a Republican primary. He is endorsing Delegate Nick Freitas for Congress in Brat’s former district, Virginia’s 7th. From the Richmond Times-Dispatch:

“Throughout my time in office, I maintained a tradition of not endorsing during Republican primary contests,” Brat said. “However, as I look at the battles in front of us in 2020 with my time in elected office behind me, I have decided that there is no more important time to break that tradition in order to give my full and unconditional endorsement to Nick Freitas in the Republican primary for Virginia’s 7th Congressional District.”

Republicans in the district will nominate their candidate April 25 at a convention at the Arthur Ashe Center in Richmond.

Others running in the Republican primary in the 7th district are Del. John McGuire, R-Goochland, and Tina Ramirez of Chesterfield.

The 7th has traditionally been a Republican district. We need to take it back from Democrat Abigail Spanberger if we are to have a hope of taking back the House. Frietas is the man who can do that.