“Brat’s surprise triumph may turn out to be more
consequential than anybody thought at the time.”
– Jonathan Chait, NYMag.com

It is rare for any individual political activist to see a direct positive impact from his or her work. Campaigners for causes like Life, the Second Amendment, pro-growth tax policy, and others are cheered when the collective efforts of thousands of their fellow activists move the needle just a little bit in their favor. 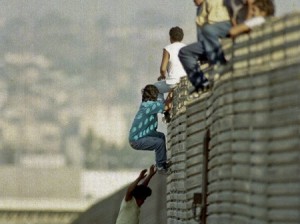 That’s what makes Dave Brat’s historic upset of Eric Cantor so remarkable. However you slice it, his win in the June 10 primary was the product of the efforts of a relative handful of individuals. Now, the wider impact of that election (and, consequently, of the grassroots activism in the 7th District) is coming to light.

Before Majority Leader Eric Cantor’s primary loss in Virginia last month, the House leadership’s private whip count was 144 GOP votes in favor of passing a bill this year. Afterwards it was half that.

That means that prior to Cantor’s defeat pro-amnesty Republicans were willing to allow and/or assist a Democrat minority in passing legislation with the core component of a “pathway to citizenship” (i.e., amnesty for most of those who have come here illegally). After the Brat win, at least half of those were spooked enough by the prospect of primary challenges of their own that they changed their minds, all but completely eliminating the prospect of any sort of comprehensive legislative action on immigration prior to this year’s elections.

Victory has a Thousand Fathers
As Jonathan Chait writes in New York magazine, “Brat’s surprise triumph may turn out to be more consequential than anybody thought at the time.” The outcome of this one nomination contest—out of the hundreds of nomination battles this year—has quite literally changed the direction of the country.

The old saying goes, “Defeat is an orphan, but Victory has a thousand fathers.” The grassroots triumph of Dave Brat over Eric Cantor is no different, but in this case the victory belongs to a lot fewer than a thousand people.

To be sure, tens of thousands of individual voters showed up to vote for Brat, but it is the hundreds of volunteers who knocked doors for him—and the dozen or so grassroots leaders who marshaled those volunteers—who own this win, and its subsequent impact on national politics. Just as importantly, it belongs Brat himself, and to those who urged Brat to run, and to stick with it when victory seemed impossible.

It was also the product of the work of those in the trenches of intra-party combat, whose toppling of top Cantor lieutenant Linwood Cobb a month earlier energized the grassroots and showed them ultimate victory was possible. Together with the foreshadowing of Cantor’s and Cobb’s defeat at the Henrico County Mass Meeting, these events provided Brat tons of positive earned media he’d been unable to garner previously, thus raising the profile of the race among the likes of Laura Ingraham and others who might not otherwise have taken note.

Perversely, Cantor’s own chief consultant, Ray Allen, also deserves credit/blame for all this, according to (among others) RPV Chairman Pat Mullins. “Ray probably ran the worst campaign we’ve ever seen in Virginia,” said Mullins. “I really think Ray cost Eric that election.”

Power of the People
Clearly, opinions among reasonable people differ as to whether the defeat of Cantor was a good thing (that’s an argument worth having, hopefully after a November win for Dave Brat), and whether some species of amnesty is an appropriate way to address the illegal immigration crisis. But in the meantime, we shouldn’t lose sight of the fact that we’ve just witnessed a truly stunning example of how, when properly led and channeled, grassroots activism even on a local level can have a direct, consequential impact on the course of our country.

Remember that the next time someone asks you to make phone calls, knock on doors, or show up at rallies. You CAN make a difference.