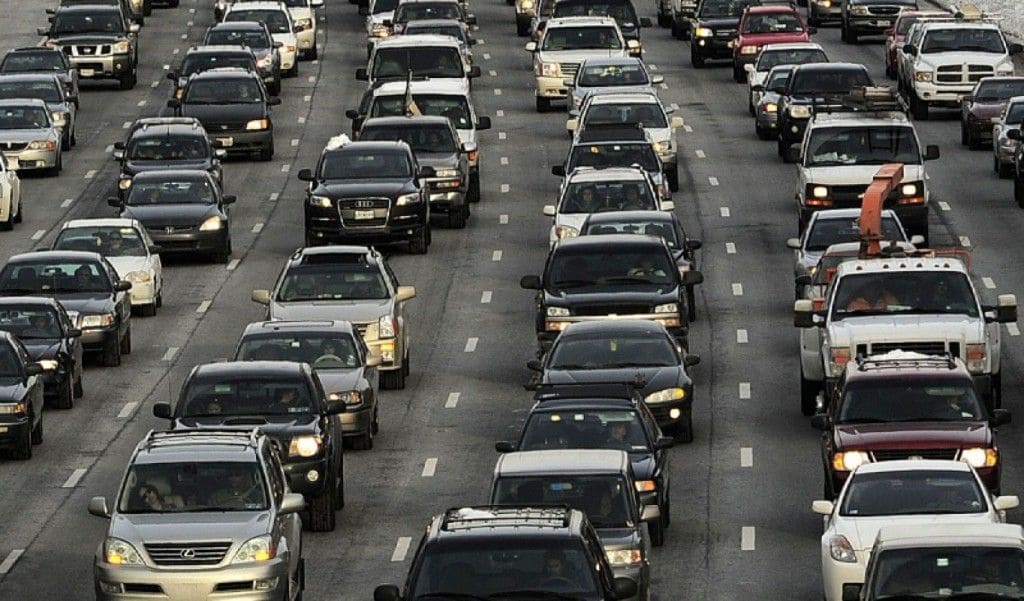 Dealing from a stacked deck on Virginia transportation projects

Sitting in traffic is a low point in most people’s days. Discovering that Virginia’s transportation funding is stacked heavily against drivers adds insult to injury. The Virginia Smart Scale system is supposed to identify projects for funding based on bang for the buck, but the Northam administration’s January set of recommendations is so biased against roads that there is no doubt the statutory directive that breathed life into the process in 2014 has been tossed out the window.

Details of how the project rating system is being gamed are wonky to say the least. Before getting into that, here are some glaring facts from the project recommendations. Virginia law requires that in Northern Virginia, the cost-benefit analysis must weigh congestion mitigation as the highest factor. The goal is getting people between home, work and elsewhere efficiently.

Loudoun, Prince William, Arlington and Fairfax counties and all cities and towns within those counties constitute the Northern Virginia transportation district. Altogether, they pay many millions of dollars into the Transportation Trust Fund. While road congestion abounds in Loudoun and Prince William counties, this year’s scoring offers them very little money; for Prince William, a fast-growing county with some of the most congested roads in Virginia, the administration recommended funding $0 — nada, nothing. That alone is overwhelming evidence that the system is rigged.

How did these fast-growing counties with many highly congested roads miss out? The answer is quite simple. The money was hijacked by Gov. Ralph Northam’s (D) people to keep his promises to Amazon HQ2 in Arlington. My biggest gripe with that is when good road projects that will fix congestion are passed over for projects whose potential is primarily economic development, there is the proof we do not have an objective, fair and transparent ranking system that adheres to the will of the General Assembly.

If these transit-biased recommendations are accepted by the Commonwealth Transportation Board when the final spending decisions are made, local governments across Virginia will have spent hundreds of thousands on studies and applications submitted for Smart Scale, only to have high-value road projects passed over, causing local leaders to lose confidence in the integrity of the process.

Numbers don’t lie. The Northam administration’s recommended project funding list for Northern Virginia spends 92 percent of the $200 million in recommended funding on transit/bike/pedestrian projects. Only a pittance, $16 million, would go to roads.

The Northam administration’s scoring shows 61 percent of these recommended projects’ benefit would be “Land Use,” another 9 percent “Accessibility and Economic Development,” 18 percent “Environmental” and only 7 percent “Congestion Mitigation.” Geographically, 66 percent of Northern Virginia funding would go to Arlington and Alexandria, with another 25 percent to a bus project on the Route 1 corridor in Fairfax County.

This process sent virtually all of Northern Virginia’s state transportation funding for two years to projects within a stone’s throw of the Amazon HQ2 project in Arlington. To be perfectly clear, this set of recommendations sends transportation money to economic development, ignoring that the law clearly states “no project shall be undertaken primarily for economic development purposes.”

My office has worked with Loudoun and Prince William counties to come up with revised scoring that more closely follows the General Assembly’s original instructions, prioritizing congestion relief while funding a fair mix of roads and transit projects.

We need a major reform of our not-so-Smart Scale process, so our money will fix Northern Virginia’s notorious traffic congestion instead of being used as the governor’s economic development slush fund. Localities all across the commonwealth are relaying a variety of concerns. Fixing Smart Scale is absolutely necessary and doable, but it will take some time. In the meantime, this year’s funding should include critical congestion-relief projects, including the Route 1/Route 123 interchange in Prince William County and the Route 7 widening project in western Loudoun County.

Dealing from a stacked deck on Virginia transportation projects was last modified: May 16th, 2019 by Delegate Dave LaRock