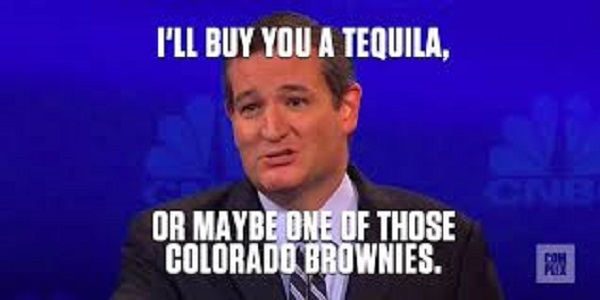 Marco Rubio shone brightly last night.  His personal story, his optimistic vision, his command of the facts, and clear-eyed grasp of foreign policy are reminiscent of the last time we had a nominee that inspired pride in the Grand Old Party.  His position viz a viz Jeb Bush distances him from the “establishment” in a year when anti-establishment sentiment is clearly dominant among the Republican base.  Rubio’s stock is on the rise.  I’ve been wrong before during this election cycle, but a betting man would be putting a good chunk of his money on this horse.

Ted Cruz gave his best performance last night, including his extemporaneous skewering of the moderators for their ridiculous “cage match” style of questioning.  I’ve said to others before that I like everything that Ted Cruz says, but I have qualms about the way he says it.  Last night, Cruz laid some of those qualms to rest.  Cruz is clearly the most solid movement conservative on the stage, and showed that he’s going to be around all the way to the end.  Don’t count him out, especially in Texas and the southern primaries.

Other bright spots: Carly Fiorina, as per usual, makes the solid case that we want her on the stage debating Hillary Clinton.  She’d eviscerate her in a way that none of her male counterparts could.  Her deft handling of the sucker-punch questions from the CNBC panel shows she’s ready for prime time.  Chris Christie likewise displayed tremendous ability to make sense, and to make the mainstream conservative case.  Rand Paul had a better night than he has before, and scored points on the observation that when a Congressional majority lacks a veto-proof margin, the only thing that keeps the President from writing his own budget are leaders in the House and Senate willing to use the only leverage they have.  He’s right that our leaders have abdicated this responsibility.  Unfortunately, though Paul came out ahead of where he was before, it doesn’t yet look like he has what it takes to beat the pack.

Ben Carson‘s poll numbers will probably rise after his performance.  I finally see what so many others find so appealing about his demeanor and approach.  Though he’s not my guy, I think he’s a fine man and a good addition to the field.

Donald Trump has begun playing a longer game.  He recognizes that there is such a thing as candidate fatigue, and consequently he largely laid low last night.  Smart.  He’ll save the best for last.  All indications are that The Donald is in it to win it now, and that he’ll focus on burnishing policy credibility for a while, and will turn up the volume when it matters.

Establishment hacks were the biggest losers last night, as Jeb Bush’s implosion picked up pace and John Kasich’s smug condescension reached new heights.  All the little piggies wanting to water at the biggest establishment troughs (lobbyists, consultants, sycophant bloggers, campaign staffers) have got to be having some nervous second thoughts as they realize their gravy train ain’t running on time.  If Trump and Carson have shown us anything this year, it’s that mainstream Republicans are tired of nominating Mitt McDole every four years.  The cottage industry of politicos that lives to serve those candidates suddenly will be casting about for next-best-alternatives.  A lot of those folks in Virginia swooned when Bush tapped Eric Cantor to lead his effort.  It will be interesting to see how whiny this crowd gets as the frustrations displayed by Bush and Kasich become even more palpable in the coming weeks.

Mike Huckabee might be the best natural orator on the stage, and his performance last night did nothing to harm him.  But when you’re as far back in the pack as he is, you’ve got to do more than sit still to show that you can be in this campaign for the long haul.  Huckabee is counting on a Santorum-style, evangelical-inspired resurgance in Iowa and elsewhere to rescue him from these doldrums.  But that energy just isn’t going to be coming Huckabee’s way this year, when there are so many other credible alternatives.  It’s time for him to hang it up.

I thought the field won when they started pointed out the obnoxious bias of the so called “press.” Cruz was awesome in his attack, and I loved when Christie asked if the moderator would like to answer the question.

Steve, you sort of straddle the line between renegade Tea Party and Bearing Drift Land of Establishment GOPe’s or dopes. Now they must be absolutely horrified at Trump, outsiders winning and that Eric Cantor’s main man, Yeb! is about to have to give it up.

But you seem to be changing your tune on Trump .. how come? (in that this is an unbiased review of his performance and you seem to recognize that he isn’t going away…)

Back in December on the jobsite I had told everyone that I wanted Trump to enter as long as he did not talk the birther stuff, it draws away from his true loyality to America. He did dial it back , though he is dialed in. Wait for carbon tax stuff.
Cruz was strait forward, I like that.
I still want them to reconize that illegal aliens are exploitating and being exploitated throughthe 1099 system , the wall alone will not take care of what lures them here { the underground labor market }.
I wonder would Trump call out McAuliffe on Employee Misclassification Task Force detecting illegal aliens as unlicensed contractors if he takes a VP spot from Clinton.
American Jobs
Defending the American Dream
Trump in 2016

Don’t you have to actually have a debate before you have winner’s and loser’s of an event. Calling what has been put forth by the RNC and the main stream media to date as a “debate forum” is a little like confusing the output of the Taco Bell drive through window with actual Mexican cuisine. The leading candidates are in open rebellion to this mess, as well they should be.

Lawrence, your posts are always worth reading. thank you.

I agree with your astute assessment, Steve. I thought that the candidates were impressive as a group. A stark contrast to the pitiful Democrat bench. Personally, I am partial to Marco Rubio. He is informed, articulate, optimistic, and telegenic. And there is this… he’s Hispanic with a great personal story.