Decision time for Chairman Bill Stanley in the Fifth District 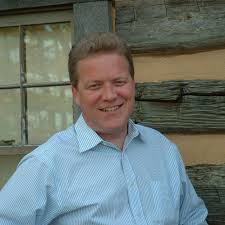 This Saturday, the Fifth District Republican Committee, chaired by Senator Bill Stanley, will meet to determine the fate of the appeal seeking to overturn the slating at the Campbell County GOP’s 2014 mass meeting.

The Bull Elephant has documented how Democrat voters and contributors swarmed the Campbell County GOP mass meeting on March 20. Directed by RPV First Vice Chairman Mike Thomas, they ruthlessly threw every sitting member off the county GOP committee, and slated over 100 people off the state and Fifth District convention delegations as well. Chairman Stanley is stepping down, but one of the candidates to replace him at the upcoming May 17th 5th District Convention, Mark Lloyd, was disenfranchised right along with his wife and over 90 supporters. So Lloyd cannot even vote in his own race.

The race for Fifth District chairman was a huge undercurrent in Campbell, with Eric Cantor’s folks pulling for Jon Berkley against Mark Lloyd, a 20-year veteran of the Campbell committee and the former head of the Virginia Tea Party Patriots. Berkley’s delegates were seated by Mike Thomas and Co., while Lloyd and his delegates were unceremoniously tossed.

The previous Campbell chairman, Les Williams, and his supporters, filed a timely appeal accompanied by piles of evidence showing how the slating was accomplished by scores of Democrat voters and contributors, and scores of members of a local independent political party that has run candidates against every local Republican nominee since 2011. Neil Vener, who chaired the mass meeting, as well as all four candidates who opposed Williams for chairman—including contested winner John Ferguson—are members of that other party.

Now, just two weeks before the end of his four years as district chairman, Bill Stanley faces the defining moment of his chairmanship. Les Williams and his supporters have requested that the district committee declare the mass meeting invalid, tainted by the masses of Democrats and third party supporters who provided the margin for Ferguson. They have requested that the committee declare the last valid act of the Campbell GOP to be the acceptance of delegate prefiling forms by the required deadline, and declare that all properly prefiled delegates and committee applicants be seated, except those who have repeatedly and publicly opposed Republican nominees.

There are a number of critical reasons Stanley’s committee should grant the relief requested by Williams an his team. The first reason is the necessity to uphold the State Party Plan of the Republican Party of Virginia. The independent political party, known as the “ICCC,” has nominated and run candidates against every local nominee of the Campbell County GOP since 2011. The entire purpose of a political party is to nominate and run candidates for public office. Republicans can, and should, disagree as to the direction of our party, and support candidates of their choice during nomination contests. The Party Plan is designed for this. But once the candidate is decided, the party has a right and an obligation to protect its candidates. This is why the Party Plan removes from official committees members who publicly support or donate to opponents of our candidates, or who participate in another party’s nomination contest.

Before the mass meeting, Vener sent out an email to all county school teachers and county staff, claiming that the three GOP county supervisors’ proposed 7/10 of one percent (0.7%) budget cut would cost teacher jobs. He stated that the Party Plan’s loyalty pledge is unenforceable, and urged non-Republicans to attend the meeting to ensure that no more “extremists” (read “Republicans”) were elected to the Board of Supervisors. Scores of county employees, along with the Democrats and ICCC folks, responded to his call, overwhelming Williams and his Republican team 308-240.

So the entire Ferguson/Vener campaign was based on turning out non-Republicans to prevent more Republicans from being elected, and on encouraging people to commit fraud and falsely sign their allegiance to the GOP. This flies in the face of the entire letter and spirit of the Party Plan, and indeed of any political party.

Which leads to the second and biggest reason why Stanley and his committee should overturn the result. Should this stand, the blueprint has been produced to destroy every local GOP committee in this Commonwealth. If the Party Plan and its protections are not to apply, here’s the new roadmap. If you don’t like your local GOP committee, turn out Democrats and third party folks committed to destroying the committee. As the coup de grace, demonize Republicans who want to reduce the tax burden and streamline government as “extremists,” frighten the entire county staff that their jobs are at stake, and turn them all out as well.

Not a single GOP committee in the state could withstand what Les Williams’ GOP committee faced. In the massive Henrico slating battle, next door to Richmond, the winning team had some 175 folks present. In little Campbell County, the LOSING team had 240 people, and still lost by more than 60 votes (with documented Democrats and ICCC members accounting for for well more than the margin of victory).

Should Stanley and the other Fifth District committee chairmen uphold the Campbell travesty, their own committees, and every GOP committee in the Commonwealth, will be on the Endangered Species List.

Finally, the Williams team has a huge equitable argument in their favor. While the Party Plan is quite clear as to the process for mass meeting appeals, it is intentionally broad in the equitable power it gives its committees to fashion remedies. Article X, Section C gives the party the authority to make determinations on “all … matters deemed to affect the efficiency of the Party organization or the success of the Party.” This wording is intentional; it allows the party to make fact-specific determinations as to the most equitable way to right wrongs.

In Campbell, the Williams team is correct; the only way to preserve the integrity of local Republican committees, the only way to restore justice to over 100 loyal Republicans who were disenfranchised, and the only way to avoid making a mockery of the state Party Plan is to overturn the result, and seat every delegate and committee applicant who duly prefiled who has not repeatedly opposed GOP nominees.

It’s decision time for Chairman Bill Stanley. Eric Cantor, on whose behalf Mike Thomas masterminded the Campbell slating, will be applying intense pressure to uphold the slating. Chris LaCivita, Stanley’s consultant and an ally of Henrico slating mastermind Ray Allen, no doubt will as well.

Will Bill Stanley rise to this most critical leadership moment of his chairmanship? He has built a four-year reputation for fair dealing in the Fifth District. The next two weeks—with the appeal hearing this Saturday and the district convention next weekend—will be the supreme leadership test of his four years.