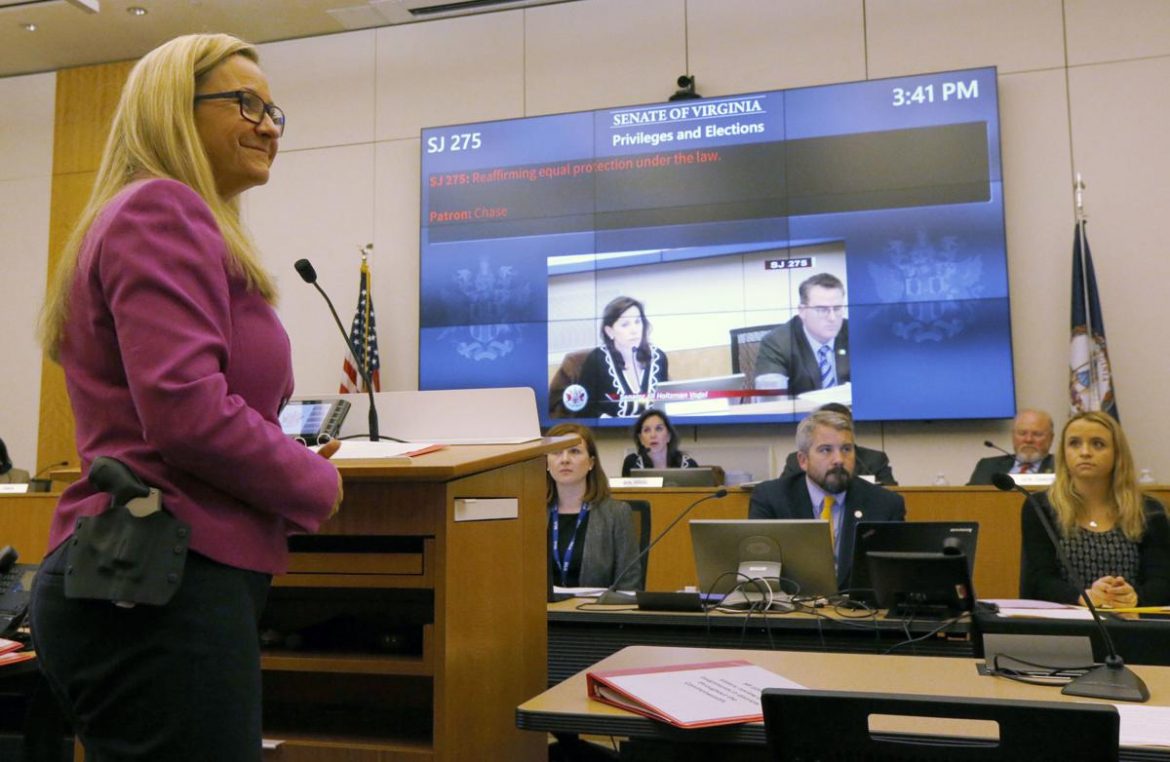 Last week, in the Virginia State Senate, one Senator from Chesterfield, Amanda Chase made headlines for openly carrying a sidearm during a committee meeting. It is well established that Sen. Chase was constitutionally protected in her actions and breaking no laws by open carrying. Predictably, however, she was attacked by the Left. To say she was criticized is not a strong enough descriptor for the response she received; her character was attacked, she was called evil and accused of paranoia – ironically an accusation of mental instability misogynists are commonly accused of committing.

The irony doesn’t stop there. The attacks on Sen. Chase come while the General Assembly debates ratification of the Equal Rights Amendment, a measure intended to ensure that the rights of women are equally protected by our justice system. The demonization of a woman who is engaging in an act undisputedly affirmed in our Bill of Rights adds to the mounting evidence that left-wing activists want women to be empowered…but only when it suits them. “Equal rights” is the cry of the feminist, but when a woman equally exercises her right to defend herself, those very same people condemn her. Similarly, when women express conservative opinions through their voice or their vote, they are often accused of succumbing to pressure from the males in their lives. The Left acts as if a thought counter to the liberal orthodoxy could not occur naturally in a woman’s mind.

However, the paranoia and fearmongering here exists among the accusers,not the accused. Why, she was asked, was she so fearful for her safety in a building protected by security? Schools have security, banks have security, nightclubs have security yet in each of these places we see acts of violence committed. Security is an individual responsibility.

Because a certain group of people is afraid of guns, they expect others to forgo their right to arm themselves for self-defense. But you don’t have a right not to be afraid, you have a right not to be harmed – and Sen. Chase’s actions didn’t cause harm to a single person, she was peacefully engaging in behavior which she is entitled to do. Peer reviewed research shows that while men and women are about equally likely to be the victims of violent crime, women are far more likely to sustain serious injury as a result. A firearm is the great equalizer between the physically weak and strong, you don’t need to be able to overpower your attacker when you own a gun.

Sen. Chase and all people have a right to choose their method of self-defense. When it comes to protecting your life from those who would do you harm, you are entitled to take whatever action necessary to defend it. Life is the most sacred right, in order to ensure that right is protected we must respect the individual’s rights of self-defense.

Tyler Adams is a native of Louisa County Virginia, currently residing in the Shenandoah Valley. A 2015 graduate of James Madison University, he is a conservative activist who has worked on the campaigns of liberty-minded Republicans at the local, state, and federal level.