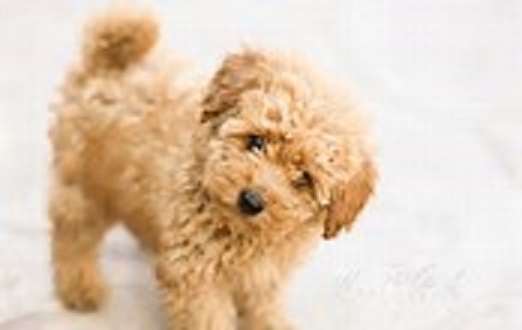 This is NOT a gray wolf

One of my dear friends frequently reminds me that “definitions matter.”

By that my friend means that when you empty words of their commonly held or historically understood meaning, then all bets are off. Thoughts, expressions, emotions and reactions become a jumbled mess as the language goes to war with itself – and learning or expressing a crucial notion becomes much harder to accomplish.

This was brought home to me at a recent event I attended where I was unexpectedly exposed by the host as a “conservative political writer” and a novelist who has written “Christian stuff,” as he described it, I suspect to get an uncomfortable reaction from the mostly young crowd.

Strangers made their way to me as though I were the delta to their river of opinion. Your humble scribe attempted to make light of host’s introduction, but the damage was done.

“So, don’t you think it’s time for single-payer health care,” demanded one young woman skipping an introduction. She went on an aggressive rant to educate me on all the benefits of single-payer national healthcare, without ever actually describing one single benefit.

Finally she drew a breath and I made my move. “But you never told me why it would be good or better healthcare. You only said that we should have it. Define single-payer for me.”

She repeated her generalities about “free healthcare” and vague, unidentified rights.

Finally, I cut in. “Actually, I do believe in single-payer.”

“You do? I thought you were a conservative?”

I could see her counter attack forming, so I added, “It’s easy too, the law could be written on a single sheet of paper, and Washington would be out of everyone’s personal business.”

“No way, that’s crazy talk!” Her confident smirk drew agreeing snickers from the crowd gathering around us.

I didn’t wait. “It’s not hard problem at all. Every citizen in the country from birth forward could have up to, say, $3,000 a year put into a health saving account just for everyday medical expenses. The money could be deposited by their employer, their parents or themselves, all tax free. And any money left over, would roll to the next year. This way you are the single-payer for your own routine medical events; physicals, colds, flu shots, a broken arm. The price of routine medical care would drop dramatically if we could all shop for services and there were no insurance companies adding cost and decreasing competition.”

“That’s impractical,” she spit out. “Normal people can’t do that, besides if you came down with cancer, then you would never have enough money. And the poor would have nothing, as usual.” She stared at me certain that she had me boxed in.

“Everyone who drives buys their own car insurance, don’t they? What’s hard about that? Plus, each account has a catastrophic policy attached with a deductible that can be paid out of the medical savings account, if it’s ever needed. That insurance would cover just major health events, accidents or long-term illnesses. And we’re paying for the poor now. The government could simply make deposits to their personal medical saving account and they would shop for service just like other folks. Restore some responsibility and some personal dignity too. That’s how I define a single-payer plan.”

Another assailant came barged into the discussion, proudly defiant, I’m a Bernie Sanders voter.” There were heads nodding in the crowd. “He’s the only one with a plan to provide free education and to tax the rich.”

“Hum,” by this time any charm the event promised had evaporated. “So, you’re a socialist, right?”

“Well,” the youngish man with a fabric tie seemed to hedge. I’m a progressive.”

“What’s the difference? Can you define that for me?”

After hemming and hawing, no clear definition seemed to be forthcoming, only that “it” was somehow “fair,” while what we “had” now was not fair.

“Fair, huh? I guess you’re keeping close tabs on what’s happening in Venezuela and in Cuba, right? They define the reality of socialism.”

“Ah, well, don’t know too much, really. Heard Cuba has better health care than us though.” The young woman seemed pleased that he got another shot at healthcare into the discussion.

“Well, when the communist Castro brothers took over Cuba, it was one of the most prosperous and economically diverse countries in Latin America, today it’s a hell-hole, tens of thousands have been murdered in the camps, Christians are routinely locked up, and the economy is at the bottom of third world standards. I don’t know about healthcare, but they can’t even harvest the sugarcane crops, so I doubt any government statistics. Also, they sent Fidel to Europe for treatments when he got sick. By the way, Forbes says Fidel was worth a cool billion dollars. Not bad for a revolutionary.”

The young man bristled, “That doesn’t represent real socialism.” There were audible agreements from several in the crowd.

“Well, everywhere socialism is tried it ends up destroying the economy and it always starts eating up freedom. Freedom of speech, freedom of press, freedom of religion. It seems to always demand misery, and its leaders always start putting people who disagree with them in jail. I can’t think of anyplace it didn’t end up like that. Venezuela is teetering on outright anarchy and total economic collapse as we speak, since Hugo Chavez started his socialist revolution and being so fair to everyone before he died. Now this new guy Maduro has the country so screwed up most people can’t find milk or toilet paper – toilet paper for heaven’s sake – even though it used to be one of the most prosperous nations in South America. By the way, Hugo’s daughter is worth over two billion dollars according to Forbes. Just sayin’.”

By this time, a sizable group had gathered around us and I could hear various hisses and statements posed as questions could be heard.

“Now, that’s a great question!” The crowd quieted down like they were expecting a confession of guilt. “Tell me what you think a conservative is?”

My new friend gave me a list of things people calling themselves conservative say they believe, but actually ignore once elected.

“You’re right, but you’re right about the wrong thing. You are listening to politicians call themselves conservative only in the sense that they use the word to identify with a group of voters they can’t win elections without. But, their actions tell you clearly that they ain’t conservative except by their own definition.”

He bristled again. “But, they all say they are just like Reagan.”

“Well, ninety percent of them no more resemble Ronald Reagan than a toy poodle resembles a grey wolf.”

After a pause, my new friend nodded thoughtfully. “So, what you’re saying is that everyone is applying their own meaning to all these issues we’re talking about. They really just want to trick us into supporting programs we’d never support if they were told the truth in the first place, or they just want votes? It’s that simple.”

I smiled as I walked out thinking that I couldn’t help but define the evening as a success.

This is a good article, especially in this era of tireless sloganeering.

The antifas will get you and the progressives will cluck.

Wow. I’d be interested to hear what event this was.