We have another extremely strong Second Amendment supporter in Richmond and he is starting early to protect our fundamental Constitutional rights in Virginia.[read_more] 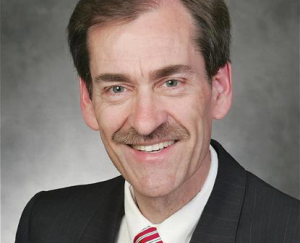 His two prefilings are for College Carry and State Agency Pre-Emption.

HB 1389 will allow college students to protect themselves on their college campuses.

“No college student legally able to possess a firearm in Virginia and obtain a concealed handgun permit honored in Virginia should be prevented from exercising his God-given right to self-defense. The Second Amendment is one of the most inviolable rights enshrined in the Bill of Rights,” says Del. Berg, “and this legislation is long overdue for consideration by the General Assembly.”

HB 1390 will prohibit state agencies from barring the carrying and/or possession of firearms on their grounds. The only exceptions that will remain are state, local, and regional correctional facilities and facilities operated by the Department of Behavioral Health and Developmental Services.  “This bill is designed to protect Virginians from infringement of the Second Amendment rights by the ever-expanding state bureaucracy,” says Del. Berg.

“Governor McAuliffe is not in touch with average Virginians who have rejected calls for increased gun control, and he is determined to force his liberal, unconstitutional, gun control agenda on all of us,” says Del. Berg.

“I look forward to standing up against Governor McAuliffe’s attempts to render innocent citizens defenseless against life-threatening violence.”

Del. Berg plans to unveil more legislation dedicated to protecting the right of Virginians to keep and bear arms in the very near future.  Noteworthy, Del. Berg, in support of an individual’s God given rights to life, liberty and property, will advocate for ‘Constitutional Carry’—allowing law-abiding citizens to carry firearms openly or concealed (at the individual’s discretion) for any reason except for the commission of a crime—and will work to help it pass.

Questions about proposed legislation can be directed to his Legislative Assistant, Craig Storrs at [email protected] or via phone at (540) 247-5201.

We need to stop mischaracterizing the “right to bear arms” as a 2nd Amendment right. This is factually and historically incorrect and allowing ghe misperception that the Founding Father, via the 2nd Amendment, GRANTED us this right is exatly whst makes us vulnerable to creeping totalitarianism.

I’m cutting and pasting this from something I wrote to summarize for myself. It is from an article that I cannot at the moment find. The plint is well documented in the writings of our Founding Fathers and those that preceded them.

— Even after the Bill of Rights was added to the Constitution, learned men like George Nicholas–a member of the Virginia ratifying convention–wrote: “A bill of rights is only an acknowledgement of the preexisting claim to rights in the people. [These rights] belong to us as much as if they had been asserted under the Constitution.”

Thomas Jefferson and his contemporaries were very clear that the Constitution “propounded” what was a Common Law andnatural right of all human beings.

In fact, this idea was such common knkowledge at the time that many of the Founders argued the 2nd Amendament was “unnecessary” because , effectively, everyone knew that.

I would urge Delegate Berg to consider a few safeguards in his proposal. Outside of a college campus, your home where you keep your gun is protected by laws from people entering and is thus more secure from intruders. However, a student who lives in a dorm probably has little security from others wandering in and grabbing potato chips off a shelf, a magazine off the desk, or a gun out of a drawer. I think for his proposal to have a chance, people are going to need to feel confident that if a student carries a gun on campus that it will secure and under the control of responsible student. Limitations will have to be in place.

War on Guns? Makes no sense. If guns don’t kill people, then you cannot have a war on them. Only crazy radicals like you and the readers here are scared. The rest of us believe in the constitution.

Help me out with that “God-given right to self-defense” thing. Liberty University (and we can’t get more godly than there) apparently just got this holy message last year and then still ban firearms from residence halls.

Liberty Univ. is dead wrong. And they really don’t have a monopoly on “godly” there.

Thank you, Del. Berg – for protecting our rights!

You’re really not familiar with self-defense as a natural right?

Yet all rights are not equally defended, honored, and protected.

So, which other of the rights are you railing against?

Actually, Liberty University is in their THIRD academic year with having concealed carry on campus – having expanded it after the first year. While it would be ‘preferable’ for students to be able to keep their firearms in their dorms, the reality is that most of the students move off campus before they are 21, meaning that A) the students on campus are overwhelmingly under 21 or international students and thus unable to carry concealed anyways, so that B) the amount of students on campus that COULD concealed carry on campus if they lived off campus is microscopic – and frankly they could still store the firearms in their car if they really wanted to. The current situation there covers roughly 99%+ of students who want to concealed carry. One other note, the student responsible for finally getting concealed carry at LU worked for a national gun rights org on legislation in other states, and is now Del. Berg’s Legislative Aide. That being the case, it’s highly unlikely that Berg didn’t research his bill before filing it. It’s also highly likely that you should research what you’re saying on a topic before you post it – especially if you’re going to then say that other folks didn’t research what they are filing.

I think these two pieces of legislation are AWESOME! My only concern is that the Delegate attempts to allow facilities operated by the Department of Behavioral Health and Developmental Services to regulate firearms, which appear to include local Community Services Boards, which are specifically mentioned in §15.2-915(A), which states, in part:

“Nothing in this section shall prohibit a locality from adopting workplace rules relating to terms and conditions of employment of the workforce. However, no locality shall adopt any workplace rule, other than for the purposes of a community services board or behavioral health authority as defined in § 37.2-100, that prevents an employee of that locality from storing at that locality’s workplace a lawfully possessed firearm and ammunition in a locked private motor vehicle. Nothing in this section shall prohibit a law-enforcement officer, as defined in § 9.1-101, from acting within the scope of his duties.”

In fact, there’s an administrative regulation which appears to conflict which §15.2-915, and which purports to mandate that all CSBs are to be gun-free zones:

So, there’s an obvious conflict which should be addressed…I’ll contact his legislative assistant tomorrow about it.

You put more research into this proposed legislation than Berg did, I’m sure.

I seriously doubt that. Dr. Berg is one of the most thorough, well read, delegates. He reads every piece of legislation. He takes his delegate job VERY seriously.