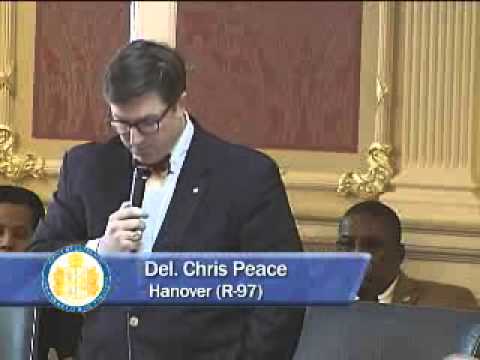 Since Speaker Cox announced his “deal” on Medicaid expansion, Del. Peace has been an aggressive and in your face advocate for the program. Today he took his attacks on fellow Republicans to an entirely new level.

“On the eve of the prospective end of a second ‘Massive Resistance’ in this Commonwealth, be encouraged, do not fear the fear-mongers, instead take heart that after years of legislative debate, the process gives way to our better angels with full Transformation.” 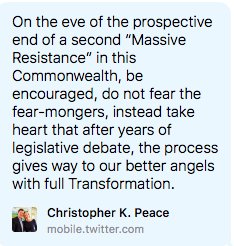 That’s right.  Opposition to Medicaid expansion under Obamacare is just like Massive Resistance, the organized effort to maintain institutionalized racism and segregation led by Virginia Democrats in the 1950s and 1960s.  Peace used similar language in a Facebook post which he later edited to sound more “spiritual.” 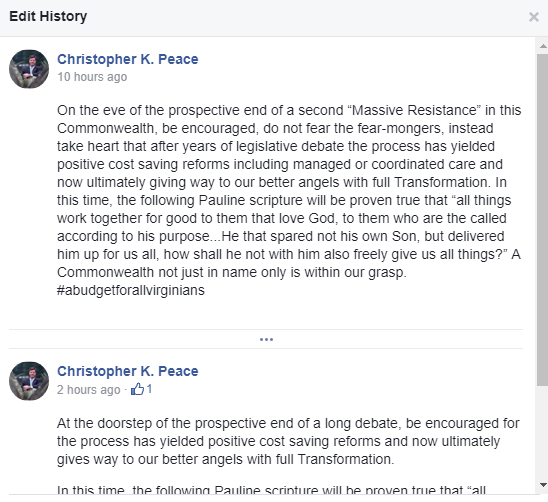 This is on the day the Virginia Senate is expected to expand Medicaid. It is one thing to have a policy debate. It is one thing for the Speaker of the House to lead a large part of the House caucus in supporting a program his party has long opposed.  However, Del. Peace has taken this betrayal to an incredible low.

Conservatives around the state need to watch this seat in 2019, and support the good conservatives in Hanover who will insist that an actual conservative represent them in the House of Delegates.

Because they’d set it so low.