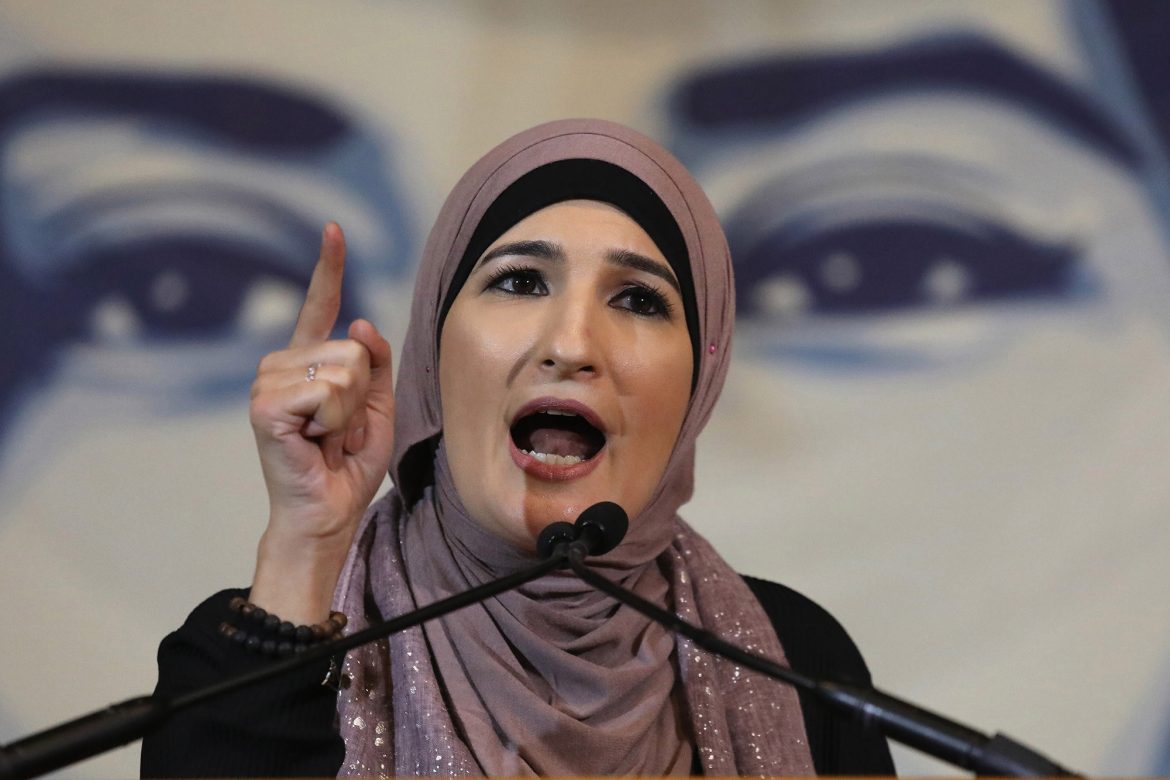 July 30 marked a solemn occasion in Jamestown, VA.  It was the 400th anniversary of the founding of Jamestownâ€™s General Assembly, the oldest legislative body in the Western Hemisphere and the model for representative government that later would emerge among the American colonies.

Jamestown Settlement has been marking the anniversary with a month-long series of events.  July 30, 1619, was the day the first legislative assembly convened, and on that day last week, President Trump addressed a distinguished gathering that included present-day Virginia legislators.

In his remarks, President Trump surveyed the storied history of America, noting its blemishes as well as its triumphs.  He declared, â€œAmericans govern ourselves. And, so help us God, we always will.â€

Well that was the cue for VA Delegate Ibraheem Samirah to jump from his seat and shout, â€œYou canâ€™t send us back. Virginia is our home!â€  He held three signs that read: Go back to your corrupted home (alongside a rendition of Trump Tower), Deport hate, and Reunite my family. [What?!] Quickly, he was ushered out of the event.  President Trump continued gracefully through the remainder of his remarks. Samirah took to media, capitalizing unabashedly on fundraising possibilities.

Ibraheem Samirah is the male version of Ilhan Omar and Rashida Tlaib.  All three have been accused of anti-Semitism for screeds theyâ€™ve hurled against Jews.  Add to this their growing intensity of verbal attacks on America. They associate with Islamic supremacist organizations such as CAIR and Hamas.  I say itâ€™s time we paint a fuller picture. They are Islamists, demonstrating allegiance to the virulent teachings of the Muslim faith that condemn Jews and unbelievers in general, and seek to expunge any criticism of Muhammad/Muslims from public discourse.

Samirah, Omar and Tlaib also share an obvious lack of understanding of American history and its roots in Judeo-Christian, Greco-Roman and Enlightenment precepts.  They are skilled at using words like democracy and freedom of religion, but adherence to Islamic supremacism leaves no room for democratic choice or freedom to dissent from the teachings of Muhammad.

So what drives these legislators in their rude, virulent attacks?  Perhaps a few quotes from fellow activist Linda Sarsour offer clues.   In her address before the 2017 annual Islamic Society of North America Convention, Sarsour declared:  â€œWe, as a Muslim community in these United States of America, have to be perpetually outraged. Our number one priority is to protect our community, it is not to assimilate.  Our top priority is to please Allah, and only Allah.â€ Furthermore, Sarsour proclaimed, â€œWhen we stand up to those who oppress our communities, Allah accepts from us that as a form of jihad.â€

Linda Sarsour headlined the 2019 Womenâ€™s March in Washington, DC.  Even leaders of the Democratic National Committee pulled out of that march owing to the persistent anti-Semitic bigotry of people like Sarsour.  But Ibraheem Samirah attended.

Del. Samirah and his family have a history of connection with the Muslim Brotherhood and Hamas.  So does Linda Sarsour. Their devotion to the Muslim faith is supposed to shield them from criticism. In fact, when I questioned Del. Samirah on the subject of Sharia Law at a recent town hall, he told me, â€œNo one should ask about someoneâ€™s religion.â€

Letâ€™s put some puzzle pieces on the table:  Del. Ibraheem Samirah and his family have a history of connection with the Muslim Brotherhood and Hamas; so does Linda Sarsour.  Sarsour says a form of jihad is standing up to those who â€œoppress our communitiesâ€ (however she defines it). She also warns fellow Muslims â€œnot to assimilateâ€ and â€œto stay perpetually outraged.â€ Samirah rudely interrupts a solemn recognition of the 400th anniversary of the oldest legislative body in the Western Hemisphere with self-serving memes of perpetual outrage.  Is there a pattern here?

Linda Sarsour, Ibraheem Samirah, Ilhan Omar and Rashida Tlaib all have a family history of oppression in the Middle East.  Their families sought refuge in the United States, but the historical hatred they experienced followed them to our shores and they demonstrate a visceral dislike for their new country. Even as they toss around words like democracy and religious freedom, they do not accept criticism of their Muslim faith, denouncing any questioning as â€œIslamophobic.â€   The 400th anniversary of the oldest legislative body in the Western Hemisphere was an excuse for Samirah to launch a tirade against hate and racism.  His outburst was untethered from the occasion of remembrance.

It has become clear to me that these four individuals lack a fundamental understanding of representative government in the Western Hemisphere, and of our democratic Republic in particular.  Their self-absorbed, perpetually outraged diatribes against the United States may qualify as jihad according to Linda Sarsour. But they clash with our civilization whose roots are found in Judeo-Christian, Greco-Roman and Enlightenment principles.