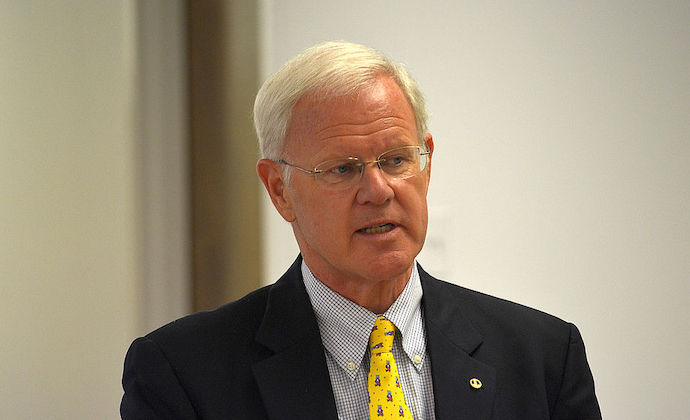 Virginia House Delegate Lee Ware (R-Powhatan) recently introduced a bill that continues the fight to bring free market principles and greater consumer protection into Virginia’s regulated electric utility market. His legislation, HB1718, helps protect captive electric utility ratepayers from having to pay for natural gas pipeline capacity contracts that are not necessary for those utilities to provide electricity in Virginia. Such contracts are the epitome of crony capitalism, transferring potentially billions of ratepayer dollars to utilities.

A pipeline “capacity contract” is a contract by a utility to “own” a portion of the pipeline’s capacity. The one in the news is the Atlantic Coast Pipeline. Dominion Energy’s monopoly utility in Virginia, officially called Virginia Electric & Power Company (VEPCO), has a 20% capacity contract for the pipeline (and Dominion Energy owns 48% of the pipeline through another subsidiary). The estimated price tag has risen to around $7 billion total, and it’s likely to keep rising, as such things do.  This is a huge sum of money that Dominion undoubtedly wants its captive Virginia ratepayers to pay for … instead of its shareholders.  And while Dominion has the right to invest in and build the pipeline, the question for Virginia legislators and the Virginia State Corporation Commission (SCC) is who will pay for it and assume the risk of price increases, Dominion and its shareholders, or their captive Virginia ratepayers?

Given that the pipeline could only reach two of VEPCO’s 35 gas power plants, it’s rather obviously not designed to help captive Virginia ratepayers, while it will make Dominion plenty of money (which is fine, btw, just not on the backs of captive ratepayers). More details on this below…

Virginia law requires that electric utilities get permission from the SCC before they build facilities which their captive ratepayers will have to pay for, including power plants and transmission lines. They do not, however, have to obtain pre-approval before entering into natural gas pipeline capacity contracts, which can put their ratepayers on the hook for billions of dollars!

The SCC’s first opportunity to review a pipeline capacity contract is the utility’s annual fuel cost recovery proceeding after the pipeline goes into service. The utility doesn’t begin incurring costs on the contract until after the pipeline goes into service and potentially billions of dollars have already been spent on the infrastructure. A fuel cost recovery proceeding is way too late in the game for reviewing the prudence of a pipeline capacity contract, especially a big one. Even if the contract was not needed, there would still be immense political pressure on the SCC to make ratepayers bear a substantial percentage of the cost – a.k.a., crony capitalism.

The absence of a requirement in Virginia law that a utility obtain SCC pre-approval before entering a capacity contract is a major loophole that needs to be closed. The loophole is made even worse by the common practice of utilities executing these types of contracts with a affiliated and unregulated natural gas pipeline companies. This self-dealing enables the pipeline company to transfer its risk to the utility’s captive ratepayers, giving the unregulated affiliate a regulation-enabled competitive advantage over other pipeline companies that don’t have an affiliated monopoly utility. Such an advantage guts free market competition where companies should compete on a level playing field.

As I noted earlier, the current example of a potentially unnecessary pipeline capacity contract in Virginia is the contract VEPCO signed with Atlantic Coast Pipeline, LLC, which is a joint venture between a Dominion Energy gas pipeline company and several other Southeast energy companies. The joint venture company was formed to develop, own, and operate the Atlantic Coast Pipeline.

The pipeline’s opponents have repeatedly tried to persuade the SCC over the past few years to assess the need for the facility. The SCC, however, has declined to do so. The SCC ruled in a 2017 order that if the pipeline agreement “results in unreasonable fuel costs paid by VEPCO, the remedy for such harm is to deny VEPCO recovery for overcharges” in a fuel cost recovery proceeding under Virginia Code Section 56-249.6. The order also approvingly quoted VEPCO’s acknowledgement that it would have the burden in such a proceeding to prove that the “costs were reasonably and prudently incurred.”

Delegate Ware’s bill amends Section 56-249.6 to require that the utility prove that a natural gas pipeline capacity contract was needed when the utility signed the agreement. The legislation directs the SCC to deny cost recovery for the contract if the utility cannot prove this need. These requirements make explicit what is already clearly implied by Section 56-249.6 – that costs associated with an unnecessary pipeline capacity contract are not reasonable or prudent, and so can’t be recovered from captive ratepayers.

The amendment should provide the SCC leverage to resist the intense political pressure it would be under to make ratepayers bear at least part of the pipeline costs regardless of whether it was needed. The SCC found in the 2018 VEPCO fuel cost recovery proceeding that the utility’s pipeline capacity portfolio “is reasonably sized for the size of its generation fleet”…(see this SCC order at page 3, footnote 8). One pipeline opponent filed expert testimony in 2018 showing that the avoidable net cost of the pipeline to VEPCO ratepayers would be $2.5 billion over the next twenty years (see testimony here at page 3).  That means avoidable by ratepayers, i.e., Virginia citizens.

Delegate Ware’s bill would not block the Atlantic Coast Pipeline from being built, though it could certainly make Dominion decide not to proceed with the pipeline. HB1718 only helps ensure that VEPCO ratepayers don’t have to pay for the infrastructure if it’s unnecessary to provide them electric service.

I appreciate Del. Ware’s willingness to step forward with HB1718 to transparently protect captive Virginia ratepayers from one crony capitalism loophole (of many) in the regulated electric utility market.

Ken Cuccinelli is the former Attorney General of the Commonwealth of Virginia. In the 2016 presidential race, he directed nationwide delegate operations for Sen. Ted Cruz. Ken currently leads the Senate Conservatives Fund and is General Counsel for FreedomWorks.

[…] AG Ken Cuccinelli, a right wingnut but also no fan of Dominion, praising Ware for his “willingness to step forward with HB1718 to transparently protect captive Virginia […]