Del. Rob Bell Rails Against Ignoring the Rule of Law 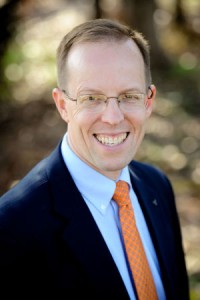 Del. Rob Bell (R-Charlottesville) yesterday sent an email to supporters calling out the McAuliffe administration’s increasing bent toward lawlessness, this time in connection with Medicaid expansion. Echoing some of the themes we at The Bull Elephant have been harping on, Del. Bell lays into the Governor for even considering the possibility of acting on Medicaid expansion without the explicit endorsement of the legislature.

It was a bad week if you believe in following the Constitution or the rule of law.

According to a Virginia Pilot article, Governor McAuliffe has stated that he believes he has the power to spend state money even if the General Assembly does not endorse a budget. (This would violate the Virginia Constitution Article X, which states “No money shall be paid out of the State treasury except in pursuance of appropriations made by law.”)

Now we hear that McAuliffe is exploring ways to expand Medicaid coverage even if the General Assembly continues to vote “no.” Even much-cited U.Va. Law Professor A.E. Dick Howard said “I don’t know what the legal theory would be, frankly.”

If Governor McAuliffe does in fact violate the Constitution or Virginia’s laws, it will surely end up in Court. However, this is certainly not how he should govern. The Constitutional separation of powers is designed to protect liberty.

Bell suggests that supporters go and sign the petition at PassTheBudgetTerry.com as a means of making the Governor and the Democrats in the legislature consider Medicaid expansion separately. Frankly, though, that doesn’t do what needs to be done. That’s just the first step. Considering the budget separately just provides the prompt for the Governor to act on his own. What we have to do to stop it is raise the political price to McAuliffe for such a move, and raise it so high that it outweighs the billions of dollars in federal funding on the line.

Can that be done? I’m not optimistic. But pointing out this possibility, and paying attention to it, can only be a good thing. Sunlight is the best disinfectant in politics, and this potential end-run around the will of the people of Virginia is no different. I have no doubt that as all of this Medicaid expansion drama comes to a close, all sorts of sunlight will start to shine, making for a very interesting 6 weeks or so for us political junkies.

Del. Rob Bell Rails Against Ignoring the Rule of Law was last modified: May 6th, 2014 by Chad Ochocinco

Del. Rob Bell Rails Against Ignoring the Rule of Law – The Bull Elephant

Del. Rob Bell Rails Against Ignoring the Rule of Law – The Bull Elephant