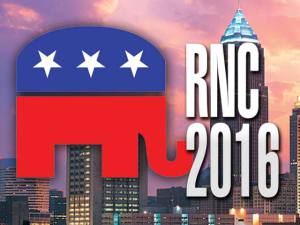 All Super Tuesday states are now included in the above delegate counts.

Later today the Republican establishment and the MSM will again argue that Cruz needs to get out of the race and throw his support to Rubio despite the fact that Rubio Â has won only one state and is way behind Cruz in the number of delegates.

A comment has been deleted in this thread because the commenter has repeatedly refused requests to use one screen name. She uses a new screen name for every post. In addition, her comment was completely irrelevant. This thread has nothing to do with her latest peeve about Waterford Virginia.

You are right, they will either argue that or they will embrace Trump before Cruz because they know Donald will play ball in the good ol boy political games they love.

Ted Cruz now holds the keys to the castle. The ONLY way to stop Trump is a Cruz-Rubio ticket that is announced before winner-take-all states vote. That ticket would be helped by Kasich and Carson dropping. I’m not sure the egos involved can deal with that, but there is no other way.
Conversely, if Cruz aligns with Trump (as VP) it is over.
The back-room politics of the next couple of weeks will determine the nominee.

This is a movement. When you have Dick Black, Geary Higgins, and Randy Minchew looking to give groups like the Waterford Foundation (known for stomping on property rights and liberties) thousands and thousands of dollars, constituents get pretty mad here and across the country. Maybe the Republicans should start rethinking what they are doing and act accordingly. Randy denied knowing anything about this matter but the email below says otherwise.

Delegate Minchew and Senator Black will be offering a $200,000 budget adjustment item tomorrow to secure funding for the Waterford Foundation to cover the cost of lost revenue resulting from the cancellation of the fair in October 2015. Apparently, there is a restriction in the general assembly on granting funding to nonprofits so Del. Minchew and Senator Black would like to direct this funding to Loudoun County with the intent of disbursement to the Waterford Foundation.

Can you advise us as to the most appropriate county mechanism in which to accomplish this revenue transfer?

We have conservatives, supposedly, like Brenda Pogge who cannot write a constitutionally correct amendment (parental rights). My old delegate before I moved, Dickie Bell, was always doing transfer of wealth and fed/state harmonization. And the list goes on.

The fact is that almost everyone in the General Assembly is doing another form of government other than the intended one. And no one calls them out on basic principles of republican government American style.

The real problem is us, we being with insufficient knowledge.

(The primaries have put me in particularly bad humor today!)

The best shot we’ve got to fix the problems this country faces is Trump/Cruz…I’ve thought that from the beginning. Coming to a reality near you. Rubio should drop out before he’s embarrassed in Florida.

I agree, but that bridge has been burned.

After you call someone “the biggest liar in the Republican party” then you can’t select them as your VP. I really wish Trump had been a bit more selective in his attacks.

Trump? Moderating his attacks? After throwing the F-bomb around and calling his opponent a p#####? He really doesn’t care who he is insulting, he does’t have the emotional control or foresight to see how he is damaging himself. Case in point, he started blasting New Jersey when Chris Christie was two feet away.

Why did Ted Cruz get crushed in Virginia?

Because NOVA is filled with immoral yankees. Just a guess.

Yep. Also too many transients and gov’t workers.

The counties around the beltway voted for the guy who will maintain their lifestyles – Rubio.

the transplants to Virginia must really like rubio. yeesh.

There is no way Cruz should join ranks with Rubio. Rubio is the establishments only hope at getting on the ticket. If Cruz decides to join anyone it should be Trump. Rubio will open the border and let the immigrants continue to flood in. He is Jeb and McCain rolled into one. Does anyone remember the gang of eight? You put an establishment candidate on the ticket and you get Hilliary, bottom line. I no longer will support any of the establishment candidates. Let’s see who blinks.

My fear is that a Cruz presidency would end up being a great disappointment equal to the Bush presidencies. With Cruz, I just cannot see how there can be family connections to the CFR and Goldman Sachs, and this not be a big red flag. Even so, those who point to Cruz as being better candidate have much to point to. This I concede.

Interestingly, about a quarter of the people at the Roanoke Tea Party in a straw poll said that they cannot give support to any of the candidates.

The horror of the morning is the primary results. A contest between Hillary and Trump. Life has become a Marx-like movie … and not very entertaining.

Many of us who today are true Tea Party conservatives worked way back then to get GWB elected. I don’t believe Bush was my first choice in the primary (as I recall, I liked Alan Keyes and Dan Quayle), but I enthusiastically fell in behind him in the general. I was much younger then – in college. GWB was not a bad candidate in our view. Hindsight always reveals more of the story, but you ought not fault someone in a case like this, particularly when their record in recent years concerning everything conservative and constitutional has been so stellar.

NeoCons are typically former Democrats turned Republican who are quite hawkish on national security but don’t tend to care about constitutional matters including the so-called “social issues.”

Ted Cruz does not fit this definition. He has shown himself to be basically what-you-see-is-what-you-get and true to his word. His actions when in the Senate matched his campaign trail promises in a way that I’ve never before witnessed from a politician.

I don’t really know how complicated this is to understand, or what there is not to like about Cruz unless you happen to dislike the particular things he is promising to stand for.

neo cons are PRO WAR establishment repubs, im no fan of republican idealogy or democrat, im free person, i prolly would not vote tru,mp in most elections but he is what america needs right now, ted has come out of the bush camp an follows the neo con bush doctrine, another 4 years of bush or clinton an america is gone

ted was for the tpa b4 he was against has called 4 war in syria, te will wreck this country, but he cant win now, an RNC will not hand pix ted ne how

Imagine that, two Texas politicians supporting each other!

yea and neither of them are really Texans any way, two fake texans backing each others cover stories

His record shows no favoritism or inclination to do anything other than what he was sent to do. This is a favorite Trumpster talking point with no substance.

no substance? u havnt done ur cruz vetting then, he was part of FL recount, endorsed by jeb bush, hired Neil Bush, worked for both bushs, the list goes on, look into ur candidate, who cant get enough delegates to win now any way

If stuff from that long ago matters than surely all this does too. Otherwise you are a typical empty headed Trumpster. 1. Donald Trump on Universal Healthcare: â€œEverybodyâ€™s got to be covered, this is an un-Republican thing Iâ€™m going to say, Iâ€™m going to take care of everybody.â€
When asked, â€˜Who pays for it?â€™ Trump flatly replied, â€œthe governmentâ€™s going to pay for it.â€ â€” CBS, â€œ60 Minutes,â€ 9/27/2015

2. Donald Trump on taxing the rich: â€œWell, basically, this would be a one-time tax, 14.25 percent against people with a net worth of over 10 million [â€¦] It would pay off in its entirety the national debt of $5.7 trillion, and youâ€™d save $200 billion a year. So taxes for the middle class would go way down, the estate and inheritance tax totally wiped out, and the Social Security system would be saved.â€ â€” NBC, â€œGood Morning America,â€ 11/10/1999

4. Donald Trump on guns and background checks: â€œI generally oppose gun control, but I support the ban on assault weapons and I also support a slightly longer waiting period to purchase a gun. With todayâ€™s internet technology we should be able to tell within 72 hours if a potential gun owner has a record.â€ â€” Donald Trump, â€œThe America We Deserve,â€ 2000

5. Donald Trump on quitting the GOP: â€œI really believe Republicans are just too crazy [â€¦] I mean, hey, I lived in New York City, Manhattan all my life, okay? So my views are a little bit different than if I lived in Iowa, perhaps.â€ â€” NBC, â€œMeet the Press,â€ 10/1999

7. Donald Trump on whoâ€™s the most qualified to make a nuclear deal with Iran: â€œHillary Clinton. Hillaryâ€™s always surrounded herself with very good people, I think Hillary would do a good job.â€ CNN, â€œThe Situation Room,â€ 9/24/2007

8. Donald Trump on impeaching George W. Bush: â€œIâ€™m very impressed by her [then-House Speaker Nancy Pelosi], sheâ€™s a very impressive person. I like her a lot. She was going to really look to impeach Bush, and get him out of office, which, personally, I think would have been a wonderful thing.â€ CNN, â€œThe Situation Room,â€ 9/24/2007

9. Donald Trump on Obamaâ€™s economic stimulus: â€œI thought he did a terrific job [â€¦] I thought he was strong and smart, and it looks like we have somebody that knows what he is doing finally in office, and he did inherit a tremendous problem. He really stepped into a mess, Greta [Van Susteren]. Fox News, 2/9/2009

11. Donald Trump on immigration and the DREAM Act: â€œFor people that have been here for years, that have been hard workers, have good jobs, are supporting a family, itâ€™s very, very tough to just say â€˜you have to leave, get out.â€™ How do you throw someone out thatâ€™s lived in this country for 20 years, you just canâ€™t throw everybody out.â€
12..In 2012, as Obama was running for re-election, Trump called Clinton â€œterrificâ€ again in an interview with Fox News, saying she performed well as Secretary of State.
â€œHillary Clinton I think is a terrific woman,â€ he told Greta Van Susteren. â€œI am biased because I have known her for years. I live in New York. She lives in New York. I really like her and her husband both a lot. I think she really works hard. And I think, again, sheâ€™s given an agenda, it is not all of her, but I think she really works hard and I think she does a good job. I like her.

That number is going to get worse for Rubio, as it looks likes he may not qualify to get any delegates out of Texas.

You’re right, Rubio only has 17.8%. http://www.nytimes.com/elections/results/texas

Mick… it is looking Trump. Sorry fella.. you worked hard for Cruz.

Cruz will be the VP and keep Trump within the constitutional boundaries as he rocks Washington.

Cruz has already rejected being VP.

It’s not over by a long shot.