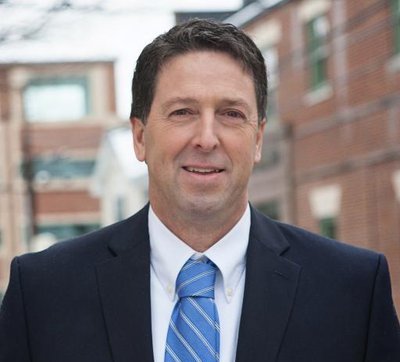 Richmond, VA â€“ Delegate Dave LaRock has been appointed by Speaker of the House Todd Gilbert to represent the  Commonwealth of Virginia on the Northern Virginia Transportation Authority (NVTA).

Delegate Dave LaRock said, I’m grateful to the Speaker for appointing me to the NVTA. Over my 8 years of service to the 33rd District, and even before, transportation has been extremely important to the people I serve and a very high priority for me. The NVTA is charged with advancing two overarching goals: reducing congestion and moving the greatest Â number of people in the most cost-effective manner, the impact of this is shaping our region and I look forward to Â contributing my energy to this.â€Â

The Authority is also in the process of developing the FY2022-2027 Six-Year Program. Nine Northern Virginia jurisdictions and localities submitted 26 applications to NVTA for funding consideration, with a combined request of more than $1.2 Â billion. NVTA staff is currently conducting detailed reviews of each application and preparing summaries of quantitative and qualitative evaluations. During March 2022, NVTA staff will share initial findings with selected NVTA committees for review and comment, followed by a public engagement phase in Aprilâ€“ May 2022. The Authority is anticipated to take action to adopt the FY2022-2027 Six Year Program during the July 2022 meeting.Â

â€œOver the last several years, Loudoun County has been granted almost no funding from the stateâ€™s Smart Scale program which disburses statewide funding, separate from the NVTA, leaving us very dependent on regional and local funding to make necessary and overdue improvements to roads in our countyâ€, Del. LaRock said. â€œI look forward to working on the Â

TransAction update and FY2022-2027 Six Year Program over the coming months and continuing the Authorityâ€™s excellent  record of funding the right projects to reduce congestion in Loudoun County and throughout the region.â€

Delegate Dave LaRock has represented the 33rd House District, including parts of Loudoun, Clarke and Frederick  Counties, since January 2014. Dave and his wife, Joanne, reside in Western Loudoun County. LaRock serves on the House Transportation Committee, as well as the House Education Committee and the House Committee on Counties, Cities and  Towns (CC&T). He also serves on the Northern Virginia Transportation Authority (NVTA).

That’s real power. Now, I hope our crazy Democrat Loudoun County Chairwoman Phyllis Randal treats Dave more nicely next time they meet. The Loudoun County Board of Supervisors has treated Dave like dirt for years. Shoe is on the other foot now, and they need his support in a big, big way. As the only Republican NOVA Delegate, this is a major promotion!