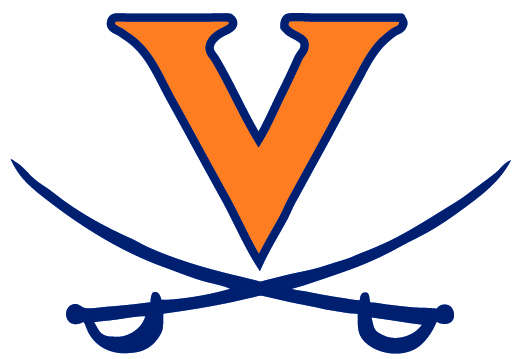 The University of Virginia is raising tuition on some students to give tuition breaks to others. This year entering freshman will pay $14,468 in tuition and fees. By September 2016, students will pay $16,000. [read_more]When room and board is added students will pay $30,000 per year. Under this new plan those students who are deemed to be in financial need will get an additional $10,000 break in tuition payments. The cutoff for assistance is family income of about $48,000, twice the poverty rate. This year approximately 35% of undergraduate students qualify for assistance while 65% pay the full rate.

David Ramadan (R-Loudoun) objects to this new plan. Although Delegate Ramadan is from an affluent part of the state, it’s also a very high cost of living area. Delegate Ramadan said this initiative is “not going to play well” in his district.

“This is redistribution of wealth,” Ramadan said. “This is simply outrageous. It’s not the job of any university to take money from one person and give it to another. They should be cutting costs to lower tuition, not raising it.”

Between 2009 and 2014 UVA increased tuition and fees by 21% which is more than some state schools and less than others. University of Maryland only increased their tuition by 6% but they had much higher tuition back in 2009.

The more the university of Virginia increases tuition and fees the more top students who they want to attract will look elsewhere.

Doesn’t the Virginia Constitution require that taxes be raised only by our elected representatives? How is it possibly constitutional for state appointees (Board of Visitors) and a state employee (Teresa Sullivan) to impose taxes on anybody?

If the state Secretary of Transportation decided to charge owners of more expensive than average cars a $100 surcharge so he could then give $100 rebates to the owners of less than average value cars would that be OK?

How that is an intriguing take on it but I expect the left would start screaming title IX violations if it was actually placed in discussion.

Student loans are out of control, Tuition and Fees went up because the federal government will loan based on a percentage of the estimated cost of attendance. Since these loans are guaranteed by the Federal government, the schools get more money with no risk, simply by raising fees and tuition. The only problem is that the jobs these kids expected to get have moved off shore, and are no longer available. So a huge amount of these loans will default, simply because there are not enough jobs for the graduating kids.

This is not a justification of the UVA’s financial efficiencies or its student tuition assistance policies but the reality here is that from a pure funding view point the institution is NOT the typical state chartered school. Currently the average full time student equivalent (FTE) taxpayer funding to UVA is around $8.5K per year if you compare that to a comparable institution, like my alma mater UNC-Chapel Hill with an FTE support figure of $22.1K, the vastly different funding profiles become readily apparent. Delegate Ramadan and his district’s paying parents may feel aggrieved but I believe the reality is they don’t have a strong state funding position to leverage against UVA proposed current and likely future funding profile.

Again, I’d bet a close look at the growth in the number of administrators to faculty would show it’s a cause of much of the tuition rise. Much of this growth has come in administrators for things like Black Student Unions, Women’s Centers, Multicultural Centers, and university VPs for Diversity and Multiculturalism. In many cases, these people’s offices grow into fiefdoms, with assistants, and assistants to assistants. They need office space, operating expenses, salary money and money for special events and speakers.

I wouldn’t be surprised, for example, if after its recently fraternity rape hoax, UVA is planning to create a Special Assistant for Outreach and Education of Fraternities, who will serve as assistant to the Assistant of the VP for Women’s Issues (or whatever), while simultaneously serving as the university President’s liaison to the Maxine Platzer Lynn Women’s Center.

There are, of course, a variety of other programs funded at universities that address environmental and other social issues. These all require funding, often with soft money grants, which sometimes give the spouses of faculty part-time work.

The main thing is that actual teaching and education has taken taken a backseat to research and activism on social issues in many universities. That’s also evidenced in the rise in using adjunct faculty to teach. Students are getting ripped off, no matter how you look at it.