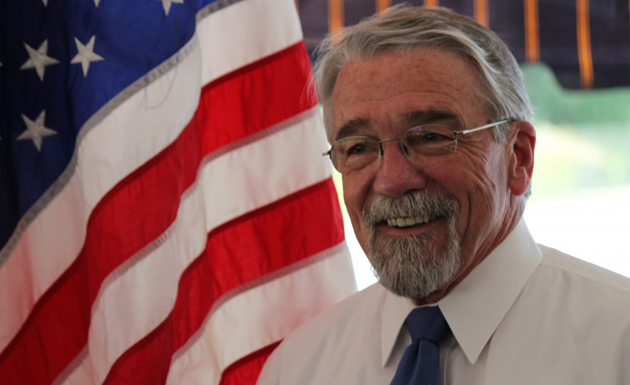 Delegate Dickie Bell (R-Stanton) has decided he will not seek re-election.Â  He has represented the consistentlyÂ Republican 20th district since 2010.Â  The district includes the cities of Staunton and Waynesboro and parts of the Augusta, Highland,Â and Nelson counties. When Bell ran in 2017 he won with 54.5% if the vote.

â€œLet me assure you that I am fine. I am not ill or sick, in fact Iâ€™m very healthy, but the clock is still ticking and no day is promised,â€ Bell said in a news release. â€œWe are expecting our first grandchild in January and that most certainly is part of the decision. I am not sad that my public service is coming to an end, but rather I am very grateful that the opportunity ever came along in the first place.â€

â€œAs Thomas Jefferson remarked upon his retreat from the public life, â€˜I will leave with my hands as clean as they are empty,â€™â€ Bell said. â€œIt is a true blessing to be able to leave on your own terms, and that too is part of my decision.â€