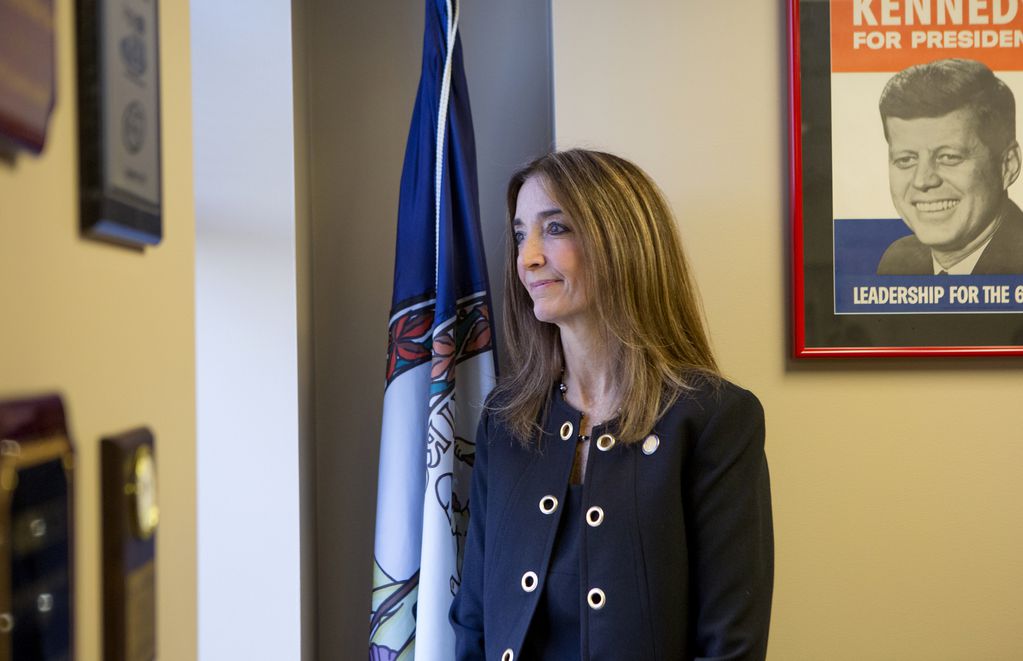 Delegate Eileen Filler-Corn nominated Speaker of the House of Delegates

Delegate Eileen Filler-Corn (D-41st district, Fairfax) will become the first woman and the first Jewish person to be Speaker of the House of Delegates.

It has been my great honor to serve as House Democratic Leader in this momentous year, and I am so grateful for the support of my colleagues. I look forward to working with every single member of the House of Delegates, Democrat and Republican, to move Virginia forward,” said Speaker-designee Filler-Corn, in a statement released by the Virginia House Democratic Caucus.

At the same meeting this morning, Del. Charniele Herring (46th district Alexandria/Fairfax) was nominated to be the majority leader, the first woman and the first African American to have the position. Delegate Richard “Rip” Sullivan (48th district Fairfax/Arlington) will serve as the new caucus chairman.