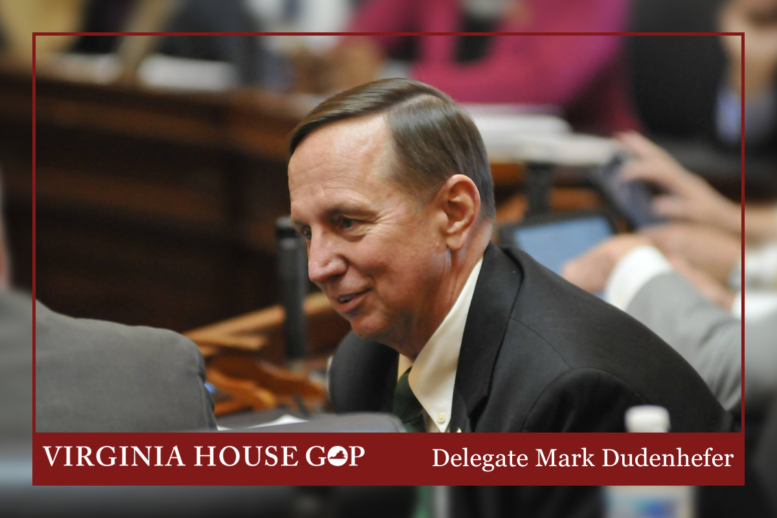 Delegate Mark Dudenhefer (R-02) announced today he will not run for re-election this year. Â He has issued the following statement:

â€œI want to thank my family, constituents, and colleagues for their selfless support during my time in the House of Delegates. One of the great honors of my life has been serving in the Virginia House of Delegates. Many times, as I sat in my chair on the House floor, I reflected on the great Americans/Virginians who served in those very chambers. I take pride in the work that we accomplished. I only hope that my small contribution has lived up to the high standards expected by the citizens of the Commonwealth, especially those in House District 2.â€

â€œIt has become clear to me that I can better serve my God, my family, and my fellow man by pursuing a different course. I have not decided exactly what that path will be, but I will always remain a steadfast voice for transportation improvements and better communities. I felt it was important to announce my intentions not to run for re-election early enough to give others as much time as possible to plan an effective campaign.â€

â€œIt has become clear to me that I can better serve my God, my family, and my fellow man by pursuing a different course. . . .”

Translation: Wait for affair with a staff, embezzlement, or coming-out-of-the-closet in 5-4-3….

Col. Dudenhefer is a good guy. Im sorry to see him go.

It looks like he’s not running for reelection this year, 2017.

Of course. Thank you!