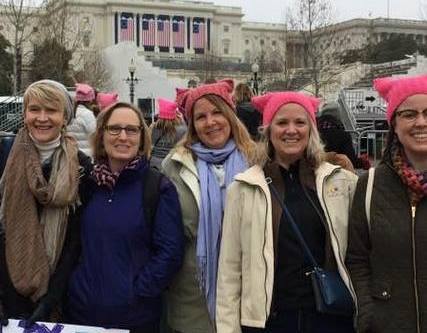 Last year Delegate Wendy Gooditis (D-10- parts of Loudoun, Clarke, and Frederick counties) campaigned on her support for a Constitutional amendment to establish a bipartisan Virginia Redistricting Commission to redistrict the state following the 2020 census. The Commission would decide Congressional districts and as well as those for Delegates and State Senators. Gooditis was a big supporter of SJ 306. It was a big part of her winning campaign.

That was then, this is now. Then the Republicans were in control in the General Assembly, now the Democrats are in charge. Gooditis loved the bill when Republicans were in charge, according to her it was only fair to allow a bipartisan commission to make the important redistricting decisions and not the Republicans in the General Assembly. This year, not so much. With Democrats in charge in the General Assembly, she wants them to decide the redistricting of the state under their rules and not the rules and decisions of a bipartisan commission. This year her attitude and her vote changed for bill SJ 18 which will allow Virginia voters to vote for a constitutional amendment to set up a bipartisan redistricting commission. Fortunately, the bill passed without her assistance.

Hypocrite, thy name is Wendy Gooditis.