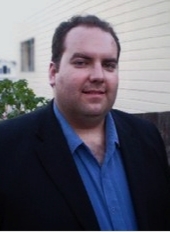 In 2011, Democrat Al Nevarez ran against Eugene Delgaudio in the Sterling district.  He garnered 38% of the vote.  Now Nevarez is challenging Republican Ron Meyer in the Broad Run district. [read_more] The seat is currently held by Republican Shawn Williams who is not running for re-election. It is not clear if or when Nevarez moved from the Sterling district to the Broad Run District.

“My top priority will be the full funding of our public schools, helping the School Board to restore critical services like summer school, and leading the charge for full-day, universal kindergarten,” Nevarez noted on his public Facebook page. “Other priorities include working closely with our civil engineers to develop transportation solutions that improve east-west congestion, and stepping up efforts to solicit investment into the county that creates jobs with good pay and benefits.”

It seems every Democrat who runs for office in Loudoun County says the same things. They ignore the fact that all day kindergarten means twice as many classrooms for kindergarten and our schools simply do not have the space for all those additional classrooms. Our schools ARE fully funded but “fully fund our schools” has become code words for , “give the schools all the money want” which is quite different than all the money they need. Nor can Democrats solve our transportation problems. That was supposed to happen with the massive transportation tax increase that Governor Bob McDonnell and Speaker Bill Howell pushed through in 2011. We will be paying for that forever, with no help for our traffic problems. Of course the Silver Line of Metro is the same, we pay AND sit in traffic.  What a deal.

More on Mr. Nevarez here. More on the story here.