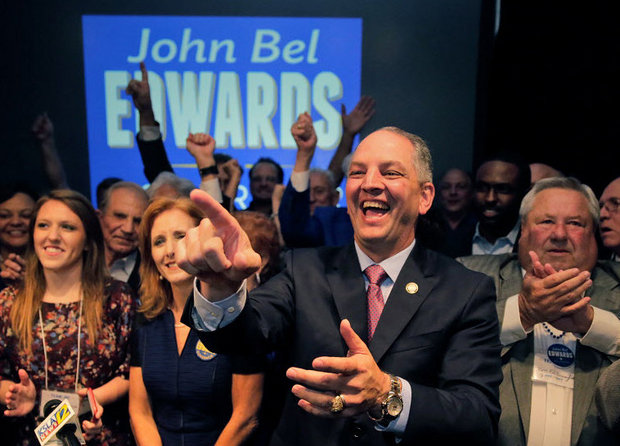 Democrat John Bel Edwards elected Governor in Louisiana.  On Saturday John Bel Edwards, a state Representative, beat Republican US Senator David Vitter to become Governor of Louisiana. Edwards won with 55% of the vote to Vitter’s 45%.  In his concession speech David Vitter said he would not run for re-election when his term expires next year.  More here and here.