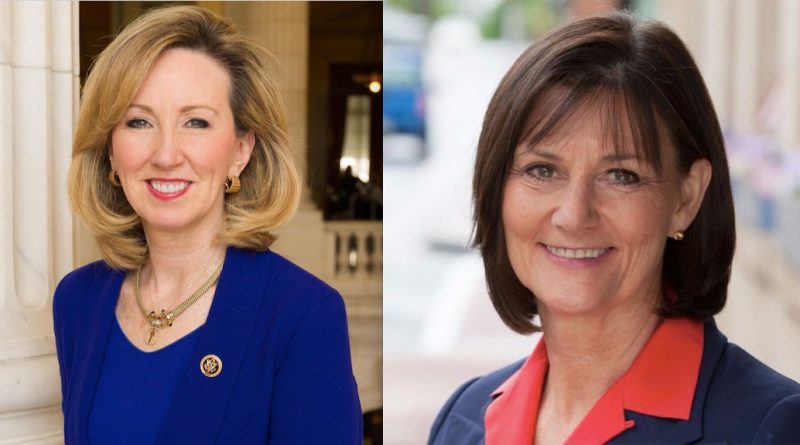 Democrat candidate for Congress in the 10th district, Lu Ann Bennett, claims in her television ad to have created 1,000 jobs. I don’t know who this is supposed to appeal to since the unemployment rate in the largest part of the 10th, Fairfax and Loudoun county, is 3.2%.  In any event her claims are erroneous.

Bennett is challenging incumbent Congresswoman Barbara Comstock. Bennett was the third wife of Congressman Jim Moran for six years, 2004 to 2010.

According to Government records uncovered by freebeacon.com.

LuAnn Bennett’s real estate company lists 34 projects in its online portfolio, 31 of which are located in Washington, D.C. while the remaining three are in Virginia. Two of the three Virginia projects were houses personally owned by Bennett. The company does not currently have any projects under management, according to the Bennett Group’s website. They are only listed as under renovation or construction.

Bennett owns a 100 acre farm in Delaplane, VA which is not in the 10th district. In December she began renting a house in McLean, just before she declared her candidacy.  Her real estate company and her primary residence are in DC. Bennett moved into a $1.35 millon condo in DC in February 2014. After that move, Bennett was accused of avoiding taxes in DC.  There has been much speculation as to how much Bennett knows about, or cares about, the 10th district.  She is quick to claim that her Delaplane farm was once in the 10th district.

The candidate’s real estate company in downtown DC has all of 5 employees according to her recertification application  with the D.C. Department of Small and Local Business Development.  Her claim of having created 1,000 jobs seems to be a bit of an exaggeration. She created FIVE jobs, and none of them are in the 10th district.

Our state should be allowed to vote “void” and decline to have either of these inept candidates represent us!