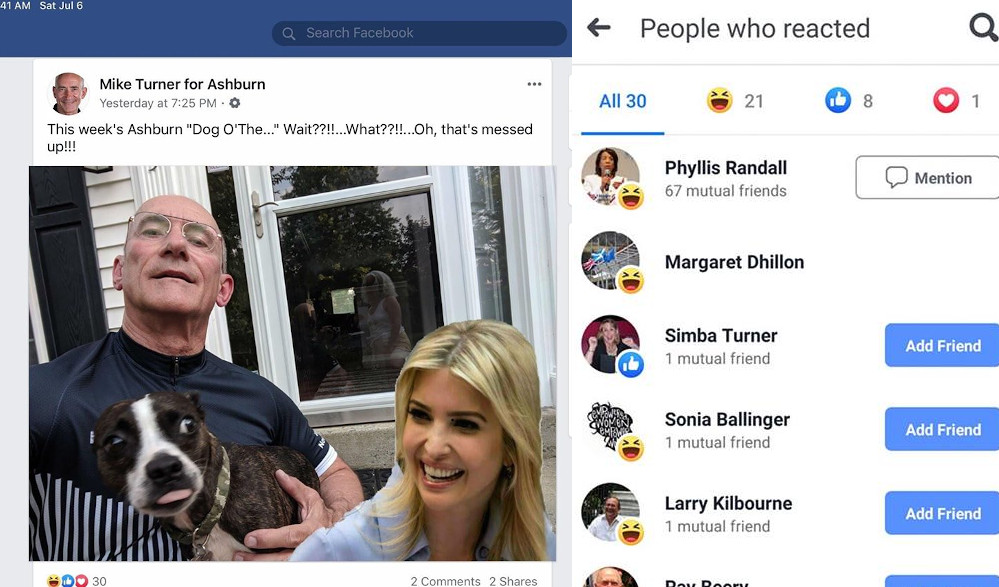 I would like to thank Mike Turner, the Democratic candidate for Loudoun County Board of Supervisors in the Ashburn District, for deleting the Facebook post where he made sexist comments. I encourage his supporters and other female politicians, such as Board Chair Phyliss Randall, who supported the derogatory post to reconsider what kind of message they are sending when they publicly support remarks comparing women to dogs.

When faced with a tough race, it is natural to want to criticize your political opponents or poke fun at them. But, sexism is no laughing matter. Even though we may disagree on political issues, we must respect each other as human beings and not resort to misogyny.

We have seen too many Democratic politicians who think the rules do not apply to them. They act like sexism, racism, and any other form of discrimination is acceptable as long as the target is conservative. The message they are sending to the young women who would consider a career in politics or public service is that equal treatment requires obedience and that they are not free to have their own opinions that are different than those of the old boys’ club.