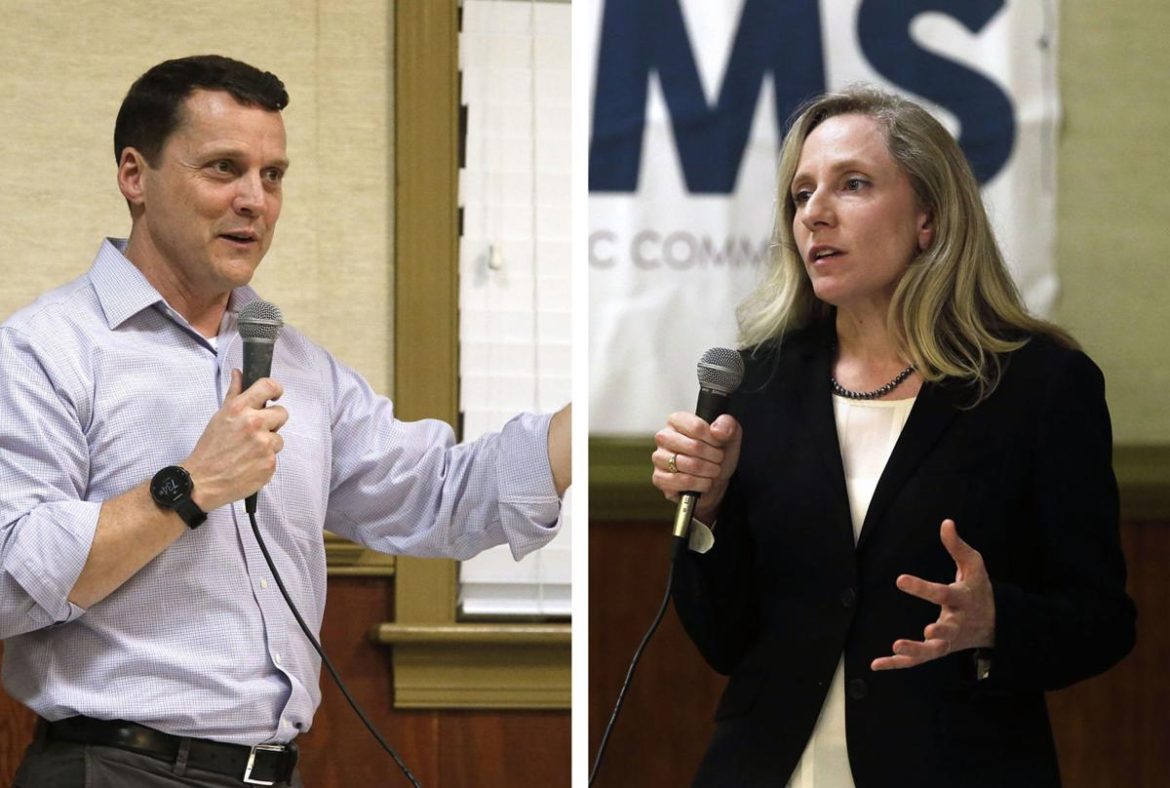 Democrats Get It Wrong in the 7th District

When I first heard that a former CIA Operative and a United States Marine were running for office in Virginia’s 7th District, I figured some crazy folks were trying to challenge Congressman Brat from the right. Turns out that the Democrat Party is all in on Abigail Spanberger, a candidate who, if nominated by President Donald Trump for a Senate confirmable position, would face tough questions about espionage and torture. Spanberger “worked to recruit people to commit espionage on behalf of the United States” (W.E.) and somehow the very same Democrats that can turn any heroic mission into something sinister can’t find anything wrong here.

I would also expect a CIA Operative to know how Senate confirmable positions work.

“Former CIA officer Abigail Spanberger is running to unseat Rep. Dave Brat in Virginia, and after working in the CIA she says Director Gina Haspel would not have gotten her vote (yahoo).”

Congresswomen don’t vote to confirm nominations. That happens in the Senate. I think Spanberger needs to read up on the office that she’s running for. She also donated $578 to Democrat Ben Hixon who challenged Nick Freitas. That shows a clear lack of judgment. All you #LibertyRising folks in the 7th need to get geared up, because the fix is in and Spanberger is going to be the nominee.

Abigail Spanberger has come up with support from groups like Emerge, a liberal California organization that trains women to run for office. In fact, 9 of the 11 women who were amongst the blue wave victors in the devastating House of Delegates elections (WP) went through training with Emerge. Emerge also has support from folks like Howard Dean and Senator Tim Kaine.

This might explain why, despite raising $60,000 less than her opponent, Dan Ward, she nevertheless enjoys 100% support from the Democrat Establishment. Once again, we are witnessing the Democrat Party attempting to control the outcome of their primaries. Dan Ward is a Marine and he has done an amazing job raising money, but there is a practical black hole of Democrat media-support surrounding him. Instead (and this is baffling) the Democrat Party has thrown all of their weight behind a candidate who, even with all their help and support, still cannot out-raise her primary opponent.

I know that it is difficult for Republicans to feel bad for Democrats, but sometimes I just can’t help it. The Republican Party allows primaries to take place and then they support the nominee. The Democrat Party, on the other hand, has zero respect for their voters, as every Bernie Sanders supporter found out the hard way in 2016. The Democrat Party chooses who they want to win and proceed to rig the elections in whatever they can. They don’t break any laws, because the Democrat Party has every right to run their own primaries however they want and to establish their own rules, but if you were a Bernie Sanders supporter, you might be asking yourself why the Democrat Party would continue such a failed strategy in the 7th District.

Hillary Clinton and Tim Kaine lost, in part, because during the Democrat Primary, those feeling the Bern were utterly marginalized by the all-important Super-Delegates. The Democrat Establishment is all-powerful and they have decided that Abigail is going to be the nominee and Mr. Ward is not, despite the fact that with absolutely no support, Mr. Ward has out-raised Spanberger.

What are they thinking?

Well, it appears that this is entirely about identity politics.

Though both women think the other Democrat in the race, Ward, is equally aligned with them on the issues, they’re attracted to Spanberger.

“I thought he was impressive, but women,” said Kennon.

“There’s a lot of energy right now around women and so I think even if Dan Ward politically would be the same — there’s just a lot of energy to elect women,” said Miller. W.E.

I honestly feel bad for the Dan Ward folks who backed a candidate who’s only real problem is that he was born male. Again, enter Emerge, Tim Kaine, and the Democrat Establishment. This is all by design. I’m certain there is good science behind the idea that Democrats are more likely to support a female candidate than a male candidate – and can you blame them? Have you seen what a lot of these big Democrat Donors like Harvey Weinstein have been doing to women? I’m not shocked one bit to learn that Democrat women don’t want to vote for Democrat men – but this Dan Ward character seems like a decent egg. It feels a little unfair to marginalize him for being male. But – Democrat politics are what they are and the Democrat Party is a Leviathan.

I wonder if Dan Ward’s supporters will show up in November after watching their party rig the election for his opponent in June. Only time will tell.

Democrats Get It Wrong in the 7th District was last modified: June 1st, 2018 by Steven Brodie Tucker

Democrats have morphed into the party of identity grievances. Virtually every issue from tax policy, to law enforcement, to international conflicts, can be transformed into an attack on the unfair white patriarchy. Of course Democrats prefer female and minority candidates to carry this message. And that won’t change until the victims of this cynical exploitation decide not to be victims anymore.