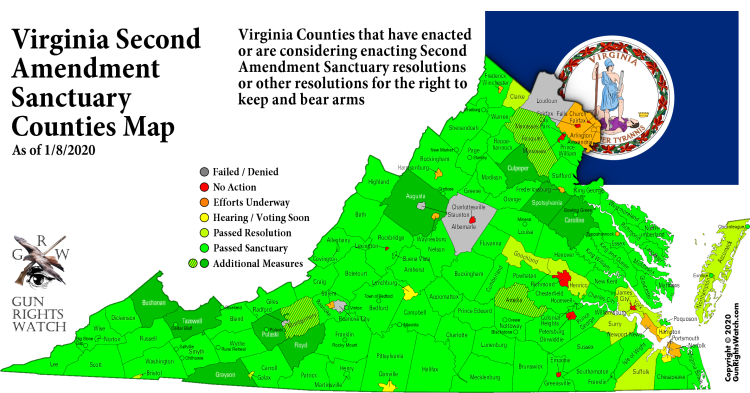 Over the last months over 100 Virginia cities and counties have let it be known to the General Assembly they will become sanctuaries for gun owners to protect their Second Amendment rights. Culpeper County Sheriff Scott Jenkins went so far as to say he would deputize thousands of citizens if necessary for them to be able to keep their guns. Sanctuary cities and counties will not enforce some of the unconstitutional bills in the General Assembly should they become law. We have written about this here and here.

Democrats in the General Assembly are not responding well to citizens defending their Second Amendment rights. While they are giving our teachers a raise they have rejected Senator Bill Stanley’s amendment to give law enforcement officers in the Sheriffs’ departments even a 3% raise.

On Thursday Senator Bill Stanley (R-Franklin) related this incident on his Facebook page:

It’s stunning how vindictive Democrats can be when citizens disagree with their actions and defend their constitutional rights. Our law enforcement officers work so hard for so little pay, year ’round during every kind of weather, day and night. Apparently Democrats don’t care that their actions will affect our law enforcement officers and their families.