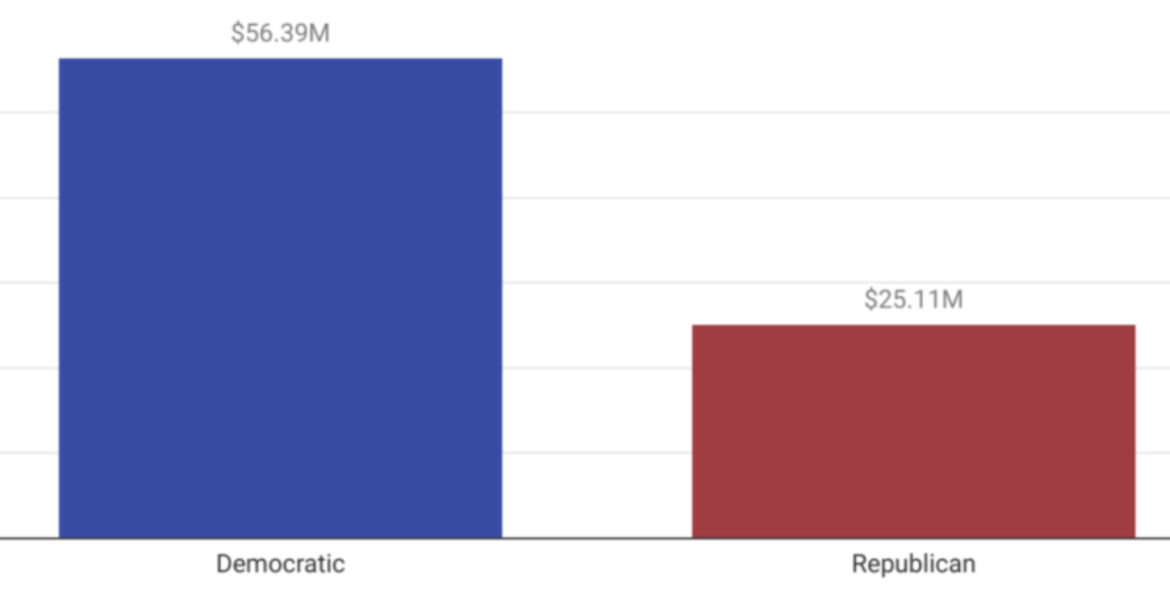 In last month’s election, Democrats running for the House of Delegates outraised Republicans by 125%.

The Democrat candidate who raised the most money was incumbent Wendy Gooditis in the 10th district of the House of Delegates. She raised $3.1 million. The next nine top fundraisers were all Democrats. The Republican who raised the most money was also in the 10th district. Nick Clemente raised $1.8 million and lost to Gooditis 48.9% to 50.9%. (The good news, under the proposed redistricting Gooditis is in a very Republican district where she won’t win again.)

The chart below has some amazing numbers. Republicans were greatly outspent and yet they picked up these seats. It shows voters are tired of Democrats and their failed policies.

Here’s the scoop — Republicans in the HOD will be pushing campaign finance reform, to limit General Assembly candidates from accepting no more than 25% of their money from out of state contributors, as most of the Democrats money was from outside Virginia. Apparently, Virginia is among only a few states that have no such limitations. This will be an interesting session in Richmond!

A lot of businesses give to incumbents. It is hard for challengers to raise money for this reason (unless there is a Soros-like network). Let’s see how the fundraising shifts now that there are more Republican incumbents.

Out stole, not out raised