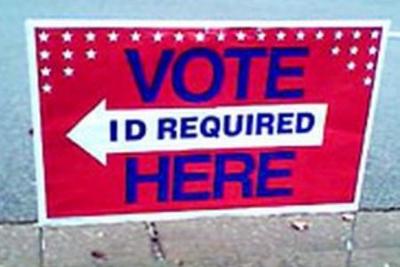 It’s a law backed by 70% of Americans, supported by every demographic group, and it even enjoys 60% approval among Democrats. And why shouldn’t they support it? You have to have an ID to do just about anything else and the lack of an ID requirement for voting had undermined voter confidence in the integrity of our electoral process.

The bill, which I sponsored in 2013, was drafted so it would comply with the framework established by the Supreme Court and it even had a one year delayed enactment clause (even though it passed in 2013, it was first applied to the 2014 general election) to give opponents a chance to challenge it if they thought they could. Of course, no grounds existed to mount a legitimate challenge and the law was implemented without incident or criticism last November. Out of more than 2 million total votes casted, less than 800 voters casted provisional ballots due to photo ID requirements, proving wrong the fears of widespread voter disenfranchisement. The Washington Post even reported that as many as 450,000 voters could be turned away–a crazy and outrageous figure that they ultimately retracted.

The reason it worked so well is that the overwhelming majority of voters have IDs, and for those who don’t, the law allows them to secure one free of charge through their local registrar’s office. Moreover, for those infirm or homebound voters, they can still vote by absentee ballot with no ID requirement. Where’s the burden there? The only burden is on fraudulent voters and those who benefit from their votes. It’s no wonder that there were no complaints after the election last November.

As reported last week by The New York Times, this lawsuit is one of several being filed nationally. These politically motivated suits, targeting primarily swing states, are intended to wreak as much havoc on the voting process as possible leading up to the 2016 elections. At its core, this is a political statement, funded by the Democrats’ most generous benefactor, billionaire George Soros, buoyed by an Obama Department of Justice that refuses to accept multiple rulings by the federal judiciary, and encouraged by Hillary Clinton’s campaign that is desperate to generate excitement among core Democratic voters.

That the attorney on this case has also worked closely with Attorney General Mark Herring should raise concerns with every voter. In fact, he was hired by Mark Herring to represent him in his recount in 2013. The Attorney General of Virginia has a constitutional obligation to defend and uphold the laws of the Commonwealth. Virginians have a right to expect Mark Herring to follow the responsibilities of his oath and not the dictates of his party and its largest donor. To date, he has failed to meet that standard, and that track record raises fair and serious concerns about whether he will provide the zealous defense that we have the right to expect.

We know why this partisan challenge has been filed. Barack Obama’s policies have had disastrous effects on the American economy, and voters across the nation are ready for real change. Repealing voter ID in Virginia opens up our electoral process to voter fraud, which only helps Hillary Clinton in 2016. In fact, it’s her best shot at winning.

Mark Obenshain is a member of the Virginia Senate, representing the 26th District, and was the Republican nominee for Virginia Attorney General in 2013.

Agreed! This is nothing but firing up a base on one side and it is a baseless claim. Oh that is right, we would have to have voters do some actual research on this and not just listen to sound bites on television as to how discriminatory this is. Once people understand the avenues available for voters to vote then they suddenly become quiet or just shout it is discrimination. Nonsense.

The suits are a blatant attempt to uphold the false narrative that there is a widespread attempt (by GOP of course) to disenfranchise and disempower the poor, the young, and people of color. Got to keep the Dem constituency stirred up.

Republican leaders, who have the power to challenge Herring in court if Herring refuses to defend YET ANOTHER Virginia law, need to hold Herring accountable if he does not appoint counsel to defend the law or does not defend it himself.  He has already refused to defend Virginia’s Marriage Amendment, Virginia’s in state tuition law, Virginia’s policy on gender identity in schools, Virginia’s law regarding abortion clinic regulations.  It’s a lot of work to get a law passed!  Herring just thumbs his nose and refuses to obey his Oath to defend the laws of the Commonwealth!  The Republicans are just as guilty for not holding him accountable when they have the power to stand up to him.

Well, Cathy, Republicans are not quite as guilty. But, that said, I wish our party would be a tad more feisty.

There are several points to be made here. Number 1. As Senator Obenshain knows the majority of Virginians both black and white support voter ID. http://www.quinnipiac.edu/news-and-events/quinnipiac-university-poll/virginia/release-detail?ReleaseID=1854

Number 2. Voter fraud cases are extremely difficult to prove and prosecute. Jeff Barnett, a Democrat who ran against Frank Wolf, has still yet to answer for a case of obvious voter fraud involving a couple claiming to live in his house who actually were living in Maryland. http://freebeacon.com/politics/virginia-authorities-investigating-potential-voter-fraud/

This case never saw the light of day and I never saw any resolution of it. The fact that the Jeff Barnett case was never prosecuted is a testament to the ridiculous notion that voter fraud does not exist.
Number 3. This complaint is a mish mash of numerous complaints including long voter lines which have nothing to do with Republicans. If you want shorter voter lines in Fairfax County tell the Board of Supervisors not to put lengthy and confusing bond issue language onto the ballots.

True and accurate in presentation to the very last written word. The filing attorney’s connection to AG Herring is a not unexpected revelation. The Clinton faction runs true to form so the media blitz will follow shortly regaling the horror of the Virginia ID laws, sans of course any facts or substance, but with plenty of dire warnings and threats of gross racial injustice.