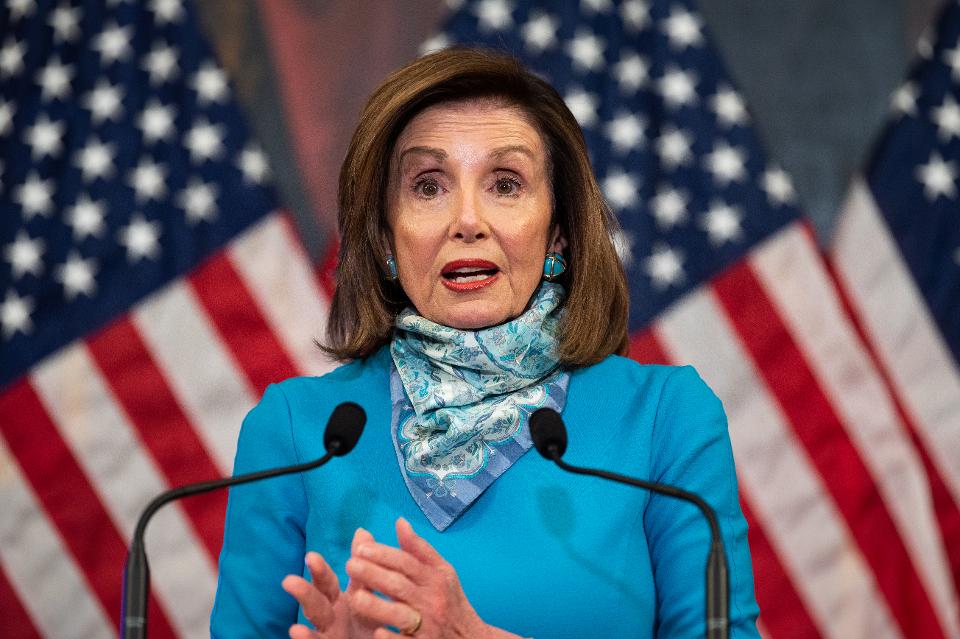 In response to the coronavirus pandemic, Congressional Democrats recently proposed passed a $3 trillion spending bill called the “HEROES Act.” (The bill barely passed on a vote of 208-199 with 14 Democrats voting against it.)

Included in the Democrats’ bill are provisions that would release murderers and other prison inmates just because they are over age 50. They would be released even if they have recently committed murder, and have served almost none of their sentence. Once released, inmates would not return to prison even when the coronavirus epidemic ends. Inmates would have to be released even if they have a communicable disease such as COVID-19. That is so even though some inmates are already deliberately contracting COVID-19 in hopes of getting released.

These provisions are found in a part of the bill called the “Emergency Community Supervision Act.” It requires the “Bureau of Prisons” to “place in community supervision” — supervised release — all prisoners who are “50 years of age or older.” (It also requires the release of juvenile inmates, prisoners with less than a year left on their sentence, and inmates with a “health condition,” such as pregnancy, diabetes, or a weakened immune system.)

So if a 50 year old murderer has just been put in prison, after being sentenced to 20 years for it, it doesn’t matter that he hasn’t served any of his sentence. He still must be released. This matters, because not all murderers are young. Many famous serial killers were still active at age 50. Albert Fish started killing at age 54, and Dorothea Puente started at age 53. Other notorious serial killers were active into their 50s, such as Peter Tobin (up to age 60), John Reginald Christie (up to age 53), and Ted Kaczynski (into his 50s).

In theory, the bill allows some dangerous prisoners to remain jailed, if a court finds strong proof that a prisoner poses a “specific” rather than generalized risk of violence. But it is hard to predict a specific violent crime even when the risk of violence is real. Criminals aren’t that predictable. They often commit different crimes after being released than they did in the past. A murderer may or may not ever kill again.

To keep a dangerous inmate from being released, a judge must not only find “by clear and convincing evidence” that the inmate poses “a specific and substantial risk of causing bodily injury to or using violent force,” but also consider the inmate’s “age” and whether detention will affect “access to adequate medical treatment.” So even if an inmate is dangerous, the inmate can still be released due to the inmate’s advanced age or substandard prison medical care.That is unfortunate, because even elderly inmates can kill again. Albert Flick is a classic example. At the age of 76, he murdered a woman, stabbing her at least 11 times while her children watched. He had previously been imprisoned for killing his wife by stabbing her 14 times in front of her daughter. Then he assaulted a woman in 2010, but avoided a long prison sentence because a judge deemed him too old to be a continuing threat. After being released from prison, he killed Kimberly Dobbie.

The Democrats cite COVID-19 to justify releasing these prisoners, but that is contradicted by the fact that they refuse to put them back in jail even when COVID-19 is gone. Under the bill, prison officials are specifically banned from taking the prisoners back to jail even when the epidemic ends. Section 191102(f) of the bill states that “No individual who is granted placement in community supervision…shall be re-incarcerated…only as a result of the expiration of the national emergency relating” to coronavirus.

That is unfortunate, because studies show that keeping inmates in prison reduces the crime rate. Parolees often commit more crimes after being released. Longer prison sentences also deter crimes from being committed in the first place.

Supporters of releasing criminals say it will reduce inmate mortality by protecting them from catching the virus while in prison. But COVID-19 doesn’t kill most inmates who get it — only a tiny fraction die of it. Many inmates who carry the coronavirus don’t even know they have it. As lawyer John Hinderaker notes, â€œTesting has repeatedly found that 95% or more of the inmates who test positive for COVID-19 never knew they had it.â€ But they can still give it to other people, such as elderly relatives whose immune systems are weaker, and who could die of coronavirus as a result.

Recently released state prisoners are testing positive for COVID-19, even when when they were screened before release, and did not show any symptoms until after being released. This is raising â€œconcernsâ€ that the disease â€œcould spread to the communities where people return upon release.” Inmatesâ€™ elderly relatives are much more likely to die of COVID-19 than criminals themselves, who tend to be younger and more able to cope with the virus. A 50-year old inmate will often have parents who are in their 70’s or 80’s, who can contract the disease from their paroled relative, and then die of it.

States have already released some inmates in response to the coronavirus epidemic. In response, some inmates have decided that getting infected with COVID-19 is their ticket out of prison. According to CNN:

Inmates at a Los Angeles County correctional facility drank from the same cup with the purpose of infecting one another, resulting in 21 cases of coronavirus, Sheriff Alex Villanueva said.

The inmates at North County Correctional Facility in Castaic are seen on surveillance video crowding the hot water dispenser, sipping the water, and also â€œsniffingâ€ out of a common mask, according to Villanueva.

Sex offenders and murderers are being released from some state jails and prisons due to the coronavirus, enabling some of them to commit new crimes. ABC News reports:

A high-risk registered sex offender was arrested Thursday for allegedly exposing himself . . . just two weeks after a controversial early release from the Orange County Jail.

Seven inmates who were deemed high-risk sex offenders were released early in April by a court commissioner, triggering criticism and warnings from county law enforcement officials who said the release was not necessary because the jails were not overcrowded.

In Massachusetts, â€œTwo convicted murderers from the North Shore are among the more than 200 inmates released by the Massachusetts Department of Correctionâ€ in response to a state supreme court ruling. One of the murderers â€œstabbedâ€ her victim â€œ108 times over the course of several hours.â€