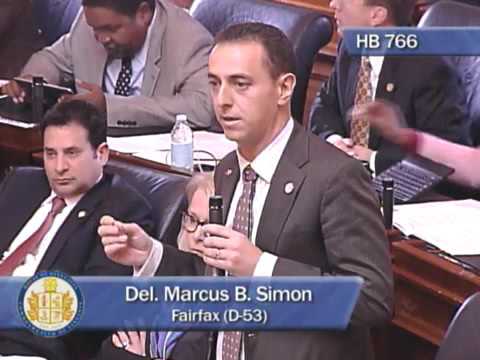 The name change came in connection with $30 million in endowment gifts to the university, including $10 million from Charles Koch, and $20 million from an anonymous donor who conditioned the gift on the changing of the law school’s name.

Predictably, Democrats howled in protest that a single university in the vast complex of progressive-dominated institutions of higher education might stray from the leftist orthodoxy that Antonin Scalia was a bigoted extremist.  Even more predictably, the left complained of an outsized influence from “secretive” and “shadowy” donors, including that of Charles Koch, their favorite bogeyman.

One Northern Virginia Democrat, Del. Marcus Simon (D-Falls Church), was so incensed that he even initiated a petition drive to “Stop GMU from selling the naming rights to the law school to anonymous donors who want to name it for Antonin Scalia.”  Simon objects not only to the choice of name, but masks his partisanship on this issue by protesting that the entire student community wasn’t polled on the choice of name.  In the Washington Post story about the naming controversy, Simon is quoted:

Removing George Mason, a Founding Father, from the school’s name and replacing it with the name of a former justice known for his controversial and extremely conservative opinions is a bold move. But not a good one.”

Aside from the obvious fact that it’s entirely appropriate to name a law school after one of the most distinguished, influential, and widely-respected jurists in American history, and beyond the fact that it is a common practice among colleges and universities to name facilities after or on behalf of major donors, what is really interesting about this story has nothing to do with George Mason, or Scalia, or even Charles Koch.

Last week officials with the Northern Virginia Community College announced that they would be naming their student services building on its Annandale campus after sitting Democrat Senator Mark Warner.  Appropriately, the dedication ceremony is to be held on Tax Day, April 15, where a plaque on permanent display at the building will be unveiled, reading as follows:

Named in honor of U.S. Senator Mark R. Warner for his personal leadership and tireless dedication as the 69th Governor of Virginia to significantly expand investments in community college facilities throughout the Commonwealth of Virginia, including this building on the Annandale Campus of the Northern Virginia Community College.

The director of NVCC’s College Government Affairs sent an invitation to Northern Virginia legislators last week, before the manufactured controversy over GMU’s law school name, to attend the dedication ceremony.  Among those invited were, of course, Del. Simon, who as far as I know hasn’t made a peep of protest.

Not a word about how the facility name was chosen.

No complaint about whether it’s appropriate to name a public facility after a sitting legislator (hint: it’s not).

No outrage over a public facility brandishing what’s essentially a permanent campaign ad for a partisan figure likely to be on the ballot again in 4 years, when he will be counting on all those young voters who pass through the Mark R. Warner Student Services Building to send him back to Washington for another term.

We all have a lot more important issues on our plates than to fuss about how respected elder statesmen are honored by public institutions of higher learning.

But if Marcus Simon and others want to object to naming a law school after a former law professor and one of the most influential jurists in history, it would be nice if they could at least pretend to not be hypocritical partisan hacks when doing so.