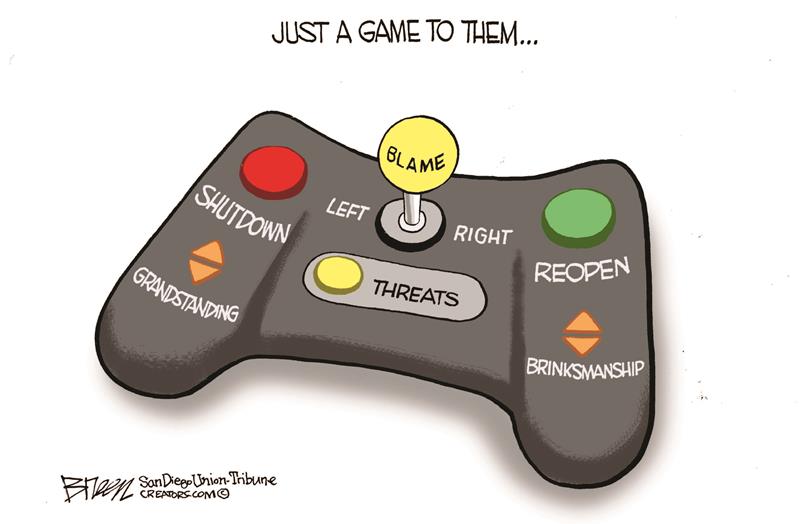 How both parties view serving the people (Photo credit: federalistpapers.org)

Many years ago, I started my federal career with the Department of the Navy.  I was employed as an engineer and was told at that time that all government employees serve the People of the United States of America.  Since I had just finished college and was about to get married, I didn’t pay much attention to the details of service to the People. All I wanted to do was keep sailors and marines alive.

About a decade into my career, a Navy Captain reminded me of the concept of service when I got annoyed about a particularly idiotic idea from a couple of West Virginia inventors.  His reminder sticks with me today – No matter how stupid or silly or idiotic or even insulting an idea is, if it came from an American citizen we owe him or her our respect and best efforts.  We would not have government employment or be needed if we didn’t serve the People.

Then came a shift in government employment fundamentals.  My GS rating became a GM rating. The “S”, which had been a reminder of service, became an “M” – and turned us all into managers.  Thus, instead of serving the People we were to manage the people.

The current FBI/DOJ situation is a stark reminder of what happens when government employees forget service to the People.  We see agents and departmental executives calling Americans stupid, illiterate, low class, and on and on. Instead of honoring service to the People we see disdain and outright animosity.

The danger to America’s democratic republic isn’t just in the idea of managing rather than serving the People.  Managing has morphed into statist, elitist and, now, totalitarian power and control. This has weakened the body politic and intruded into the public space where people are supposed to reason and debate amongst themselves.  This has fostered the idea that a small group of politicians and bureaucrats are philosopher kings. It has utterly undermined the idea that this is a government of, by and for the People.

The founders warned Americans about the tendencies of politicians to amass power.  George Washington is often cited as saying the following, “Government is not reason, it is not eloquence, it is force; like fire, a troublesome servant and fearful master.  Never for a moment should it be left to irresponsible action”. I add, – who are the irresponsible actors if not politicians and bureaucrats?

Need to create a new “G” rating since the current administration has proven incapable of serving or managing.

WTP rating. Stands for We The People

Oh, I still have my WTP hat from 1992. I supported Jerry Brown for President in 1992; and then he went on to prove that California could be governed, and her budget could be balanced.

I love every word of this story this is why I am not Democrat or Republican.
I see the stupidity of our elected and our Government Agencies and Departments.
Today they are not here to serve us but themselves and manage us to their agenda.

America you are nothing but a worker bee for the elitist scum.