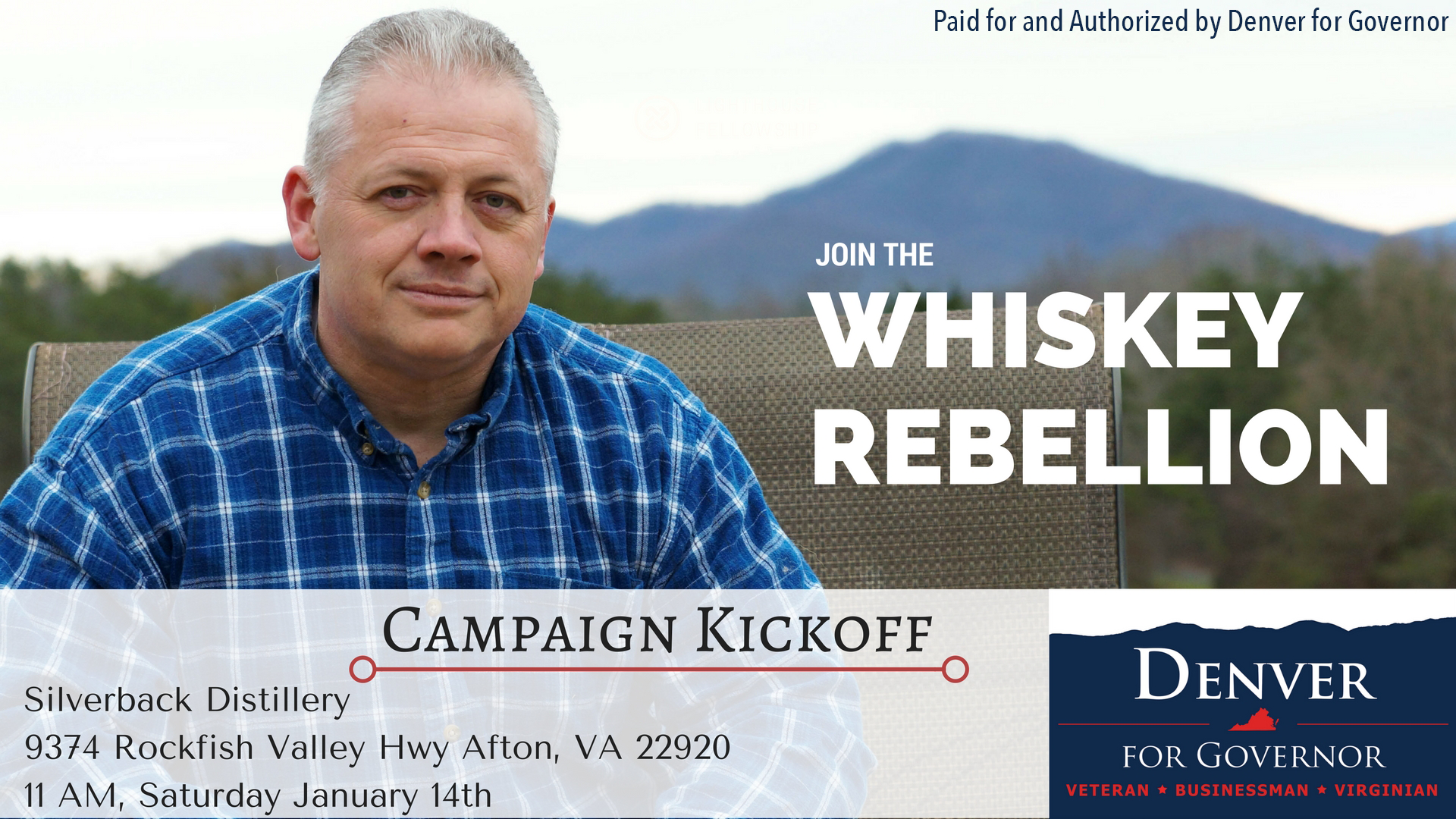 Denver Riggleman to Kick Off Campaign this Saturday!

This is the moment many of us have been waiting for and I would like to invite everyone to join me at Denver Riggleman’s Campaign Kick Off in Afton, Virginia at the Silverback Distillery. 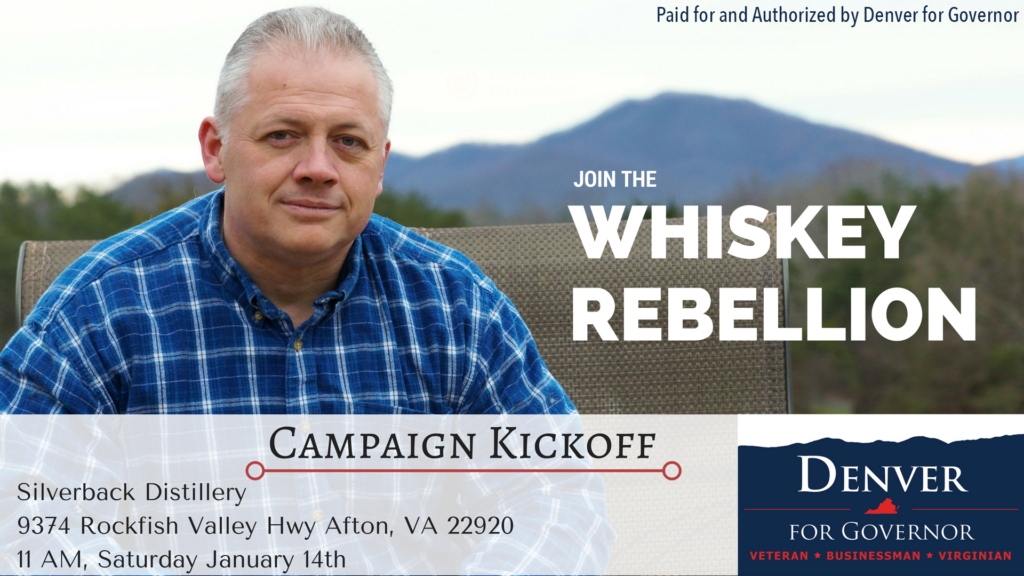 Denver Riggleman‘s long-anticipated entry into the Gubernatorial race was made real yesterday; and already Denver is receiving excellent press. The Washington Post published a piece on Riggleman Monday:

On Monday — with a news released headlined “Denver Decides” — he made it official, joining a GOP field that already had three contenders.

“I am running to radically change business as usual in Virginia,” Riggleman said in a written statement. “The plain truth is that the system is wired for lobbyists and large donors and against small business and the people. I have explored every other avenue to fight for not just myself but for the people of Virginia. I believe someone needs to use blunt force trauma to break up the good ole boy system in Richmond that, as Ronald Reagan said, ‘takes from the needy to give to the greedy.’ ”

Denver understands that many of us living in the Commonwealth have found ourselves comparatively unrepresented in Richmond, while the lobbyists and big special interests write all the bills and use their power to move their legislation through the General Assembly, while crushing bills that would help towns, counties, and small businesses. It is definitely time for a change. We need someone who has experience fighting the system and Denver has that in spades.

The political newcomer is positioning himself as a populist small-business man whose start-up distillery has been hurt by taxes and government regulation. He also has tangled with one of the state’s biggest businesses, Dominion Virginia Power, over a proposed pipeline that would cross his property.

With Denver in the race, it seems like we will see a showdown between two very likable, intelligent, and competent candidates in Riggleman and Gillespie. In December, Ed Gillespie, gracious as ever, welcomed Riggleman to the race.

“By all accounts, Denver Riggleman is a good man who is concerned about the size and scope of government just like I am,” Gillespie said in a statement. “I appreciate his military service, and if he decides he wants to serve our Commonwealth as governor, I will respect that as well and welcome him to the race. Competition is good for our party.” The Washington Post

So come on out to Silverback in Afton, Virginia this Saturday and welcome Denver Riggleman to the race yourself! It’s time to Make Virginia Republican Again!