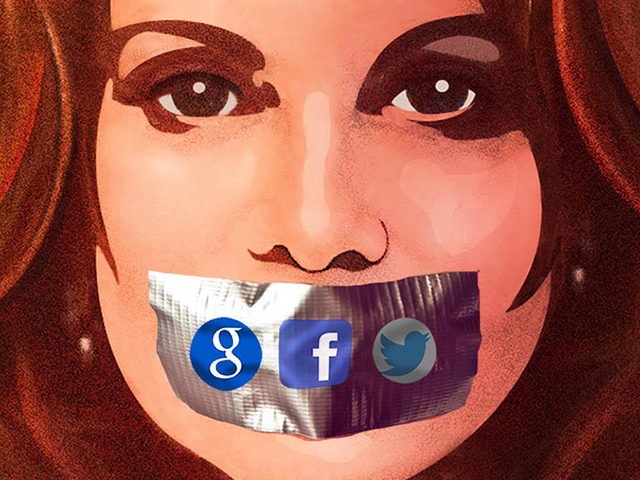 Deplatforming is political bias in action.  At a minimum, it is intended to prevent or shut down opposition speech.  Within the past year, and as part of the run-up to the 2020 presidential election, deplatforming of conservative and Republican speech has become rampant.   It is now common on Youtube, Facebook, Instagram, Twitter and many others.  Unfortunately, deplatforming has expanded into the financial and governmental arenas.

In financial deplatforming, individuals and groups are banned from processing credit card transactions.  (Some gun shops have reported that VISA will not process a gun purchase. This is particularly troublesome if the gun is purchased via an internet transaction.)  In other instances, mortgages have been denied to people who have “hate” attached to their reputations. Banks have become “woke” and are judging politically incorrect hateful activities.  There are no assurances of transactional neutrality or immunity.

Deplatforming has had an impact on hiring, firing, business development and social interactions.  An accusation of “hate” can cost an individual his job. CEOs of companies have been forced to resign because of some remark judged as hateful.  Deplatformed businesses have suffered customer losses that put the survival of the business at risk. (Chick-fil-a is constantly harassed and assaulted because of its founder’s Christian moral stance regarding homosexuality.  However, Chick-fil-a is the rare business success story in the minefield of deplatforming.) Deplatforming has led to harassment at the homes, dormitories or business offices of the “hated”. There is no safe space.

Deplatforming, however, has taken an even more dangerous turn.  The UK National Health Service (NHS) has said it will deny access to medical care based upon sexist, racist or Islamophobic complaints.  If you are very ill and want to be treated by someone who comforts you, you can be denied treatment if the medical authorities deem that your reason is hateful.  (A British woman wanted a cervical smear performed by another woman. She complained because the NHS sent in a transgender biological male. Notably, a complaint of this nature can easily result in denial of future medical service.)

This new UK government health policy appears to be an evolution of the Chinese “Social Credit System”.  In China, if you have a high social credit score, you have access to the best of government benefits. If your score is low, you get minimal public services.  “Untrustworthy” low score Chinese subjects have been punished. They have been denied access to airline tickets and universities. An ”untrustworthy” blacklist is available for public viewing.  This is tyranny writ large.

Deplatforming is a direct assault on the Bill of Rights.  In not only affects the Freedom of Speech, but most of the personal liberty Amendments to the Constitution.  Freedom of Religion, Freedom of Association, Due Process, and The Right to Bear Arms are all perverted by deplatforming.  It is only a matter of time before the socialist Democrats are able to put a “Social Credit System” in place and continue the destruction of an American citizen’s natural rights to life, liberty and the pursuit of happiness.

The social engineering aspects of deplatforming are obvious and dangerous.