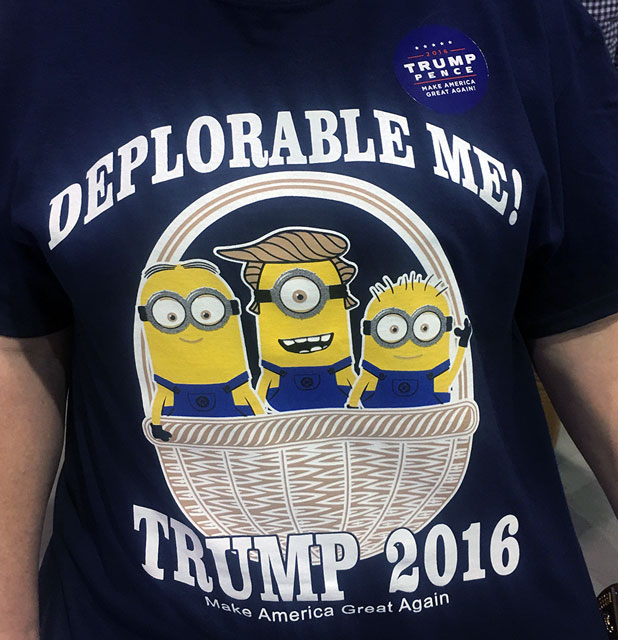 Within weeks of Donald J. Trump’s inauguration as the 45th President of the United States, there are still two counter-opposing and extraordinary cultural putsches ongoing, trying to cripple the new President prior to his taking the oath of office.

On one extreme there is still a dogged collection of Trump haters fuming over the election, plus plain ol’ squishy whiners whose greatest fear in life is offending someone. They inhabit the lofty heights of the official movers and shakers in the Republican Party, urged on by self-defining conservatives, consistently wrong commentators, and other high minded ruminators that are still surprised, gob smacked, and oblivious to how the election of Mr. Trump came about.

On the other extreme, there is the hard core radical left – which is to say the modern Democratic party, corporate media, and the radical evangelical and Catholic “left” which have been busy beavers carrying out the Gramsci outline to chew up Western civilization’s institutions from the inside out. They have been hugely successful over many decades, and believed that Hillary Clinton’s presidency would be freedoms last stand. They too, like the faux-right and the faux-media, are stunned, and simply have no idea what happened.

So, they’ll turn to violence, the only constant in radical left’s universe.

Between these two groups there is one common denominator. The extraordinary American writer and thinker, Professor Angelo M. Codevilla, gave it a name in his 2010 classic essay: The Ruling Class.

Out of the twentieth century, and reaching maturity following the Second World War, there has arisen a self-perpetuating, self-aggrandizing and culturally isolated “ruling class” in the United States. It is not defined by political party, it’s defined by cultural power.

The ruling class attend the same private schools and Ivy League universities and share every other self-identifying characteristic imaginable. They largely think alike, they largely live alike, and they are very aware of their “station,” that they alone are the keepers of what and who America is and should be.

Uniformly, the ruling class hold the average American in contempt, and they get hives over the idea that the great unwashed of Middle America get a voice in their own affairs; something about which they have striven mightily to minimize.

Which brings us back to Mr. Donald J. Trump – from Queens. Despite his wealth, he is everything the ruling class is not. The ruling class will celebrate a radical deconstructionist like President Obama or Hillary Clinton, because they agree with their radical anti-Americanism; or they will tolerate an establishment Republican, because they know they’re easily saddled.

But Donald Trump’s election cannot stand. Like Ronald Reagan in 1980, his election is a direct threat to ruling class hegemony. To understand the panic on the part of the ruling class, a review of who elected Mr. Trump is helpful.

A popular meme planted by the still-flummoxed media is that his election was on the backs of poor and uneducated whites, a code to suggest that every Trump voter was a racist, of course. But his stunning victory puts that lie to bed. Mrs. Clinton actually won the “poor” and the “rich” (over $100,000 per year) vote while Mr. Trump won two-to-one among working voters without a college degree (better than McCain and Romney), and took 44% of all college graduates, while winning white college graduates by a significant margin. Also, Mr. Trump received 44% of the total woman’s vote and won with white college educated women by a significant margin, nearly identical to McCain and Romney. Importantly, Mr. Trump won both the evangelical (81%) and the Catholic vote (52%), which was better than Romney and McCain. He also outperformed both McCain and Romney with Latino voters taking nearly 30%, and African-American voters with 8%.

It is very clear; this election was a revolt of Middle America, three quarters of whom thought that the country was on the wrong track, which correlates to Mr. Trump’s victory in 30 of 50 states, and winning in 2,623 counties to Mrs. Clinton’s 489 counties nationally.

The leading edge of this revolt was the prevalent disgust with the up-side-down world that has been created by the ruling class, who themselves never have to live with the real-life consequences of that world. Many of us have been writing and talking about this coming revolt for a decade or more.

Truthfully, it wasn’t hard to see coming except for those who simply didn’t want to see it; the “let them eat cake,” or the “noblesse oblige with other people’s money” crowd.

Average Americans have seen the rule of law reduced to a mere inconvenience for the ruling class, while it is a life-changing encumbrance for themselves. Public policy has become an assembly line for the enrichment of the ruling class while suppressing citizen engagement. Whether it is the menace of globalism, one-sided trade policy, staggering influxes of both legal and illegal immigrants and refugees, job outsourcing, taxes, falling wages, failing education, crumbling inner cities, massive drug addiction, or their government summarily turning the social order upside down and demanding obedience, Middle America was finally fed up.

The question now is will the advance of the direct talking Mr. Trump and the resurgence of “can do” America First policies, breach the walls of political correctness and multi-culturalism, tirelessly assembled by the elites of Europe and the U.S. – or will the full weight of the ruling class put a President Trump on his heels?

The answer to those questions will be decided around the dinner tables of millions of citizens personally invested in the most unorthodox, unusual candidate in more than a generation.

Are those Americans willing to spit in the eye of political correctness, be vocal about downright irrational, destructive and stupid public policies crammed down everyone’s throat, or by court “opinions,” nowhere found in the power of the courts to decide?

Are they ready to directly challenge the ruling class on the politics of corruption, cronyism and what tomorrow’s America should look like?

That seems to be the question.

Donald J. Trump won a campaign on the supposition that he was the leader ready to break some furniture. Does he have an army of deplorables marching behind him, or sunshine warriors?