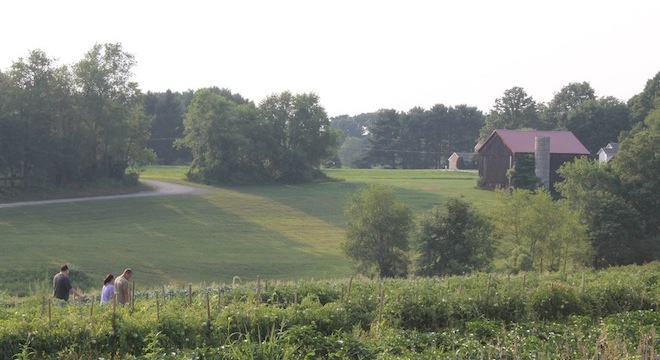 Despite improvements, SB1195 is still a warrantless search and seizure program

All 140 members of the Virginia Assembly will vote on SB1195 in the next few days.  They will have to go on record whether they like it or not.  REMEMBER:  Every Delegate is up for election this year.

The farm inspection bill, SB1195 is making its way through the Virginia General Assembly and will be on its second reading in the House today (Thursday).  The vote for passage is tomorrow (Friday).

The House version of the bill is now different than the Senate version that passed the Senate on a 25-15 vote on February 1st.  If the House approves their version on Friday, the Senate will then get a chance to consider the House amendment. Those who are interested in the details of this process can check out the House Rules 75(a) and 75(b) – click on Rules of the House in the narrative.

In the meantime, we have been looking at the federal grant that accompanied this program and found:

6-30-17. Virginia Department of Agricultural and Consumer Services – VDACS – admits that they have begun spending the $500,000 grant (including hiring staff) for this first budget period.  This bill is to give them authorization to administer this program. Neither local governments nor the private sector would tolerate a department spending money without authorization – why are we voting to condone this practice?  What’s the rush?

* It is standard operating procedure for grantees to complete a grant application for approval.  I was told by VDACS that “there really was no application in this case”, but that the approval was sought “through a series of emails”.  Has anyone seen these?

* The grant award requires a mid-year report that was due on or about 2-5-17.  One person at VDACS says that requirement was waived and another says he’s not sure, but no report is forthcoming.  Does anyone know how much state and federal money has been spent so far on this program?

* The grant award requires the state to follow federal regulations.  We are clearly not doing that by amending the bill.  I asked VDACS about this and was told that it is a concern that we would not be honoring the grant requirements.  Why are we passing legislation that could cause us to be eliminated from the program when the audit is done?

* Those who support the bill say it is better for the state to inspect rather than the federal government, but the grant award states that the federal inspectors will do site inspections.

* In addition, the farm that is being cited in southwest Virginia that had to wait so long for an inspector was a cantaloupe farm.  (Terrible situation – very sorry that this happened) Here’s what VDACS says happened.  There was a listeria outbreak involving cantaloupes nationwide in 2011.  In 2013, the FDA issued a “national assignment” to inspect as many cantaloupe farms as possible and this is how this farm was caught up in the federal inspection boondoggle.  The point is that if there is ever another national outbreak, the federal inspectors will take over and do the inspections.

This is a great time to contact your Senator and Delegate and ask them to oppose this bill. And, thank those who have recorded “Nay” votes (see below) and ask them to stand firm.

If they can’t see the light, can we make them feel the heat?

These legislators have a recorded “Nay” vote on this bill – please thank them and ask them to stand strong:

House:  Edmunds, Pogge, Ware (has only been heard in committee at this point)

Susan Lascolette is a long-time conservative and Tea Party activist from the Virginia's Seventh Congressional District. An original "Brat Pack" member from 2014, Susan subsequently became elected to the Republican Party of Virginia State Central Committee in 2016. The views expressed here are her own, and do not necessarily reflect those of her colleagues.

So glad to see my favorite Delegates, Dave LaRock, Randy Minchew, Scott Lingamfelter and Bob Marshall all voted against this bad bill. My heroes! Thank you gentlemen!

They were given cover to vote no so as to not piss off deranged elementa among my tea party brethren.. Guess who among them are up for re election this fall?

Martha Boneta has worked to improve this bill but does not support his bill. Helping lawmakers improve a bill is not the same as supporting it.

In addition, our Richmond office has been flooded with calls, emails and visits from farmers that make it painfully clear that they are not supporting this bill either.

Finally, many of the lawmakers who voted against it have significant farmlands in their districts, which is why their constituents who would be impacted by this legislation have asked them to vote against it.

This bill is well-intended. It means no harm. However, farmers have numerous concerns with this bill and those concerns should be addressed before this is passed. In just the last couple months the bill has undergone revisions and it shouldn’t be rushed through without getting the farmers on board. The sponsor and the farmers have the same goal here, but they are not on the same page yet and I think putting it off until next year so they can resolve the problems first would be prudent.

Thank you for laying out the facts, Susan. Interesting how bootlickers seem to prefer licking the state’s jackboot over fed’s jackboot.

I fail to see why it’s more palatable for the state to trample our rights than the federal government.

Here’s an idea for our state representatives: why don’t you do your job and PROTECT your constituents from the feds instead of abusing us yourselves?!

This is ridiculous trolling on the part of ‘SB1195RealFacts’

The bill is indeed equivalent to a conditional general warrant. So they can only come onto your farm and not into your house. Wow. How benevolent of them.

The bill doesn’t even prevent federal inspections. It relies on their discretion not to. How about we just let the Trump administration revoke the inspection authority, and have NO inspections that violate property rights?

Citing slater Barry Knight in support is an argument *against* this bill.

Susan, thanks for your 2nd incorrect post (3rd overall on TBE) regarding this bill.

There is no such thing as a warrant to inspect a farm producing goods for interstate commerce. A warrant would be required to search a private home, but not a farm. Terming this bill ‘warrantless’ is so blatantly false, when the AP/Washington Post/Virginian-Pilot ran a story on the bill, they immediately retracted the term, because there is no such thing as a warrant for a farming inspection. As to your VDACS information, I was in the room when you tried testifying, incorrectly, the information you claimed to have found. The VDACS representative, Chairman (and farmer) Barry Knight, and the seven other committee members all disagreed, and passed the bill out of subcommittee unanimously.

You’re calling for federal inspections over Virginia inspections. Simple as that.

People not supporting the bill:
– The Tea Party, who don’t understand farming, inspections, inspection regulation, interstate commerce, or the bill itself

Talk about one sided.

Hold on. I’m a Tea Party guy and I support 1195. I know several others who do but out of fear of retribution they refuse to stand up and be counted.

I will be blacklisting anyone that votes for this.

Yeah, screw you too. And stop buying produce grown in Va.

Why would they do that? Many Virginia farmers ARE Tea Party!

Scuze my sarcasm. I buy American and especially Virginia grown as often as I can. Right now some farmers see the tea party attacking legislation they asked VDACS to champion to defend them from Fed abuse. VDACS is not a jack booted thug, not even, despite Carol Stopps and others behavior.