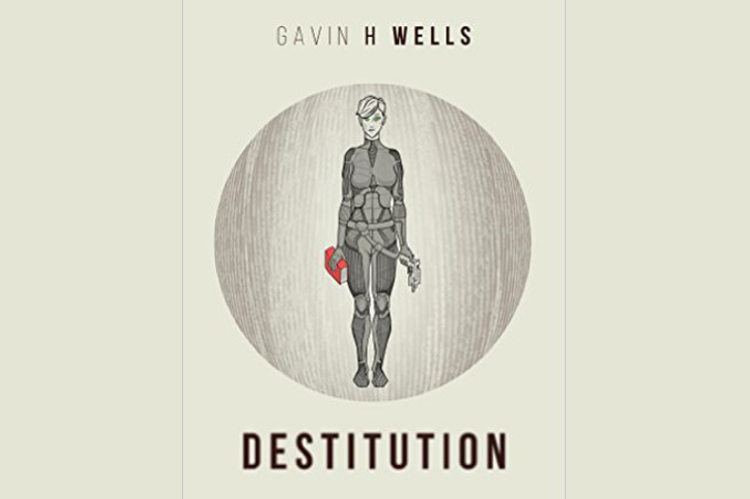 The news this summer has been disturbing and depressing: Supreme Court imposing homosexual marriage on all states, racially-motivated murders and crime, and unborn baby parts being sold for profit and spoil. Ironically, a dear friend of mine has recently published a new dystopian/sci-fi novel depicting an alternate society that is trying to eradicate every member of an influential faith organization that doesn’t lineup with their progressive, uniform agenda. The novel is Destitution by Gavin H. Wells. It shows a culture being fooled by the language of “love,” “freedom,” and “progress” and turning against an entire group of innocent people. Sound familiar?

While I’ve not read much Sci-fi Dystopia, Destitution just as a novel was thrilling and unexpected. It also contained a lot of double meaning throughout, which I enjoyed uncovering. The book perfectly blended high-energy action with moral, societal, political and religious undertones and conflict. It challenges you to really wrestle with the concepts of liberty, choice, identity, and faith—and to compare the events of the book against what we see happening in our own country today.

One last point. Reading Destitution reminds me of Andrew Breitbart’s famous maxim: “Politics is downstream from culture.” For decades, the institutional left has owned the culture, artistically promoting their agenda through movies, television, books, music, etc. And they’ve been very effective in persuading the general public to embrace some of their views. As a result of their relentless work, the political outcomes are often pre-determined, and we end up with more government control in our lives.

I offer you Destitution as a counter-example. It is a recent addition to the growing body of high-quality artistic work conservatives and libertarians have been producing, using cultural means to sway public opinion back in the right direction. In using the power of a story (or as Christ would have called it, a parable), Destitution shows the true nature of tyranny.

This book is a creative way to help soften hearts and minds toward the principles of liberty and faith. Buy it as a gift for a friend!  I believe it’s critical for Christians, conservatives, and libertarians to all support and promote works like these when we find them (assuming, of course, they are actually well done, and not totally cheesy).  This is essential if we want any chance at preventing the culture from slowly (or quickly) devolving into a place where faith and freedom are no longer recognized—the very place, by the way, that Destitution so emphatically warns about.